On paper, it looks like a simple change. But it could be the most significant update to Minnesota’s sexual harassments laws in years — one that could impact employees and employers in every industry across the state.

A proposal from House Republican Majority Leader Joyce Peppin would add a single new line to the Minnesota Human Rights Act’s definition of sexual harassment: “An intimidating, hostile, or offensive environment does not require the harassing conduct or communication to be severe or pervasive.”

That language would nullify in the state a decades-old “severe or pervasive” legal standard used by judges to determine if any sexual harassment case could be actionable — or even heard — in court. In all workplaces, employees have the opportunity to take a sexual harassment claim to court through the state’s human rights act or the federal Equal Employment Opportunity Commission. And many want to, especially if they feel they were harassed and unfairly terminated or didn’t agree with the findings of their human resources department.

But appeals in the courts often end before they even begin, Peppin said. “Lawyers talked about how they would have potential clients and they would outright tell their clients, ‘Well this isn’t enough, this is not going to even be a case,’” said Peppin, R-Rogers. “The severe or pervasive level makes it nearly impossible, if not impossible. We were pretty shocked by some of the cases that we read of harassing behavior that happened and there was no opportunity for someone to have their day in court.”

Courts have gone ‘off the rails’

The “severe and pervasive” standard came out of a 1986 United State Supreme Court case brought by Mechelle Vinson, who was hired as a teller-trainee at a bank in Washington, D.C. at 19 years old and said she then endured three years of sexual harassment and assault at the bank by her supervisor, who she said coerced her into having sex, made demands for sexual favors at work, exposed himself to her in the office and raped her on several occasions. She argued such harassment created a hostile working environment and a form of unlawful discrimination under Title VII of the Civil Rights Act.

It marked the first time a sexual harassment case made it all the way to the nation’s highest court, and ultimately, the justices ruled that sexual harassment was an illegal form of discrimination. But the ruling also established the “severe or pervasive” standard, which required the conduct to be so severe that it affected the conditions of the victim’s employment and created a hostile working environment.

Over the years, a clear definition of that standard never really emerged, and federal judges — particularly in the 8th Circuit Court of Appeals — applied it so narrowly that it made it nearly impossible to even get a sexual harassment complaint to the courts, said Sheila Engelmeier, an employment attorney with more than 30 years experience. She listed the kinds of behavior that could be rejected by federal courts by their reading of severe or pervasive standards: peeking in a peep hole while someone is going to the bathroom more than a dozen times, grabbing a woman’s breasts, flashing body parts or even asking someone to perform oral sex does not meet the standard, she said.

“The federal courts in our jurisdiction have essentially gone off the rails on defining what is enough to be severe or pervasive under federal law,” she said.

Now, more than 30 years after the Supreme Court case, some judges have asked for more clarity on the issue, even as they reject cases under the severe or pervasive standard.

Last December, a woman tried to sue her employer, non profit Homeward Bound Inc., after she said a coworker repeatedly called her “beautiful” and “sexy” and commented on her appearance. One day he told her he would “eat her” because he likes to “eat women.” She brought the issue to her boss but an investigation found her claims “inconclusive.” She ultimately resigned because she said her employer did not allow her the flexibility to work away from the male employee harassing her.

In his ruling, Hennepin County District Court Judge Mel Dickstein admonished the behavior of her former co-worker but said he could not grant a hearing for her case because it did not meet the legal standard. “Our courts need to revisit the issue of what facts constitute those ‘sufficiently severe or pervasive [acts],’” Dickstein said. “Cases which emanate from the 1980’s, 1990’s, or even the first decade of the present millennium no longer accurately reflect conduct that alters the conditions of a victim’s employment and creates an abusive working environment. Times change, and with them so too do the standards of conduct.”

“It is not a leap to say that gone are the days when men can use the workplace to further their prurient interests,” he added. “Unwanted sexual advances, belittling sexual banter, touching, and mocking sexual language are no longer viewed as merely boorish, obnoxious, chauvinistic, or immature—they should be actionable.”

The #MeToo movement has put a focus on the culture of sexual harassment in state politics and in workplaces across the state. Peppin, who chairs a House subcommittee on workplace safety, said at first she didn’t understand why women were accusing Weinstein of harassment in the media instead of taking him to court. But after weeks of testimony from legal experts in the committee, she realized why: It was nearly impossible for them to do so. “In many cases, it was, well this didn’t happen 10 times so it’s not pervasive enough,” Peppin said. “In my opinion, if something is really horrible and horrific and it happened one time, that is enough. It shouldn’t have to happen 10 times for it to be able to bring forward a case.” 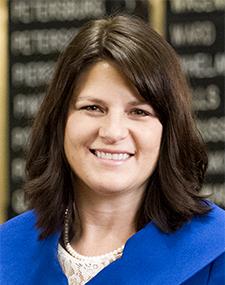 Peppin plans to introduce her bill on Monday, and she’s gained support from several House Democrats. She’s also found a co-sponsor in Sen. Karin Housley, R-St. Mary’s Point. Housley said she knows it’s late in an already short legislative session, but she thinks it’s important to take an action this year. If the proposal passes, Minnesota would be the first state in the nation to allow judges to look beyond the “severe or pervasive” standard.

“People expect us to get something done when we’re at the Capitol,” said Housley, who is running for Franken’s old U.S. Senate seat against Sen. Tina Smith. “This would really let them know that their voices were heard.”

Opposition to the bill is expected, particularly from the business community, where some fear eliminating the standard could open up employers in the state to a bevy of new sexual harassment lawsuits. After the 1986 Supreme Court case, sexual harassment legal claims filed with the EEOC rose from about 10 per year to more 624 in 1987. Claims grew even more in the 1990s after the highly publicized Anita Hill hearings, at which the law professor accused Supreme Court Justice Clarence Thomas of sexual harassing her while they were colleagues in government.