A year after lifting a 150-year-old prohibition on Sunday alcohol sales, Republicans in control of the Minnesota House and Senate are debating behind the scenes whether they’ll do much of anything to change the state’s liquor laws this year.

Legislators typically pass some kind of liquor bill each session, measures that often include local liquor licenses and other provisions requested by individual lawmakers. Over the last several years, however, the liquor bill has become the center of the debate around making way for the booming craft distilling and brewing industry in the state, which was instrumental in pushing for the repeal on the Sunday liquor sales ban and otherwise modernizing the state’s prohibition-era liquor laws.

In 2017, several key House Republicans, including Speaker Kurt Daudt, led the charge on repealing the ban — and now they want to continue to tweak state liquor laws. The House liquor bill would move the legal opening time for liquor stores on Sunday from 11 a.m. to 10 a.m. while leaving the 6 p.m. closing time in place but allowing liquor stores to stay open until 8 p.m. if Christmas Eve or New Year’s Eve falls on a Sunday.

The bill would also allow commercial establishments that make wine or liquor on-site, particularly farm wineries around the state, to offer samples of their products, as long as they’re not also selling them. The proposal also approves a number of local liquor provisions for cities like Minneapolis, North Mankato and Hubbard County.

“The House takes a very laissez faire, capitalist view of the craft breweries, wineries and distillers,” said Rep. Jim Nash, R-Waconia, the author of the House’s liquor bill this session. “We recognize this is an industry that is flourishing, it’s on the rise, and we want to help facilitate it’s growth by doing what we can to help make Minnesota more business friendly.”

Those differences will likely be hashed out in a conference committee, where members from the House and Senate try to create a single proposal to send to Gov. Mark Dayton for his signature. For his part, Dahms said he’s not at all interested in changing the Sunday liquor store hours anytime soon.

“The religious community didn’t like [Sunday liquor sales], and understandably so. They wanted to move it to noon, and the folks in the House wanted 10 a.m., and we compromised at 11 a.m.,” Dahms said. “That’s how the bill moved forward and I’m not interested in changing that time.”

The House bill also allows the new Edina location of Restoration Hardware, the California-based seller of high-end  furniture, to sell wine to customers as they walk around the store. The location has a restaurant onsite that sells alcohol, but the business would need special approval to serve alcohol throughout the premises. The Senate bill does not include that proposal.

“I don’t think the House views that as controversial at all,” Nash said. “It’s something that encourages people to spend time and shop locally. At a time when brick and mortar stores are trying to get people to frequent them, that’s something that just might be attractive to someone.” 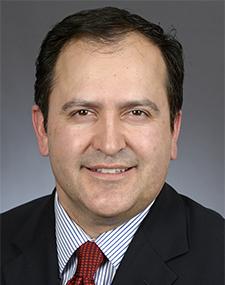 The differences on the liquor bill this year also foreshadow a potential push and pull between the chambers on other liquor issues going forward, particularly as several House members tee up other, potentially much bigger changes to state liquor laws.

Rep. Jon Koznick, R-Lakeville, introduced a bill late this session — a sign he’s likely prepping it for a debate next year — that would require a city or county to allow any establishment licensed to sell 3.2 percent alcohol beer to also sell full-strength beer. That would mean most convenience stores could sell real beer, as is the case in many states.

Another proposal, authored by Nash, would allow any food retailer in the state — including grocery stores, co-ops and convenience stors — to receive multiple licenses in a city to sell beer, wine and Minnesota-distilled spirits. Currently, state law prohibits alcohol in grocery stores, which is why liquor stores attached to a grocer must have a separate entrance, and an owner can have no more than one retail liquor license per city. That bill could come up for an informational-only hearing as early as next week.

“This has not really been addressed in depth at all,” Nash said. “We are just sort of nibbling at the edges and we have to know that the landscape of this type of business is changing and we need to tweak the laws to reflect that change.”

Dahms said passing Sunday liquor sales was a big change. “This year has been a little slow,” he said, adding that he’s not ready to predict what could happen next year. “I’m taking it one year at a time with alcohol,” he said. “We’ll see what next year does.”

Is a behind-the-scenes debate at the Legislature foreshadowing more big changes to Minnesota’s liquor laws?