Gary Schreifels spends a lot of time thinking about what happens after you flush your toilet.

He thinks about the miles of pipes that carry the toilet water all the way to the wastewater treatment plant. He thinks about all of the things that could potentially clog up the system once it gets there, like rags and baby wipes. He thinks about all the different treatments that make the water clean again, including the microorganisms that feast on the waste and the chlorine that disinfects the water right before it’s discharged back into streams and lakes.

It’s all part of Schreifels’ job as public works director for the city of Glencoe, a bedroom community of 5,600 an hour west of the Twin Cities. “Wastewater has always been out of sight, out of mind,” he said as he walked around the town’s wastewater treatement plant, amid pools of sludge stripped out of the water and waiting to be shipped off to fertilize nearby farmland.

But depending on what happens at the Minnesota Capitol this year, more people might be thinking like Gary Scheriefels — about what happens after they flush their toilets.

That’s because up to 300 cities like Glencoe across the state are dealing with wastewater treatment plants that are in desperate need of upgrades, especially with new state and federal standards to keep waterways clean. It’s become a $22 million problem in this tiny city, one that will likely mean more than doubling monthly fees residents pay to flush away their waste water.

It’s also central to several debates at the Capitol this year, including a package of construction projects that will wrapped up into a bonding bill, used to fund capital projects around the state. There’s bipartisan support to pump a significant amount of money into projects like Glencoe’s, even if people like Schreifels worry that it still may not be enough.

A ‘crisis’ for small towns and cities

Last week, local government officials lined up in the Senate Capital Investment Committee to plead with legislators put significant money in the bonding bill this year for wastewater projects.

The city of Albert Lea, with a population of about 18,000 people, is facing a $72 million bill for its wastewater treatment project, which could cause wastewater rates to triple to roughly $90 per month. In Glencoe, city officials have already approved increased wastewater and sewage fees on residents from $33 per month to $65 per month. The city of Redwood Falls, a city of about 5,200 people, faces $16 million in costs to update their wastewater facilities. Marshall, a city of about 13,600, is facing a $10 million project that could force it to increase water prices by 35 percent.

The officials were in St. Paul supporting a bill that would pump $167 million into wastewater treatment projects in the bonding bill. In the scope of a bonding bill that could be anywhere between $600 million and north of $1 billion, it’s one of the largest single pieces up for discussion in this year’s bonding discussion.

So far, the idea has bipartisan support. DFL Gov. Mark Dayton has proposed $167 million for wastewater projects in his bonding bill, which includes $1.5 billion in total spending. Republican legislators in control of the Legislature have also introduced bills in the House and the Senate to fund $167 million for wastewater projects. Much of the money in the proposal would help bolster state and federal loan and grant programs that already help cities complete those projects.

But even that amount of money is nowhere near enough, testifiers said. The Minnesota Pollution Control Agency expects there to be $5 billion in wastewater treatment improvements needed in cities and towns across the state over the next two decades. 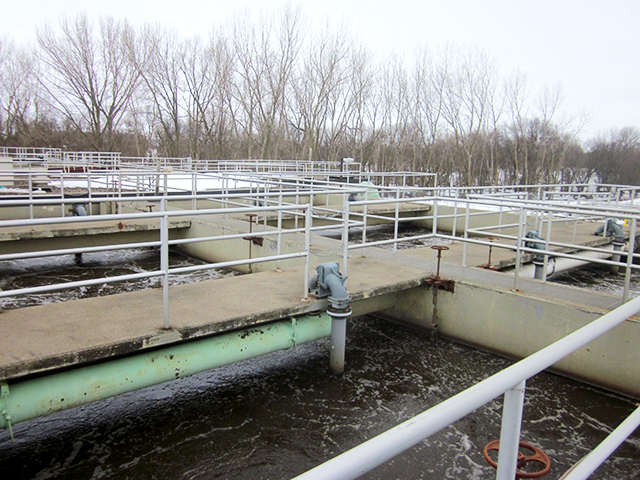 Part of the issue is that many wastewater plants across the state were built decades ago and are reaching the end of their useful life. They were already in need of repairs and upgrades, testifiers said, but now cities are also dealing with new water quality standards for levels of things like phosphorus, chloride and other elements in the water.

Another challenge for cities are the limits on the current state grants in terms of how much each city can get. A separate bill moving in the House and Senate would require state wastewater grants to backfill costs so that no city outside of the metro area is paying for more than 50 percent of the total costs related to wastewater projects. The bill also requires grants to help cities that are facing wastewater rates that are more than twice the annual residential wastewater rates in the Twin Cities metropolitan area (the current annual residential rate in the metro area is $274, or roughly $23 per month).

“We have some some good grant programs; they are just simply not sufficient enough to cover the costs of what is facing these particularly communities,” said Marty Seifert, a former House Republican majority leader who now works for the Coalition of Greater Minnesota Cities, which supports the bill. “I don’t use the word crisis lightly,” he added. “But I do think we’re at that point.”

But some DFL legislators cautioned against using a metric like annual rates to measure which cities should get grants. Part of those costs in the metro are incorporated into property taxes, Rep. Alice Hausman, DFL-St. Paul, said.

Rep. Rick Hansen, DFL-South St. Paul, said the costs will just continue to go up until legislators figure out what other factors or point sources might be increasing levels of certain elements in the water, outside of wastewater treatment plants. “People don’t want poop in their water, and they don’t want their babies to turn blue,” Hansen said. “I don’t think this is the answer. It just shifts around who pays for cleanup and the costs continue to go up.”

‘Out of sight, out of mind’

As Schreifels walks around Glencoe’s aging wastewater treatment plant, first built in 1954, he talks about the proposed upgrades they could make if they get funding in the bonding bill. The changes would move the plant farther away from Buffalo Creek, which runs at the perimeter of the plant, and add things like ultraviolet technology for purifying water.

Schreifels points to a clear gushing stream of water in the final stage of its treatment just as its about to get pushed out into Buffalo Creek. He said he cares deeply about quality of that water, which runs through his community and eventually connects to the Mississippi River. 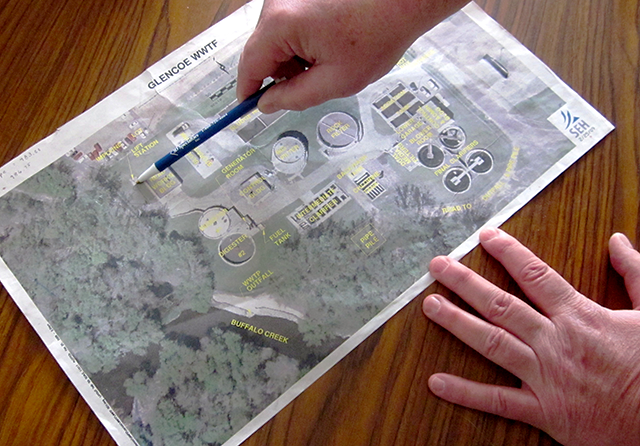 The plant recently had to dramatically reduce the level of phosphorus it was discharging into the creek to meet new water quality standards, which is a big part of the $22 million cost to upgrade their facility. He knows wastewater is never going to be top of mind for most residents, but it might become that way if the cost of flushing their toilet keeps going up.

“The public expects to open the faucet and get a drinking water supply that meets state standards,” he said. “Then you expect to flush the toilet and it’s out of sight out of mind, but it still has to meet state standards.”

New bonding dollars will help in the short term, he said, but the costs could keep going up, especially if cities don’t figure out what other sources might be contributing to the higher levels of phosphorus and other elements in the water.  “We are doing more than our fair share,” he said. “We need to look at other contributors.”