The public’s window to comment on the first draft of Minneapolis’ next comprehensive plan, Minneapolis 2040 — which will be used to guide future development in the city — ended Sunday. To get a sense of the biggest issues involved —  and what happens next —  MinnPost sat down with the plan’s architects, including Minneapolis’ long-range planning director, Heather Worthington.

Let’s backup. What, exactly, is Minneapolis 2040?
It’s a policy document, one mandated under state law to be created every decade and subject to oversight by the Metropolitan Council, which governs regional growth in the Twin Cities. It aims to serve as a policy framework for the city of Minneapolis’ investments around housing, infrastructure and zoning over the next two decades. To create the plan, for the past two years city planners studied how people live, work and get around in the city to forecast how those patterns may evolve. The initial draft of the plan, which is likely to change over the next few months as it’s taken up by the City Council, is available online in a 265-page PDF, and includes interactive maps that show, parcel-by-parcel, how the city could develop going forward.

What’s new this go-around?
Ten years ago, dealing with climate change wasn’t as big of a priority as it is now. A key aspect of doing so is cutting greenhouse gas emissions: buildings need to run with cleaner forms of energy and people need to rely less on driving. (An analysis by city staff found that — in order to make a City Council-sponsored goal of reducing emissions 80 percent by 2050 — everyone in the city needs to cut their number of car trips by more than one-third.)

That means zoning the city in a way that makes goods and services and jobs more readily accessible in more parts of the city. At the same time, planners want to guide the bulk of new housing and employment opportunities to areas with reliable transit routes.

Another big priority for the plan: racial equity. Planners say the city’s equity focus is manifest in many ways, but a big one is a push to create more production and processing jobs — which often pay better than service sector jobs — by preserving commercial zones for businesses that do that type of work. “One of the biggest disparities we have between white people and people of color in Minneapolis and Minnesota is unemployment and wages,” said Paul Mogush, of the city’s department for community planning and economic development, which has led the effort to draft the comprehensive plan. “Those businesses can’t really compete in the market with higher-value land-use, such as housing — housing developers can pay more for a piece of property than an industrial user can.”

There’s also the most controversial aspect of the plan: a proposal to allow multi-family housing of up to four units (fourplexes) across the city — including in neighborhoods now currently zoned exclusively for single-family homes.

What’s behind the proposal to change the zoning in neighborhoods now reserved for single-family homes?
The city’s long-range planning director, Heather Worthington, says the answer to that question begins at the turn of the previous century. Back then, neighborhoods often included a variety of housing types, from multi-family buildings to duplexes to small apartments to single-family homes. But in the 1920s came the city’s first racially restrictive covenants, which prohibited particular groups of people from occupying or buying property, particularly people of color and Jews.

Then, after World War II, the federal government’s subsidization of home loans provided the impetus for a building boom — but only in certain areas. “They redlined big parts of the city,” Worthington said, and many neighborhoods became whiter and more affluent as a result. In the 1970s, Minneapolis “double-downed on that equation” by deeming those same areas only for single-family homes.

Also, the city’s investment on fixed-rail transit, an early streetcar system, around the turn of the 20th century pushed wealthier people to the edges of the city, much like places nationwide. Through the comprehensive plan, she said, “we’re looking to ways to reverse those trends.”

Why has the fourplex idea emerged as the plan’s most controversial point?
Through heated meetings with city officials, emails, phone calls and various yard signs (“DON’T BULLDOZE OUR NEIGHBORHOODS” is a popular one), opponents of the draft plan have criticized it as a misguided approach that will overrun the city with buildings out-of-character for many single-family neighborhoods. Some opponents of the plan have also argued that the idea lacks specificity about how it would accomplish the city’s goals around housing affordability, or that it will give developers too much power.

On the other end of the spectrum, supporters of the greater density (who have their own signs: “End the shortage: more homes now”) say the plan will move the city in a better direction to combat rising housing costs. But some even in that group want more from the plan, such as stronger protections for renters or requirements for large-scale housing developers to include a certain number of affordable units in otherwise market-rate projects.

City staff and consultants are working with council president Lisa Bender to address the latter concern, which could take the form in an “inclusionary zoning ordinance.” The city is doing an analysis to determine the specifics, and Bender hopes to pass some sort of framework alongside the 2040 plan, according to a city spokesman.

How did the city come up with the fourplex idea?
Planners have been hearing from people in neighborhoods zoned for single-family homes, especially older folks looking to downsize into apartments, who don’t want to leave their community but are having a hard time finding any options, Worthington said. It was also seen as a way for homeowners to gain new income streams by converting single-family homes into duplexes while providing more rental options and access to needed services. “It’s a great way to improve people’s access to those areas if they live in areas of the city that are impoverished or are less close to amenities, like grocery stories, schools and transit,” she said. 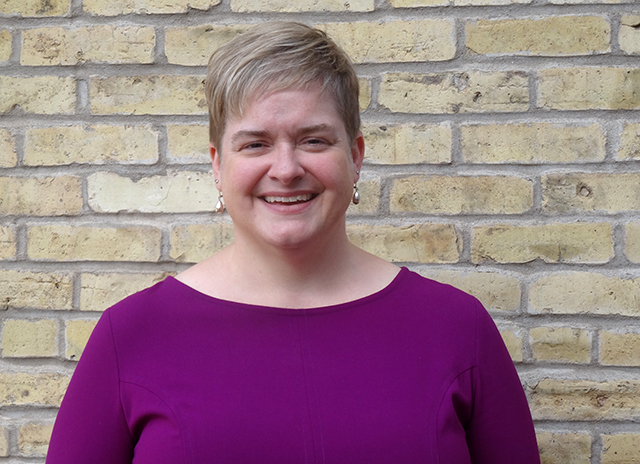 City of Minneapolis
The city’s long-range planning director, Heather Worthington: “If you allow density, and you regulate it for affordability, you will get more affordability.”

Planners have tried to temper concerns about the fourplexes by pointing out that the companies behind high-rise, multi-unit apartment complexes are not interested in building fourplexes, and by emphasizing that the city hopes to control the scale of new multi-family housing so that it keeps in line with neighborhoods’ character. A proposal to allow for taller buildings of up to six stories along transit lines operates under that idea, too, she said.

What’s the most misunderstood part of the plan, as far as the city is concerned?
Worthington: “That density — what we’re asking the city council to guide in terms of density — will equal affordability. We have not said that, we don’t believe that, we know that’s not the case. What we have said is, if you allow density, and you regulate it for affordability, you will get more affordability,” since otherwise units will go at market rate.

Are there other cities Minneapolis is trying to learn from in putting together zoning proposals in the 2040 plan?
“We definitely have looked at Seattle, Portland and San Francisco in terms of the failure category,” Worthington said. “I don’t know that we’ve identified a city that’s gotten in right yet,” nor did she recall a city that has proposed this type of comprehensive zoning change for single-family neighborhoods. But she also noted that many cities didn’t go as far as Minneapolis did in restricting single-family zoning in the first place. “We’re a little bit of an outlier in that area.”

What about people who say the plan doesn’t go far enough to prevent displacement or help renters?
Worthington: “If you’ve created a dialogue where some residents think we haven’t gone far enough and some think we’ve gone too far, we’ve probably finding that sort of sweet spot in the middle,” emphasizing the plan’s long range and draft state.

What about parking?
In the past, every building needed some type of off-street parking under city code, which can drive up construction costs that get passed to renters with higher rents. (One parking space can cost $20,000.) The City Council has tried to reduce those requirements over years, especially for projects along public transit lines. But the 2040 plan proposes doing away with that offstreet parking requirement entirely and letting the market dictate building. “Just from a practical standpoint, it’s hard to get financing for a large building without including parking, so I don’t think this will eliminate parking,” Worthington said.

What happens now?
Worthington’s team of more than a dozen people will read every submission about the plan, which includes more than 7,000 comments, to identify common themes. They’ll release a second draft in late September, after which the Minneapolis Planning Commission will host a public hearing about the new draft of the plan. The City Council hopes to vote on a final draft before the end of the year.