The first real sign that the Hennepin county attorney election was going to be different this year came in May: Inside a north Minneapolis high school auditorium, an energetic crowd of political activists greeted Minneapolis lawyer Mark Haase with warm applause and a standing ovation. But when current Hennepin County Attorney Mike Freeman took his turn to speak, the same audience chanted: “Justice for Jamar!”

It was the county’s DFL convention, where delegates had come to choose the person they thought best fit to represent the party in the fall election. Haase, 50, who has never run for office before, beat Freeman, 70, on the first ballot, 249 to 134. That surprised even Haase. “It’s just so intense, and it goes very fast. And then suddenly we won,” he recalled.

It’s been more than a decade since Freeman faced a threat to keep his job as Hennepin County’s chief prosecutor. But fueled by anger over police shootings and racial inequalities countywide, activists have tried to tap into disaffection over his leadership of an office that deals with some of the region’s most polarizing issues, from sexual assaults on college campuses to gun violence to problems with gangs.

The new energy around the race not only marks the first major test for Freeman in 12 years. It also illustrates a shift in the DFL Party, as a new form of progressivism shakes up once-sleepy races. Hennepin County Commissioner Peter McLaughlin also failed to receive the DFL endorsement — the first time that’s happened in 27 years.

“There’s always a fascination with something new,” Freeman said, of the challenge. “This is a big, huge, massive job that requires regularly from me everything I have — I’m at the top of my game,” he added. “No one who knows me or watches me thinks I’m ready for retirement.”

The Hennepin county attorney, who serves a four-year term, oversees a staff of more than 400 people, including almost 200 attorneys, who deal with thousands of cases each year. (Both Haase and Freeman will be on the Nov. 6 ballot; since the race is technically nonpartisan, there is no primary.)

The job of county attorney often comes with intense public scrutiny, usually due to high-profile criminal cases. After announcing last week he would not file criminal charges against white police officers who fatally shot Thurman Blevins, a black man, Freeman is currently facing a backlash from activists seeking an end to police brutality and its disproportionate effect on people of color. On Tuesday, dozens of people protested the decision outside the Hennepin County government building. At the same time, Freeman has also had to deal with questions stemming from a recent investigation by the Star Tribune over officials’ mishandling of sexual-assault cases, which Freeman called a “necessary wake up call.”

Freeman’s time in the public spotlight spans decades. The son of former Minnesota governor Orville Freeman, he graduated from the University of Minnesota Law School in 1974 and soon after began working as a law clerk and later as a trial attorney. He jumped into politics in the early ’80s, successfully running for a spot in the state Senate to represent Richfield and parts of Bloomington. That momentum led to his 1990 election as Hennepin county attorney, a title he kept until 1999. The year before, support among DFL elites and others had given Freeman the confidence to run for governor. Yet despite having the party’s endorsement, he lost the 1998 primary to Skip Humphrey, who would go on to lose the general election to Jesse Ventura.

In 2006, when his successor as county attorney, Amy Klobuchar, left to run for U.S. Senate, Freeman put his name back in the running for the office. That November, he beat Andy Luger — who had the DFL endorsement that year — by almost 19 points.  It was the last time Freeman faced an opponent.

That streak ended this April, when Haase (pronounced hah-see) announced his candidacy — a decision that came after community leaders and political allies approached him about being a strong contender against Freeman, Haase said. “There is a path to do this,” he recalled them saying. “There is a hunger for change.”

After graduating from the University of St. Thomas’ law school, Haase led a small family-law practice and worked for the Council on Crime and Justice, a now-defunct Minneapolis-based nonprofit, and was later a lobbyist for such groups as the Minnesota Association of Criminal Defense Lawyers and Restore the Vote Minnesota. Right now, he serves as a government relations director for the State of Minnesota’s IT department.

As a candidate, Haase’s main pitch is about bringing innovation to the office. “Mike Freeman is sure not being innovative enough, or being bold enough in his ideas, and he is not connecting with communities enough,” Haase said. “In the United States, and Hennepin County included, prosecution for a long time has really focused on convicting and winning cases. … (But) prosecutors’ primary duty is to seek justice within the bounds of the law, not merely convict.” 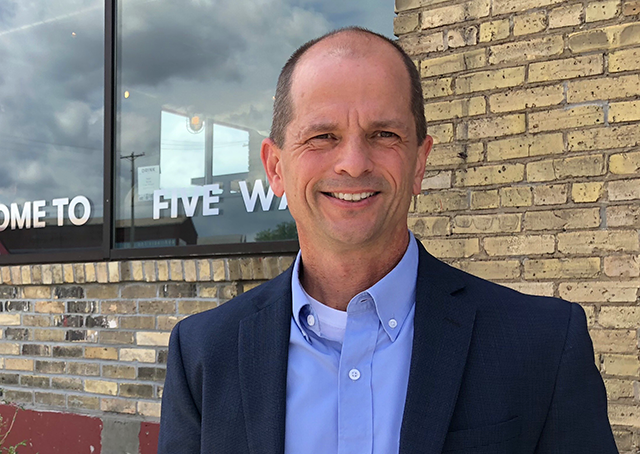 MinnPost photo by Jessica Lee
Minneapolis lawyer Mark Haase: “There is a hunger for change.”

Haase declined to comment on specific cases, but he said that, if elected, he wants to create a “police charging advisory panel” of criminal justice experts for officer-involved shootings to win back public trust in the county prosecutor’s decision.

Also on Haase’s list of goals: to conduct a countywide assessment of sexual-assault cases; change the cash bail system; and simplify the sealing of records for nonviolent crimes. He also wants to address the racial disparities among defendants, particularly among children and teens, with more programs that divert or rehabilitate youth outside of the traditional criminal justice system.

‘It’s not my prosecutors shooting people’

Freeman acknowledges the system’s racial disparities. He emphasized the importance of diversifying the office’s staff to reflect the community, and the value of initiating evaluations to better understand the problem. But he also said that Hennepin County isn’t grappling with some of the problems that plague district attorney offices in other parts of the country. “There is clear racism in some offices,” said Freeman said, who is currently the president of the National District Attorney’s Association. “There is not here.”

To voters, Freeman is highlighting his work throughout his five terms in helping victims of domestic violence; cutting down on truancy; keeping more children out of the criminal justice system and reducing prosecutions for low-level marijuana crimes. He’s known for taking a firm position on gun crimes, or seeking higher sentences for defendants when firearms are involved.

If elected to another term, Freeman said he would advocate reforming marijuana laws; conduct more reviews to understand racial disparities and “with other criminal justice partners, we need to figure out how to handle police-shooting cases better.”

But that would mean figuring out how to improve the Minnesota Bureau of Criminal Apprehension’s process for investigating them and working with police departments, he said. “It’s not my prosecutors who are shooting people; my prosecutors are having to deal with the cases.”

In response to criticism over his handling of the cases of Blevins and Jamar Clark — Freeman decided to not charge the Minneapolis cops who fatally shot the 24-year-old black man in 2015 — Freeman emphasizes that the law allows little room for prosecutors to file criminal charges against police officers.

“ ‘Justice for Jamar’ translates to ‘charge the white cop,’ ” he said. “But if you or anyone else read the whole file, you realize that the very high standards for you to charge cops was not met because Jamar Clark had his hand on the cop’s gun.”

Freeman hasn’t been afraid to criticize some of Haase’s ideas. Haase has advocated changing a state law that requires judges to hold public hearings for 16- and 17-year-olds charged with felonies. Haase wants judges to decide on a case-by-case basis whether to have open hearings, in an effort to lessen the crimes’ impact on teens.

Freeman said the law in its current form, allowing access to the proceedings and court records, lets the public see if the system is treating teens fairly. “Without openness, you don’t know that,” Freeman said. “I’ve thought that through carefully.”

That’s just one example of what Freeman says is Haase’s naivety. And despite the calls among activists for a change in leadership, Freeman said the majority of people he’s approached on the campaign trail, whether door-knocking or at community events, support his re-election.

“They know how tough this job is, and I’ve had people come up to me and say, ‘I didn’t agree with your decision on this or that, but I admire your guts.’ ”