While campaigning for a spot on Hennepin County’s board of commissioners, Angela Conley hears the same thing again and again: Few people even know the role of the board — much less who represents them. But her pitch for a seat representing the board’s District 4, she says, makes them care about the race for the first time.

Meanwhile, Conley’s opponent, incumbent Peter McLaughlin, says people are rushing to fill out ballots and elect him for another term because they’re so fired up by Donald Trump.

Whatever the motivation, more people in Hennepin County are choosing to vote now than in recent primary elections, early tallies show. Roughly 15,300 people countywide have already filled out ballots ahead of the Aug. 14 deadline — almost double the total absentee count in 2016. Minneapolis voters cover about half of that total. (Election officials are keeping track of who’s voting by ward, too.)

The surge in voter participation — which extends statewide — comes as a new form of progressivism asserts itself in races that incumbents have long sailed through without much competition. Frustrated by racial inequalities and a lack of diverse leadership countywide, political activists are not only fueling Conley’s challenge against McLaughlin, they are also heating up the race for county attorney, signaling a change in priorities for the DFL party on a broad scale. “There is this desire to bring new leadership to all levels of government that are a reflection of the community,” said Conley, who does job assistance for the county.

If elected, she would be the first person of color on the board.

For voters in Hennepin County’s District 4, which covers much of the eastern half of Minneapolis, Conley and McLaughlin will be on the primary election ballot along with Megan Kuhl-Stennes, 34, an environmental activist and urban farmer in Minneapolis who has secured the Green Party’s endorsement. The top two vote-getters in the primary will move on to November’s general election.

“When we have these competitive races up and down the ballot — that drives voter engagement and it drives youth engagement,” said Chuck Leisinger, Conley’s campaign manager. “Both of those things are positive from my perspective.”

For McLaughlin, 68, the changing climate in the DFL became apparent at the party’s convention this spring: He failed to receive the DFL endorsement for the first time in 27 years. Conley, 40, who’s never run for office before, received the majority of delegates’ vote, but not enough to win the endorsement herself. An attendee tweeted: “This convention feels like a sea change in many ways.”

Both McLaughlin and Conley call themselves progressives. They agree leading Minnesota’s most populous county means pushing against the Trump administration and state Republicans. That pitch is particularly crucial given that District 4 represents the very bluest part of the county. All together, seven elected officials make up the board of commissioners, each serving four-year terms. Three seats are up for election in 2018.

The board is responsible for divvying up the county’s massive budget — this year it totals $2.4 billion (or more than $1 billion more than the city of Minneapolis’) — which means commissioners play an integral role in managing regional growth by deciding when and how to fund certain services. While navigating between local municipalities and federal policy, commissioners will have to address a pervasive homelessness problem; a broken mental-health system; an outdated computer network for county programs; and disparities among white residents and those of color in terms of employment, health-care access and beyond.

“These big systems — we need to make sure that they function well,” McLaughlin said. “It’s not like I’m tired. … I bring my A-game every day.”

‘Leadership does not look like the people that we’re serving’

Born in South Minneapolis, Conley says her knowledge of the county’s problems at the ground level is unmatched. Among her roles as a neighborhood activist and government employee, she once worked as a case manager at Our Savior’s Housing, a Minneapolis homeless shelter, which she said gave her a firsthand look into what factors help people achieve permanent housing.

She started working for the county in 2000 processing applications for welfare. Later she took a similar job with the state of Minnesota, auditing food support benefits. She returned to Hennepin County to work in the health and human services department, where she now oversees contracts with community nonprofits that provide job help for low-income residents. It provides a “birds-eye view” of what happens to people in extreme poverty, she said.

She began preparing for her jump into politics more than two years ago, when she started asking questions about diversity in her department — and the rest of county government.

“Upper leadership does not look like the people that we’re serving,” she said, which to her seemed counterintuitive to the county’s goals around reducing racial disparities. “I have these deep roots within my community and feel like, with that, that’s how you lead.”

If elected, Conley wants to create a new Race Equity Advisory Council that’s made up of  community members and experts who are directly impacted by racial disparities. She also is pushing for an end to the cash-bail system; new bike lanes on county roads; different ways to lessen the county’s impact on the environment; and commissioners to get out and about more — especially after teaching so many people about the board’s role while campaigning.

“You know, whatever happens after November, these people are now interested in this level of government,” Conley said. “That’s huge.”

‘The elections are about taking an assessment’

McLaughlin says he fell in love with Minneapolis when he moved here from New Jersey more than four decades ago. He came for graduate school at the University of Minnesota’s Humphrey School, and stayed for the neighborhood activism and work. His first job out of college was at the Urban Coalition of Minneapolis, a nonprofit that dealt with racial discrimination.

By the mid 1980s, he had won a seat in the state House representing parts of Minneapolis. That role put him on the front lines of statewide tax changes and transportation projects. It also paved way for his election to the Hennepin County board, in 1991. After more than a decade on the board, however, he tried getting another job: mayor of Minneapolis, challenging incumbent R.T. Rybak in 2005, a campaign during which he criticized Rybak’s leadership and ideas around public-safety. He lost the race by a wide margin.

As Hennepin County commissioner, McLaughlin has pushed successfully to consolidate the region’s libraries and, more recently, construct Target Field and change the name of the former Lake Calhoun. He’s most known, though, as the force behind much of the political maneuvering required to expand the county’s light rail system. And it’s that ability — to push his agenda, no matter critics at the state or local level — he often points to in touting his bid for re-election. 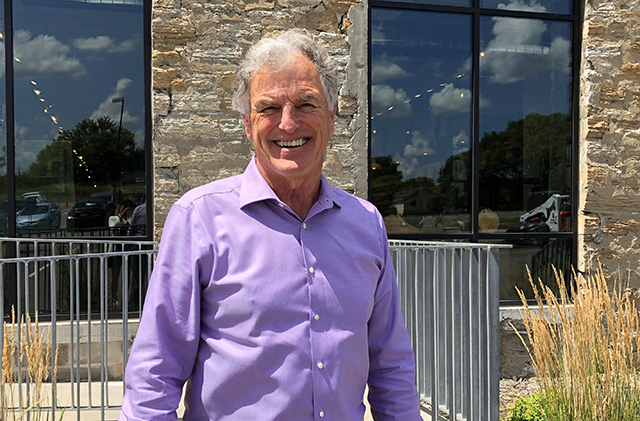 In addition to emphasizing his commitment to expanding light rail, McLaughlin also hopes to continue work around programs that incentivize affordable housing and train people for employment, among other goals.

And to supporters rallying behind Conley for her new perspective, he said in an interview: “Yes, I’m not a person of color. Yes, I’m not a woman. But I have had the life experiences that directly feed into my ability to do this job. … What I’m asking people to do is step back; the elections are about taking an assessment.”