As Minnesota digests Tuesday’s primary results for state and federal offices, here’s what unfolded in races specific to the Twin Cities.

The race to represent the board’s District 4 just got more tense. With all precincts reported, just 1,146 votes separated 27-year incumbent Peter McLaughlin and political newcomer Angela Conley after Tuesday’s voting, which means that both will go forward to compete in November’s general election. Eliminated from the nonpartisan race after Tuesday’s primary was a third candidate, environmental activist Megan Kuhl-Stennes. 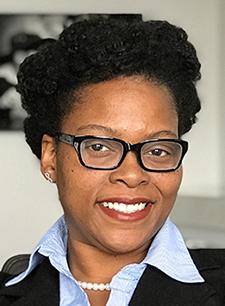 “I was excited. I was also shocked,” Conley said after watching results stream in with supporters and campaign volunteers at a home in Minneapolis’ Bryant neighborhood. “That is a huge win for us, and the momentum is going straight to November.”

Conley is a neighborhood activist who currently works for Hennepin County. If elected, she would be the first person of color on the board.

McLaughlin said he wasn’t surprised by the primary’s tight outcome. “We’re very pleased with the results,” he said. “We knew it was going to be close.”

Also up for election this year: An open seat on the board’s District 2 — which represents parts of Minneapolis as well as Golden Valley and Plymouth — after current Commissioner Linda Higgins’ retirement. The crowded field of five candidates narrowed Tuesday night, with community activist Irene Fernando and former Minneapolis Council Member Blong Yang moving ahead to face each other on the Nov. 6 ballot. Fernando secured just over 33 percent of the vote, while Yang received about 26 percent.

Come November, Stanek will face Dave “Hutch” Hutchinson, a sergeant with Metro Transit who got almost 35 percent of votes Tuesday. “Stanek’s going to be hard to beat; he’s got a lot of money,” Hutchinson said in a Facebook video to supporters Tuesday afternoon. “This is just a test for the general. We have to get our butts in gear.”

No longer will the public be hearing about David Martinez — the candidate who has been arrested multiple times since filing for office — at least in election news. Primary voters selected Mitra Jalali Nelson to represent the northwest St. Paul ward. 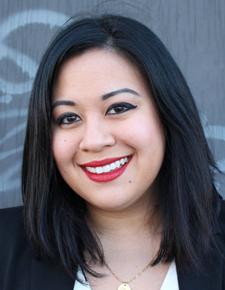 “This is about making room for all of us in our democracy,” Nelson said in a speech to supporters Tuesday night, available via online. “When we bring people who are less heard, that actually helps everybody.

It was a special election after former City Council President Russ Stark, who vacated the seat to work for Mayor Melvin Carter, so Nelson will assume office this month or next.

Primary voters also decided on top candidates for District 3 and District 5 on Ramsey County’s board of commissioners.

Votes for Trista MatasCastillo, a veteran and affordable housing activist, surpassed District 3 incumbent Janice Rettman by a significant margin. MatasCastillo won 44 percent of the vote, compared to Rettman’s 29 percent. Both candidates move on to compete against each other in the general election in this nonpartisan race.

District 5 incumbent Rafael Ortega sailed through the primary with more than 79 percent of the vote. He’ll face James Jaeger in November.