News
Rural Dispatches
Rural Dispatches is a yearlong series about the challenges and opportunities in Minnesota’s small towns, made possible by a grant from the Blandin Foundation.
April 8, 2016

WALKER, Minn. — As the afternoon crowd began to grow on St. Patrick’s Day, at the American Legion club a few blocks from Leech Lake, bartender Eric Bright mixed another glass of Dubliner Irish Whiskey with 7-Up.

Bright, wearing jeans, a black baseball cap and a green T-shirt made to look like a wide-lapelled tuxedo, surveyed the demographics in the crowd: gray-haired veterans wearing their military branch caps, couples eating dinner, young women and men leaning against the bar. A March Madness basketball game played on several flat-screen TVs.

“This place isn’t geared only toward the older vets,” Bright said. “It’s typical to see a mixture, on Friday and Saturday nights, especially, of people anywhere from 21 to 70 years old. The older members just enjoy being here, and the entertainment in the evening brings in the younger crowd.”

Bright, who served in the Army for two years and the National Guard for six more, was deployed overseas twice – to Iraq in 2003 and then to Egypt, about a decade later. After he returned from Egypt last July, he soon began tending bar here at Spencer-Ross Post 134.

A few years ago, the post spent $1 million to renovate the club, turning it into a sports bar-like restaurant with a full menu, seven big-screen TVs, a pool table, a karaoke bar and internet access – upgrades that have proven to be a draw in this town of 930 people.

Compared to other Legion halls? “This one is different,” Bright said.

Fewer than 80,000 veterans in Minnesota are members of the American Legion, which was founded nearly a century ago, in 1919. Twenty-five years ago, before the World War II generation began to fade into history, membership stood at 137,000. (Post 134 has about 490 members). The decline has led to the closing of perhaps 100 clubs; a few posts have closed, as well, but the state still has about 540 posts — some 400 of them outside of the Twin Cities region.

Al Zdon, the communications director for the American Legion in Minnesota, said rural Legions have managed to hold on to their special niche as gathering places for their communities, giving them a bit of staying power. (At the same time, he noted the popularity of some newer posts in suburban communities like Apple Valley and Osseo).

“Nearly every town has a Legion post, and they tend to be the center of the community to some degree – for weddings and anniversary parties, people going to have a beer,” he said. “For that reason, they have stayed (vital).” 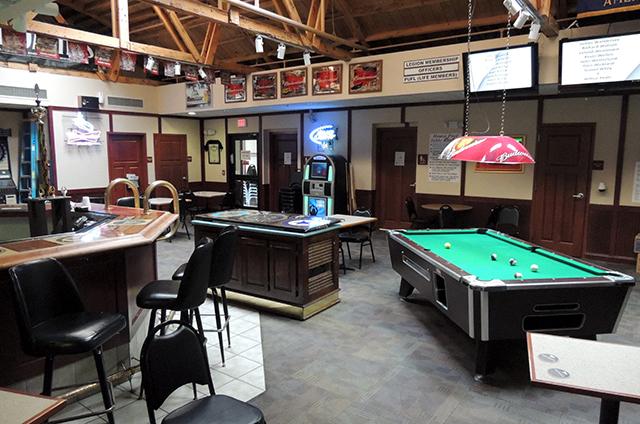 MinnPost photo by Gregg Aamot
The Walker Legion was renovated, at a cost of $1 million, in 2009.

Even so, leaders here and around the state recognize that Legions must adapt to the cultural forces that are making it difficult for many traditional organizations to attract younger people. Jim Kellogg, the state commander of the Legion (his home post is in Adams, population 800, in far southeastern Minnesota) said the biggest challenge Legions face is showing the public they aren’t just places with “a bunch of old guys sitting around telling war stories.” Promoting more family or youth-oriented activities will help, he said.

“I think that image is slowly changing,” Kellogg said.

The Walker Legion, seeking to involve veterans outside the doors of its club, has found value in a kind of informal outreach.

Last summer, for instance, Post 134 covered meal expenses for veterans and their families at a retreat at Leech Lake’s Hiawatha Beach Resort run by a veteran’s group, the Wounded Warrior Project. The post also provided each veteran at the retreat with a $50 gas card.

A few years ago, one of the post’s younger members, Tommy Stangel, volunteered to help at the event, organizing fishing guides. Stangel, who had served in the Navy, quickly earned a reputation as someone veterans could talk to, so the Wounded Warrior Project asked him if he would be willing to take veterans fishing year-round. Now, every week, he takes two veterans fishing on Leech Lake; one recent pairing included a man from Iowa and another from Michigan.

In the summer, Stangel, who is 31 and also tends bar at the Legion, acts as guide and dock boy, taking the veterans around the lake and cleaning their catch; in the winter, he hosts the veterans in his ice-fishing house, which is outfitted with bunk beds. All of the veterans who take part have been wounded in combat, some suffering from post-traumatic stress disorder (PTSD).

“I take them out and just try to help bring them back into society after their experiences with war and talk through some of their issues – on a friendly basis, not like a psychiatrist drilling them in an office,” he said. Besides fishing, Stangel helps to organize side outings for veterans’ families, like movies or trips to the Dairy Queen. 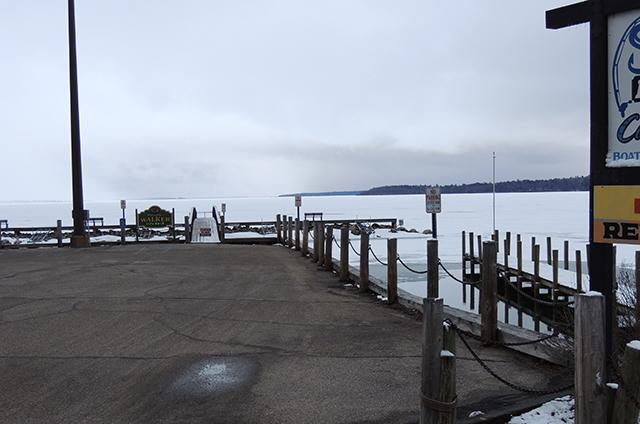 “Fishing is an opportunity for these guys to forget about everything in life and just relax – just breath for the first time in a while,” he said. “Some of these guys have locked themselves in their bedrooms and don’t want to talk to anybody because there is too much in their heads about the decisions they had to make.”

Post 134 is also planning a veterans’ event at Camp Bliss, a wellness retreat near Walker that has helped people struggling with PTSD.

The next generation of leaders

Post 134 benefits from its location on the southwest shores of Leech Lake, a popular fishing spot that teems with tourists and anglers in the summer. It has also gained some members from the closings of other posts. But like most Legions, it is aging.

Adjutant Fred Rogers said the American Legion, broadly speaking, needs to “come up with a game plan” to attract younger veterans – perhaps by creating “family spaces” in the clubs and promoting more family-oriented activities, like the Walker post’s annual Easter egg hunt. Rogers, who is 68 and served in the Navy during the late 1960s, said, “Legions can hang on – if they change their identities and work to draw more families.”

At the end of May, Jarrod Mankie, who is 45, will become the post’s commander. Mankie and his wife, Jenelle, Air Force veterans who run Northern Peace Funeral Home in Walker, are both active in the Legion. The Mankies see the generational handoff as a chance to rethink how the Legion can reach out to younger veterans living near Walker.

One of his first orders of business, Jarrod Mankie said, will be upgrading the Post’s Facebook page and figuring out ways to make better use of other social media tools. Jenelle Mankie said she would like more women to join the post (off hand, she could think of three female members) and will serve as a sounding board for her husband in his leadership role. Having more women, she said, “would give (the Legion) a bit of the diversity that it needs. Men and women think differently, so it would be good to have that mix.”

Jarrod Mankie said current members are very active in Walker (singling out a bikers group called the Walker Legion Riders for special praise). Yet when he was asked whether he felt confident about the Legion’s long-term viability, he paused and then said: “I would like to say so. However, with other posts closing, it concerns me that we need to try and do something.”

He added: “I have a real feeling of pride and honor that brings me through those doors. The question is, ‘How do we continue with that?’ ”