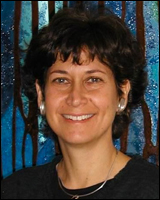 A new analysis of the cancer risk posed by airport body scanners should ease the concern of the flying public — even frequent fliers.

The analysis, published Monday in the Archives of Internal Medicine, reports that the radiation doses from backscatter X-ray scanners are too small to pose any significant cancer threat.

(Our bodies are continuously absorbing radiation from natural sources, most notably from the sun, cosmic rays and radon released from the earth.)

Still, despite the exceedingly low risk, Smith-Bindman and Mehta caution in the paper that the “scanners should not be deployed unless they provide benefit-improved national security and safety.”

“Issues have been raised regarding the efficacy of the scanners, and if the scanners are not deemed efficacious they should not be used,” they add.

The two researchers also add a caveat to their risk analysis of the scanners. They based their calculations on the assumption that the machines would operate as designed. Human error or machine malfunctions could, however, alter the radiation doses — and the risk.

As Smith-Bindman and Mehta point out, the U.S. Transportation Security Administration (TSA) has not permitted scientists to have access to scanning machines to conduct independent assessments of them.

“It would seem prudent for the TSA to permit additional testing to verify the safety of the devices,” the researchers write.

Two types of machines
Two types of full-body scanners are currently in use at airports. One, the millimeter-wave scanner, emits very low-energy waves. Each scan, say Smith-Bindman and Mehta, releases the equivalent of a small fraction of the energy of a cell phone. Those scanners are generally considered safe and were not part of this new analysis.

Backscatter X-ray scanners are much more commonly used in U.S. airports. (Some 1,000 are expected to be in U.S. airports by the end of 2011.) They emit low-dose X-rays. Unlike the X-rays used in medical imaging, which pass through the body, the X-rays in the scanners are absorbed mostly by the body’s superficial tissues, such as the skin.

Skin cancer is therefore the major concern raised by the widespread use of these machines, although, as  Smith-Bindman and Mehta point out, the backscatter X-rays can also be concentrated in breast tissue.

But, they add, the doses emitted by the backscatter scanners are so small that it’s difficult to even come up with a mathematical model that can accurately estimate future cancers that might develop from the scanners’ use.

Putting it into perspective
Here’s one way, say Smith-Bindman and Mehta, to put the exposure in perspective:

By comparison, each backscatter scan exposes an individual to 0.03 to 0.1 uSv — or the equivalent of about one to three minutes of flight time.

Given this assessment, they add, the risk of developing cancer from the scanners — even among frequent fliers — is negligible.

“Among 1 million frequent fliers who take 10 trips per week for a year, where each trip lasts 6 hours in duration (ie, 60 hours of flying per week), 4 additional cancers could occur from the backscatter scans,” explain Smith-Bindman and Mehta. “These 4 excess cancers need to be considered in the context of the 600 cancers that could occur from the radiation received from the flying at high elevations, and in context of the 400,000 cancers that would occur in these 1 million individuals over the course of their lifetimes.”

The risk is low even for children, they add. They estimate that for every 2 million 5-year-old girls who fly one round-trip each week, one additional breast cancer could occur from the scans over the girls’ lifetime.

“Based on what is known about the scanners, passengers should not fear going through the scans for health reasons, as the risks are truly trivial,” Smith-Bindman and Mehta conclude. “If individuals feel vulnerable and are worried about the radiation emitted by the scans, they might reconsider flying altogether since most of the small, but real, radiation risk they will receive will come from the flight and not from the exceedingly small exposures from the scans.”