Concern is growing over comments U.S. Food and Drug Administration Commissioner Margaret Hamburg made recently about loosening the FDA’s conflict-of-interest rules for who can serve on its expert advisory panels. 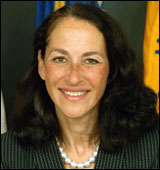 These are the experts who advise the FDA about which drugs and medical devices should be approved — and which ones should be pulled off the market when evidence suggests the products are unsafe and/or ineffective.

Since 2008, experts with financial conflicts of $50,000 or more are barred by FDA rules from participating on the agency’s 50 or so expert panels. Waivers are sometimes issued, but only if strict guidelines are followed.

Hamburg now appears to want to weaken those rules. She says her agency is struggling to fill the FDA’s advisory panels with knowledgeable experts who are free of financial conflicts of interest.

Balderdash (or words to that effect), say health-care watchdogs.

An existing list
One of those watchdogs is Minnesota’s own Gary Schwitzer, a former University of Minnesota journalism professor and current publisher of the website HealthNewsReview. Last week, Schwitzer sent a letter to Hamburg in which he referred the commissioner to a list of “industry-independent experts” that he posts on his website for journalists to use.

He suggests that Hamburg try those experts if she’s having trouble filling the slots on her advisory panels.

The list was initially put together in 2008 by two journalists, Jeanne Lenzer and Shannon Brownlee (now acting director of the New America Foundation Health Policy Program). Both women co-signed Schwitzer’s  letter to Hamburg.

“The list includes some of the most renowned researchers, epidemiologists, and specialists in the world,” the letter states.  “… We are revising the list and updating it with the most recent contact information and new members. We will gladly forward the new list to you as soon as possible. Given the recent scandals involving industry influence on clinical guideline writers, FDA advisors and academic researchers and clinicians, we hope you will reconsider the necessity of loosening conflict of interest rules for FDA advisors.”

The nonprofit Project on Government Oversight also sent a letter to Hamburg last week in which it pointed out that it’s still possible to find highly qualified experts who are free of industry ties:

“According to a federally funded study of 2914 academics published in Health Affairs and presented at Georgetown University in June, almost half of U.S. academic researchers have no relationship with industry. Around one-third of these researchers are full professors. Furthermore, a study published in the Archives of Internal Medicine surveyed hundreds of experts who helped create clinical care guidelines published by the American College of Cardiology and the American Hearth Association. Forty-four percent of those participants had no financial conflicts.”

Pressure from politicians
The FDA has been under mounting political pressure to speed up its review process for new drugs and medical devices. As noted by Bloomberg News, “Republicans in Congress and manufacturers have criticized the pace of FDA reviews as too slow, blaming unanticipated requests for safety information from FDA staff and advisers.”

But Republicans aren’t the only ones in Congress who are pushing for a faster review process. Earlier this summer, Minnesota’s entire Congressional delegation sent a letter to Hamburg stating that they were “very concerned” about the slow speed of the Investigational Device Exemption (IDE) review process.

Minnesota is, of course, home to several of the largest medical device companies in the world.

But, as Brownlee noted on the New American Foundation website last week, “where’s the evidence that conflict of interest rules are delaying truly effective drugs from reaching patients?”

The danger to consumers, she pointed out, comes when conflict-of-interest rules are too weak, as past FDA history has shown.

“To take just one ready example,” she wrote, “in 2005 an FDA advisory panel voted to keep painkillers Vioxx, Bextra, and Celebrex on the market, despite mounting evidence that Bextra and Vioxx significantly increased patients’ risk of heart attack, stroke and death. Ten of the 32 members of that panel had financial ties to manufacturers. Out of 30 votes cast by those ten, 28 were in favor of keeping the three drugs on the market.”

“Loosening conflict-of-interest rules at the FDA seems particularly wrongheaded in the wake of recent scandals involving researchers and physicians whose industry ties appear to have biased their judgment,” Brownlee added. “Last month, three Harvard psychiatrists were sanctioned for violating their university’s conflict-of-interest policies. The most prominent of the trio, Joseph Biederman, is widely credited with promoting the use of powerful drugs known as atypical antipsychotics in children. These drugs have turned out to have devastating side effects for many patients. Biederman earned an estimated $1.6 million in consulting fees from the drugs’ makers between 2000 and 2007, but failed to report the income to Harvard as required.”