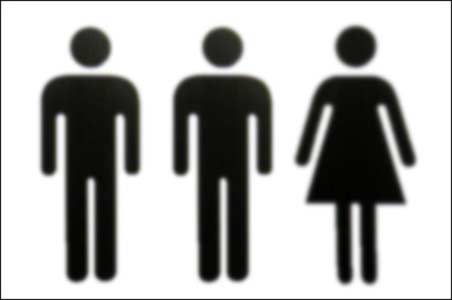 MinnPost Illustration
The results are a reversal of findings from a widely publicized (and highly controversial) 2005 study from the same group of researchers.

According to a report Tuesday in the New York Times, a new study from researchers at Northwestern University has found evidence that male bisexuals — men who are sexually aroused by both women and men — do exist.

This is a reversal of the findings from a widely publicized (and highly controversial) 2005 study from the same group of researchers, which had reported that “with respect to sexual arousal and attraction, it remains to be shown that male bisexuality exists.”

According to Times reporter David Tuller, the researchers used more stringent criteria when recruiting bisexual men for the study, including requiring that participants had been involved in a romantic relationship of at least three months with at least one person of each sex.

In both studies, men watched videos of male and female same-sex intimacy while genital sensors monitored their erectile responses. While the first study reported that the bisexuals generally resembled homosexuals in their responses, the new one finds that bisexual men responded to both the male and female videos, while gay and straight men in the study did not.

Both studies also found that bisexuals reported subjective arousal to both sexes, notwithstanding their genital responses. “Someone who is bisexual might say, ‘Well, duh!’” said Allen Rosenthal, the lead author of the new Northwestern study and a doctoral student in psychology at the university. “But this will be validating to a lot of bisexual men who had heard about the earlier work and felt that scientists weren’t getting them.”

These findings support another study published earlier this year in the Archives of Sexual Behavior. That study found that men who identify as bisexual were more likely than heterosexual or gay men to experience genital and subjective arousal while watching videos of a man having sex with both a woman and another man.

Bisexual affirmation
The Times article quotes Jim Larsen, chairman of the Minnesota-based Bisexual Organizing Project. “It’s great that they’ve come out with affirmation that bisexuality exists,” Larsen said. “Having said that, they’re proving what we in the community already know. It’s insulting. I think it’s unfortunate that anyone doubts an individual who says, ‘This is what I am and who I am.’ ”

“Sexual arousal is a very complicated thing,” Diamond told the Times. “The real phenomenon in day-to-day life is extraordinarily messy and multifactorial.”

For more perspective on the study, read sex advice columnist Dan Savage’s blog post. You can also watch the study’s primary author, Northwestern University psychology professor Michael Bailey (who was vilified by members of the bisexual community for the 2005 study), describe aspects of his research in this short excerpt from a 2008 documentary by the nonprofit American Institute of Bisexuality, which funded the study. (Along with the video, you’ll find a long and well-documented rebuttal to Bailey’s critics.)