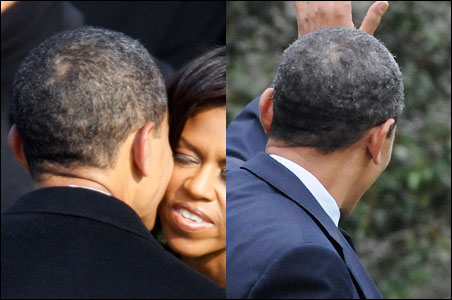 When it comes to U.S. presidents, graying hair and deeper wrinkles shouldn’t be confused with accelerated aging. For, contrary to some claims, our presidents do not age at twice the normal rate once they’re in office.

In fact, they tend to live much longer than their peers.

That’s the finding of a short but interesting paper published today in the Journal of the American Medical Association (JAMA).

“What I had understood through conventional wisdom — not scientific analysis — is that presidency harms the incumbent, that they age more rapidly and die sooner,” said the paper’s author, S. Jay Olshansky, a longevity researcher and professor of epidemiology at the University of Illinois at Chicago (UIC), in a phone interview Monday. “But the evidence does not bear that out.” 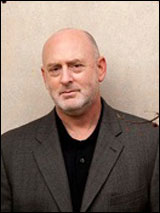 The study’s impetus
Olshansky said he had no interest in studying the longevity of presidents until last summer, when President Barack Obama visited Chicago, their shared hometown, for his 50th birthday.

“Everybody was commenting on how much grayer he looked,” said Olshansky. “One [physician-commentator] had even come to the conclusion that being in office ages you at twice the normal rate.”

That didn’t make sense to Olshansky. He had just completed research on the effects of socioeconomic status — things like income, wealth, education and access to health care — on longevity.

That research had found a positive correlation between high socioeconomic status and life span. So how could presidents, with all their socioeconomic perks, age faster than other men?

Olshansky decided to analyze the data. He looked up each president’s age at inauguration and at death. Then, using life tables from the Social Security Administration and the Human Mortality Database, he calculated life expectancies for U.S. men who were the same age as the presidents at their inauguration. (Because U.S. mortality records for the 1700s and 1800s are not available, Olshansky used life tables from France for presidents entering office before 1900.)

Finally, to determine the presidents’ projected lifespan under the twice-the-normal-rate aging theory, Olshansky subtracted two days from each president’s estimated life span (at inauguration) for each day the president was in office.

Olshansky found that 23 of those 34 presidents lived longer than would have been predicted for them under the assumption of accelerated aging — 11 years longer, on average (to age 78.0 rather than to age 67.0).

The other 11 presidents died an average of about five years earlier than would have been predicted. Their estimated life span was 67.8 years, but they died at an average age of 62.1 years.

Interestingly, Olshansky didn’t find much difference in longevity between the first eight presidents (Washington through Van Buren), who lived to an average age of 78.9 years, and the eight presidents who have most recently died (Hoover, Franklin D. Roosevelt, Truman, Eisenhower, Lyndon Johnson, Nixon, Ford and Reagan).

“We think that’s probably due to medical technology,” said Olshansky. “If the same types of technologies had been available in the late 18th and early 19thcenturies, in all likelihood those presidents would have lived longer.”

Two explanations
Why do U.S. presidents live longer than their peers? There are two possibilities, said Olshansky.

“The first and most obvious is they had to live long enough to be nominated and elected,” he said. “They had to survive the first few perilous decades of life. Back then, infant mortality was extremely high. So these are the survivors — the ones who made it into their fourth and fifth and even sixth decade of life.”

The other reason White House incumbents live longer, Olshansky said, is probably linked to socioeconomic status.  “These presidents, in a way, had won the trifecta to begin with,” he explained. “They had exceptional wealth, all but 10 were highly educated, and they all had access to medical care.”

Gray hair can be misleading
And what about the commonly held belief that presidents, once installed in office, begin to quickly age?

Olshansky said his study wasn’t designed to examine whether the outward signs of aging show up more rapidly on presidents than on other middle-aged American men.

“I just don’t know the answer to that, and I’ve never seen that study,” he said.

“But,” he added, “we don’t die from gray hair and wrinkled skin. Those are just outward signs of aging, and I wouldn’t pay much attention to them.”

Forget the graying hair: U.S. presidents tend to live longer than the rest of us