If you’re celebrating the 450th anniversary of William Shakespeare’s birth this week, then you may enjoy the April 19th edition of New Scientist magazine. It includes several articles about the bard’s influence on science and medicine.

The article I found most interesting focuses on how Shakespeare’s keen observations of the workings of the troubled mind — whether in the young Hamlet, the middle-aged MacBeth or the elderly King Lear — impresses many clinicians who diagnose and treat people with neurological disorders.

“Epilepsy, psychiatric breakdown, sleep disorders. … For all the crudity of 16th-century healthcare, there’s a surprising amount of modern medical detail in Shakespeare’s plays,” writes Rowan Hooper, an online news editor for New Scientist. “The behaviours of some of his characters often bear a striking resemblance to how today’s doctors describe a range of neurological disorders, and his observations continue to inspire centuries after his death.”

Just how striking is that resemblance? Well, Hooper offers “case notes” on some of Shakespeare’s most iconic characters. Here are a couple of them (with British spellings and punctuation):

Supporting quote: “If sack and sugar be a fault, God help the wicked.”

He may be sweet and kind, but Falstaff is also plump, addicted to sack (sherry) and suffers nightly from a treatable sleep disorder. The evidence comes from a report of Peto, a companion of Falstaff, who was asked to fetch him. “Falstaff!” he scoffed, “Fast asleep behind the arras, and snorting like a horse.” Prince Hal replied, “Hark, how hard he fetches breath.”

In people who are overweight, there may be constriction on the airways, and this narrowing can lead to sleep apnoea, the commonest form of sleep-disorder breathing. Falstaff may be a comic character, but sleep apnoea is not a trivial condition: those with it may be at risk of brain damage that can contribute to memory loss. 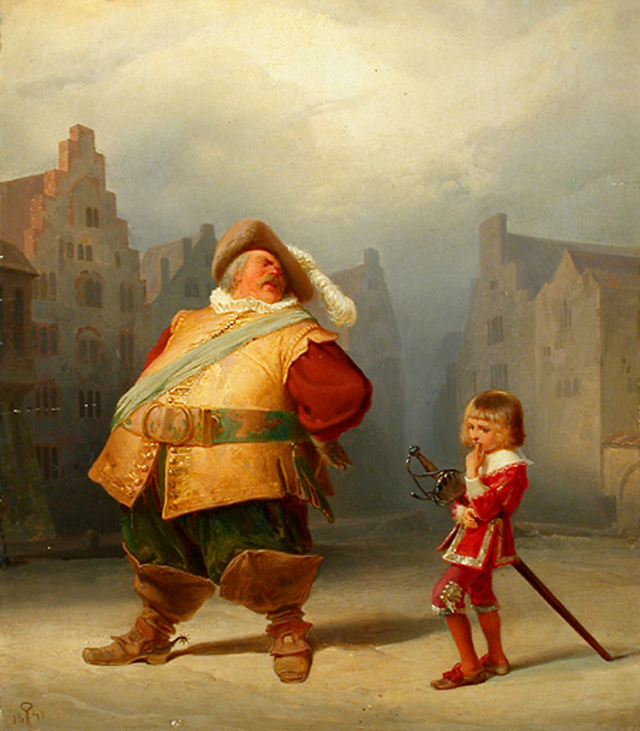 Supporting quote: “Man delights not me — no, nor woman neither.”

Recently bereaved Hamlet, a graduate around 30 years old, thinks life isn’t worth living, saying “I do not set my life at a pin’s fee”. He is melancholic and impulsive, accidentally killing his girlfriend’s father. Most of all he swings between moods superbly high and desperately low. He can be tender to his girlfriend, Ophelia, but then cruel (“Get thee to a nunnery: why wouldst thou be a breeder of sinners?”) and almost violent. His wit and insight is second to none but can manifest in extreme talkativeness and an inability to assess danger. He is also indecisive.

Under the latest edition of the Diagnostic and Statistical Manual of Mental Disorders, Hamlet’s symptoms suggest bipolar disorder — an assessment that makes sense to Farah Karim-Cooper, a scholar at Shakespeare’s Globe theatre in London. “You can see evidence of his mood swings and rage in his chamber with his mother, and in his exchanges with Ophelia,” she says.

There is method in Shakespeare’s detailed observations of madness