A stunning 27 percent of U.S. military veterans of the Iraq and Afghanistan wars have difficulty putting food on their tables, according to a study published online Thursday by researchers at the University of Minnesota and the Minneapolis Department of Veterans Affairs (VA) Health Care System.

That percentage is substantially higher than the already disturbing 14.5 percent of all American households that are similarly “food insecure,” or unable to reliably access sufficient amounts or quality of food to be healthy.

About 15 percent of the veterans in the study had low food security, or difficulty accessing enough nutritious food. Another 12 percent had very low food security, which meant they struggled repeatedly to access enough food of any quality. The veterans’ low-food-security rate was more than double the 5.7 percent rate of the general public.

“These findings were shocking and a lot higher than we expected,” said Rachel Widome, the study’s lead author and an assistant professor of epidemiology and community health at the U’s School of Public Health, in a phone interview with MinnPost.

For the study, Widome and her colleagues at the Minneapolis VA mailed surveys during the summer of 2012 to veterans who had served in Iraq or Afghanistan since October 2001 and who had been to the Minneapolis VA for at least one outpatient visit.  The surveys were returned by 922 of the veterans, for a response rate of 52 percent, which, as the researchers point out in their study, “exceeds the response rate of nearly all other population-based survey research in Iraq and Afghanistan war veterans.”

The survey asked the veterans to respond to statements about food insecurity (such as “The food that (I/we) bought just didn’t last, and (I /we) didn’t have money to get more”) as well as to questions about other health behaviors.

In addition to revealing that 1 in 4 of the veterans were food insecure, the survey found that veterans were more likely to have trouble feeding themselves and their families if they were younger, not married or in a partnership, had children in their household, had a low income, or were unemployed.

Other factors were involved as well. The veterans having trouble accessing sufficient food were more likely to report that they smoked or engaged in frequent binge drinking. They also tended to get fewer hours of sleep.

The number of tours of duty or having a mental or physical condition that was service-related was not found to be associated with food insecurity, however.

The study’s design — a one-time survey — means, of course, that it can identify only correlations between various factors and food insecurity, not causations.

“So we don’t know what came first,” said Widome. “We don’t know, for example, if having a low-income job comes first or the food insecurity comes first. But you can imagine potential causal connections between these things. You can even imagine how some of these things might be cyclic. 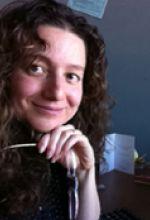 “Someone who is struggling to afford food might be under a lot of stress, and that stress could be influencing their sleep, and those things might make it more difficult for finding a job or being able to work,” she explained.

Widome and her colleagues believe their findings may actually underestimate the number of veterans nationally who have trouble securing food.

That’s because the vets who responded to the survey were more likely to be older and married  — two factors associated with a lesser likelihood of food insecurity — than the vets who didn’t respond.

“Given that, one might think that veterans of other states might be dealing with even more food insecurity than our veterans were,” she said.

The study is the first to look at the issue of food insecurity among veterans. Widome hopes its findings will not only make people aware of the issue, but also help instigate more programs that will connect veterans in need of food assistance to programs that will provide that assistance.

“But really the best thing to do — the real long-term solution — is to continue working with veterans to provide them with jobs that pay a livable wage,” said Widome. “If you have sufficient resources, then affording food is not a problem.”

“The United States has engaged in two wars that have been immensely expensive,” she added. “The estimates for the costs of the wars in Afghanistan and Iraq range between $4 and $6 trillion. They went on for over a decade. I just think it’s unconscionable that such a sizeable proportion of our military that we sent to fight these wars are struggling to afford food.”

The study was published in the journal Public Health Nutrition.