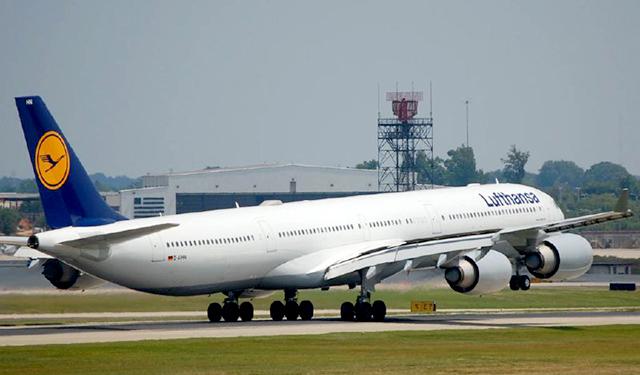 Creative Commons/James Willamor
Ultrafine sulfur dioxide, nitrogen oxide and other toxic particles can embed themselves deep inside the lungs and then enter the bloodstream.

Heavy airplane traffic can pollute the air for a significantly wider area than previously reported — and in amounts that are equivalent to that produced by many hundreds of miles of freeway traffic, according to a study published late last week in the journal Environmental Science & Technology, which is published by the American Chemical Society.

The findings suggest, say the study’s authors, that “the air quality impact areas of major airports may have been seriously underestimated.”

The authors also warn that “a significant fraction of urban dwellers living near airports likely receive most of their outdoor [particle matter] exposure from airports rather than roadway traffic.”

Airplane air pollution — the ultrafine sulfur dioxide, nitrogen oxide and other toxic particles that are created from the condensation of the jet’s hot exhaust vapors — is a health concern. The particles can embed themselves deep inside the lungs and then enter the bloodstream. The inflammation they cause is suspected of worsening many lung conditions, such as asthma and chronic obstructive pulmonary disease (COPD), and of contributing to the development of heart disease.

A new Massachusetts study, also released last week, has found, for example, that children living near Logan International Airport in Boston were up to four times more likely to exhibit signs of undiagnosed asthma than children living in communities further away, even after taking into account socioeconomic and other factors. In addition, adults living in neighborhoods bordering the airport were almost twice as likely to have COPD than their farther-away peers. Unlike other studies, however, the Massachusetts study did not find a higher risk of heart disease among people whose homes were close to the airport. (All of these studies are observational, which means they are able to show only an association between airport pollution and an increased risk of disease; they do not prove a causative link. Other factors, not controlled for in the studies, may also explain the results.)

Previous studies that have investigated the amount of airplane-related particle-matter pollution that exists in communities near airports have sampled air only within a couple of miles of the airports. For the current study, researchers at the University of Southern California (USC) and the University of Washington in Seattle spent 29 days measuring levels of air pollutants while driving through neighborhoods up to 10 miles from Los Angeles International Airport (LAX). Most of the measurements were collected between 11 a.m. and 4 p.m., some of the airport’s busiest hours, when 40 to 60 jets arrive per hour. But samples were also collected early in the morning and late at night, when air traffic was much lower.

The scientists found that over a 23-square-mile area — an area that starts at the ends of LAX’s four runways and then fans out east for more than 10 miles downwind of the airport  — particle-matter concentrations were double what they were in nearby areas outside the area of LAX impact.

“The consistent and distinctive spatial pattern of elevated concentrations was aligned to prevailing westerly winds and landing jet trajectories, and roughly followed the shape of the contours of noise from landing jets,” the study’s authors note, “indicating that landing jets probably are an important contributor to the large downwind spatial extent of elevation [particle matter] concentrations.”

The authors also calculated that the amount of pollutants produced by LAX is equivalent to the particle-matter pollution of 174 to 491 miles of freeway. To put that number in context, the total number of freeway miles in Los Angeles County, where LAX is located, is about 930.

“Therefore,” the scientists conclude, “LAX should be considered one of the most important sources of [particle matter] pollution in Los Angeles.”

The study was funded by the National Institute of Environmental Health Sciences. You’ll find the study’s abstract on the Environmental Science & Technology website.

Airport pollution may have been ‘seriously underestimated,’ study suggests