In a recent, provocative commentary published by the progressive online news syndicate AlterNet, University of Minnesota law professor Michele Goodwin describes how the increase of  “fetal protection” laws is not only violating pregnant women’s rights, but in some cases turning the women into criminals for refusing to undergo Caesarean sections or go on bed rest or, in one recent Wisconsin case, for admitting that she had been addicted to drugs in her distant past.

“When most women become pregnant, understandably they believe the choice of how they give birth will remain theirs; whether to deliver vaginally or through cesarean surgery or where to give birth, at home or at a hospital,” Goodwin writes. “Decades ago, those decisions were well within the domain of pregnant patients whose reproductive liberty and autonomy interests gained constitutional recognition in the landmark 1973 Supreme Court decision Roe v. Wade.”

“After all,” she adds, “whose body is it anyway? But what may have seemed clear-cut decades ago, is now put to the test by doctors and lower courts.”

In a phone interview last week, MinnPost asked Goodwin, who holds joint appointments at the U’s Medical School and School of Public Health, to expand on the medical and legal issues she raised in her commentary. The following article is Part 1 of an edited transcript of that interview. Part 2 will run on Tuesday.

MinnPost: When and how did refusing a Caesarean section become a crime in the United States?

Michele Goodwin: In the 1980s and ‘90s prosecutors across the country began using child abuse statutes to prosecute poor black women who were addicted to crack cocaine. These laws were intended for protecting living children against the abuse of their parents, [but began] to be used for fetuses, even, interestingly enough, in cases that were miscarriages or stillbirths, and even though, scientifically, we know that a significant percentage of pregnancies will simply terminate in miscarriage and also in stillbirth. … In its more recent iteration in the 2000s, [some] states are really seeking to crack down on abortion and at the same time, I would argue, to perfect pregnancy.

MP: It seems to reflect an attitude of not just wanting to help the fetus, but also to punish the mother. Do you have any sense of where that’s coming from?

MG: That’s exactly right. It’s hard to read this any other way. I think it’s worth noting that from a judicial perspective, it’s starkly in contrast to a legacy of jurisprudence in the United States from the 1800s [and] early 1900s. [At that time] state courts across the United States demanded that prosecutors not bring cases involving fetal protection against women because the courts noted that a child needed to be born and to be alive in order for the court to engage in child protection.

It’s worth noting that just within the last two years we’ve seen more abortion laws and fetal protection laws being proposed than in the prior two decades. There’s a kind of political urgency [behind this legislative effort]. It’s really a way of talking about being tough on crime, and we know that, historically, the position of being tough on crime by politicians has some resonance in U.S. society. This is now morphed and shifted to being tough on crime against women. One thing to note is that in the last couple of decades, we have seen more than an 800 percent increase in the incarceration rate of women in the United States, and it’s gone virtually undetected.

MP: As you mention in your commentary, research has shown that far too many C-sections are being done in the United States. You write that “the dramatic rise in cesarean surgeries shows not only a disregard for the medical evidence, but of pregnant women’s legal rights.” Can you expand on that? 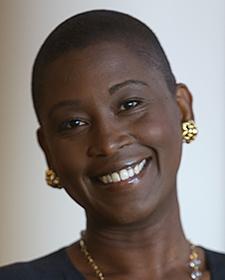 MG: We’re in an age in which we rely heavily on technology to the extent that technology becomes our go-to even at times when technology can be incredibly risky and complicated. So one way to look at this is that it becomes technologically expedient to slit open the womb and plop out a child. It’s done. You can schedule it, and then the doctor can go off to his other patients or her other patients — or go play golf, quite honestly. But there’s also [another part of this]: imposing on the liberty and autonomy of pregnant women to decide when and how they will give birth. It’s very interesting that this new age brings in this sort of compromise on women — not as a negotiated compromise, but as an imposition against pregnant women’s constitutional rights.  So we carved out this space where pregnant women are the only citizens who somehow cannot access their constitutional rights to bodily integrity. It’s thrown out of the window simply because they’re pregnant. It’s important that we think about that. Pregnant women are equal citizens. They no less have the authority and autonomy to control what happens to their bodies than anyone else.

Imagine if we made demands on Second Amendment rights — that one has to be probed anally in order to be able to obtain a gun, or that one has to have some sort of slit on the body in order to go and get registered for a gun. It would be seen as absolutely preposterous that we would impose [those kinds of] barriers for anybody to access their constitutional rights. … So, why would we impose these kinds of conditions on women?

The final thing is cost. Hospitals and doctors make more money when C-sections are performed.  The procedure poses all sorts of risk against the woman and her body, but there is money to be made through cesarean operations.

MP: Are most women of reproductive age aware of these fetal protection laws and how they might affect them if they were to get pregnant?

MG: Because it has crept up unbeknownst to women, women have no idea about the potential risk to their liberty and freedom and constitutional rights when they are pregnant and seek to give birth to their child at a hospital. I think they have no idea. Now, why is that? In part it’s because we are a nation that increasingly happens to have a class divide, and we are a nation that happens to have a race divide. It would have been incredibly beneficial in the 1980s and ’90s for constitutional law societies and women’s organizations to pay more attention to what was happening on the ground to very poor women or women of color being charged by prosecutors because these were the first iterations of unconstitutional prosecution, unconstitutional searches and seizures with women. In fact, it was so pernicious that there were cases involving the dragnets of hospitals. Pregnant women who were drug-addicted were lured into hospitals with advertisements: come to the hospital for prenatal care. The women showed up for their blood tests and urine samples, which were then directly provided to police and prosecutors. It was absolutely stunning.

Police are required to provide Miranda warnings to people they intend to arrest and detain for any amount of time. They tell them that the information they provide could at some point be held against them and, therefore they are entitled to an attorney. That entire process was usurped in the 1980s and ’90s with these women when doctors and nurses tested the patients [for drug use]. The patients believed this was a confidential relationship, that [their] doctors were interested in their health and safety. Instead, those processes were really more criminal investigations. The women never had the information disclosed to them that, in fact, all that they were providing biologically was going straight to the police. This resulted in dozens of arrests across the country, [and] women being shackled, women giving birth in prison, which again raises a question: Is this really about fetal protection, or is it about punishment and shaming these women?

MP: Is there any evidence that this approach helped protect the babies?

MG: No. In fact, what’s startling is that after this very pernicious policing of [pregnant] women and criminalizing their conduct and subjecting them to incredibly unsanitary prison conditions and abusive and draconian types of shackling, after all of this, the U.S. continues to have a very high fetal and maternal morbidity rate.

MP: Among the highest in the world.

MG: Exactly. Higher than in [some] developing countries where we would claim they were unsophisticated and without the dynamic forms of technology that we have. So clearly, this does not work. You’d have to do a lot to convince me that being born on a floor in a prison somehow protects a child, or that a child who is born in a toilet or on a floor in prison with their mother lacking appropriate aid and care is something that’s dignified or represents us well. Yet, it is something that is happening increasingly in the United States.

I’m also troubled when the criminal policing results in non-criminal consequences that are [just] as severe and as problematic. Those include children ending up in foster care systems — or just being raised in prison. We have children being reared behind bars. How in the world is that dignified? Or children who suffer through a foster care system. My research and the research of others involving these children who end up at foster care have found … high percentage rates of children who end up dropping out of school. Among the girls, 70 percent of them are pregnant by the time that they age out of foster care. Among the boys, there are high rates of arrest and then incarceration. So we’re creating a cycle, and this is a cycle that doesn’t [lead to] the kinds of benefits that prosecutors and legislators claim will come about through this kind of policing.