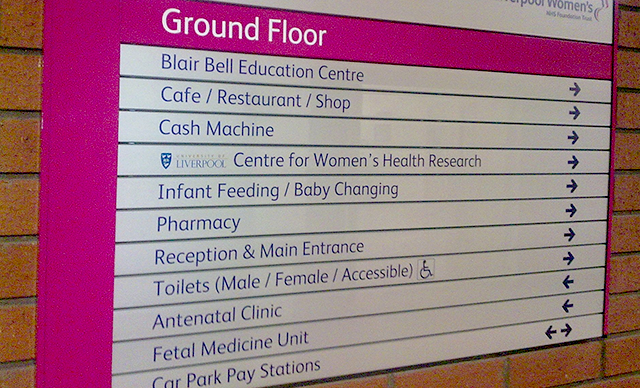 Creative Commons/Pete
Health-care officials have taken note of such research and, as a result, hospital design has been slowly improving.

The design of a hospital or other health-care facility can have a significant effect on patients, including on their recovery, explains British clinical psychologist Lucy Maddox in a recent article for the online publication Mosaic.

“Research into buildings that make us recover better goes back to the 1980s, and has gathered momentum in recent years,” she writes.

One of the first studies on this topic was conducted by Roger Ulrich, currently a professor of architecture at Chalmers University of Technology in Sweden. “In 1984, Ulrich took advantage of a natural experiment created by a long hospital corridor, in which half the patients had a view of a brick wall and half a view of trees,” says Maddox. “The patients facing the natural view got better more quickly and reported less pain than those facing the wall. They asked for fewer painkillers and reported fewer minor complications like headaches or sickness.”

“Other studies have shown similar results,” she adds (with British spellings). “In one experiment, bedridden heart-surgery patients were given colour pictures to look at after their operations. Patients looking at an open, well-lit and natural image of trees and water needed fewer painkillers than patients who had no picture or an abstract image. Another study found that healthy volunteers … in a hospital had a higher pain threshold and better pain tolerance when they were watching a video of nature scenery than when they were watching a blank static screen.”

Health-care officials have taken note of such research and, as a result, hospital design has been slowly improving.

“The USA, in particular, is leading the way with design initiatives that aim to reduce the spread of infection, such as single-occupancy rooms,” writes Maddox. “In one study, at McGill University in Canada, a move to only single bedrooms in an intensive care unit resulted in 10 per cent shorter stays than in another unit in a local hospital where not all the rooms were single.”

The research on hospital design has identified several other key factors that appear to affect patient health:

Maddox also explains how the very common experience of getting lost in a large hospital can impact a hospital’s effectiveness — and costs:

“Getting lost is not only a cause of stress to patients and their families, but, when staff have to give directions, it is also a waste of clinical time,” she writes. “One study in a 600-bed hospital estimated that poor wayfaring [signage] cost over $220,000 a year. Much of this was due to the 4,500 hours of clinical time a year — approximately two full-time positions — that was spent giving directions to lost patients and even staff.”

Yet, she adds, “while clear wayfinding is crucial, the research suggests, weirdly, that we also do better in buildings that are not totally straightforward. Therapeutic spaces need to take into account not only the balance of sociability versus privacy, but also the tension between simplicity and complexity. Layouts need to be coherent enough for us to feel that we understand where we are and can interact easily and safely, but complex enough to give us a sense of exploration and mystery, a feeling that not all the space has been revealed at once.”

You can read Maddox’s article on the Mosaic website, which is funded by the Welcome Trust, a British-based global charitable foundation. Each week, Mosaic publishes a long article that explores “the science of life.”

Hospital design can have noticeable effects on patient health