Many food manufacturers and grocery retailers — including major companies such as Campbell’s, Del Monte, General Mills, Target, Safeway and Walmart — continue to sell their food products in cans lined with the chemical bisphenol A (BPA), despite promises from some of the companies that they would stop the practice, according to a new report by a national collaboration of nonprofit organizations.

For the report, scientists tested 192 cans of vegetables, fruits, soups, broths, gravies, milks and beans, which were purchased in 19 states (including Minnesota) and one Canadian province. They found that 67 percent of those cans — 129 — had interior linings and lids coated with a BPA-based epoxy.

The report also points out that even when companies remove BPA from their cans, they often do not provide information on what they are using instead — or whether that substitute is safe.

“Our findings were alarming,” the report’s authors conclude. “We expected that the explosion in consumer demand for BPA-free packaging would have resulted in swifter action by canned food brands and retailers.”

BPA has been used for decades in plastic food packaging and in the epoxy linings of metal-based food and beverage cans. Today, however, BPA is recognized as a hormone disruptor, and scientists have expressed growing concern over its health effects on the human body, even at low but chronic doses. Animal and some human studies have linked BPA exposure with various health and developmental problems, including breast and prostate cancer, type 2 diabetes, infertility, obesity, asthma, and learning and behavioral disabilities. A study published earlier this year found that high levels of BPA in pregnant women are associated with an increased risk of preterm births.

In 2009, Minnesota was the first state to ban BPA in baby bottles and baby sippy cups. A few years later, the Food and Drug Administration (FDA) instituted a national ban on the chemical’s use in those products and in infant formula packaging, but the agency has not taken action to expand that ban to the packaging of other foods.

“We have over 300 studies showing harm to human health from BPA,” said Kathleen Schuler, co-director of Minnesota’s Healthy Legacy coalition, in a phone interview with MinnPost. “Very low-dose levels can affect health during key developmental windows, which is why we worry about pregnant women and very young children.”

Healthy Legacy, which is a project of Conservation Minnesota and Clean Water Action, participated in the new report by purchasing eight canned products at local Target stores. It did not, however, contribute to the report’s data analysis or the writing of its conclusions.

The five nonprofits that produced the report are the Breast Cancer Fund, the Campaign for Healthier Solutions, Clean Production Action, the Ecology Center, and the Safer Chemicals Healthy Families’ Mind the Store Campaign.

Here are some of the report’s specific findings:

The testing also revealed, however, that some companies have made progress:

The report also notes that some retailers — Albertsons, Safeway, Kroger, Publix, Wegmans and Whole Foods — have adopted policies aimed at reducing the use of BPA in their private-label canned foods. The strongest of these policies, the report says, is that of Whole Foods, which has stopped accepting into its private-label products any new canned items with BPA in the lining.

‘BPA-free’ may not mean safer

Yet, the absence of BPA doesn’t necessarily mean the cans are free of potentially harmful chemicals. The report found, for example, that 36 percent of the national brands’ cans and 18 percent of the retailers’ private-label ones were lined with a PVC-based copolymer. 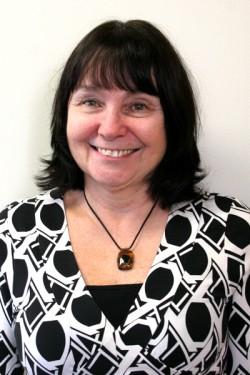 “This is clearly a regrettable substitute, because PVC is a polymer made from vinyl chloride, a known carcinogen,” the report says.

Other coatings identified in the testing were acrylic resins, oleoresin and polyester resins. Very little is known about the safety of these additives. And what is known is not reassuring. “Many of the acrylic linings included polystyrene, a plastic made from the styrene monomer which is considered a possible human carcinogen,” the report points out.

The report’s authors call on food manufacturers and retailers to not only assess whether their products’ packaging contain chemical hazards, such as carcinogens, reproductive toxicants or endocrine disrupting compounds, but to also be transparent with the results.

The findings in this report come with some important caveats. Most notably, only small samples from each manufacturer and retailer were tested. If larger numbers of cans had been examined, the findings might have shown that many of these companies are further along in transitioning to non-BPA cans.

Some companies have already responded to the report by pledging (or re-pledging) to eliminate BPA from their cans.

“Campbell’s had promised three years ago to get it out,” said Schuler. “Now, they’ve recommitted that they are going to do it by 2017. We’re going to follow them closely to make sure they actually follow through this time.”

What can concerned consumers do as they wait for Campbell’s and others companies to take action? Schuler recommends the following:

Taking these simple steps can make a difference. A 2011 study found that only three days after families switched to fresh, packaging-free food, the levels of BPA in their bodies dropped by an average of 60 percent. And when the families returned to their previous diet, the levels shot back up again.

FMI: The new report, “Buyer Beware: Toxic BPA & Regrettable Substitutes in the Linings of Canned Food,” can be downloaded and read at any of the websites of the five organizations that authored it, including the website for Safer Chemicals Healthy Families.