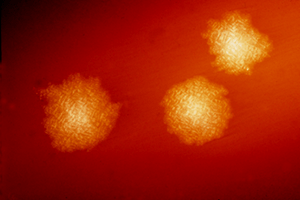 At least 30 percent of antibiotics prescribed in doctors’ offices and hospital emergency rooms in the United States are unnecessary, according to a new study published this week by the Centers for Disease Control and Prevention (CDC) and the Pew Charitable Trusts.

Most of those unneeded prescriptions — about 47 million in total each year — are being handed out for viral and other conditions that don’t respond to antibiotics, such as colds and the flu, and most coughs, sore throats, stuffy noses and ear infections.

The magnitude of this problem has become an urgent public health issue, nationally and globally.

“Antibiotics are not always benign,” said Dr. Ruth Lynfield, a co-author of the CDC study and an epidemiologist at the Minnesota Department of Health (MDH), in a phone interview with MinnPost. “There are adverse effects. It’s not like chicken soup.”

Antibiotics can, for example, trigger allergic reactions in some people, ranging from minor rashes to life-threatening responses, she pointed out. Most important, though, is the role that the overuse of antibiotics has played in the development of drug-resistant bacteria — what’s being called “the health crisis of our generation.”

The CDC has linked such overuse to more than 2 million Americans becoming ill each year with antibiotic-resistant infections, such as Closteridium difficile.

At least 23,000 Americans die annually as a direct result of those infections.

“We have to have a better understanding of when antibiotics are needed and when they are not,” Lynfield stressed. “This is everyone’s problem, and we all have to do better.”

For the study, Lynfield and her colleagues analyzed U.S. data collected from two national medical care surveys conducted in the years 2010-2011. They wanted to determine how many doctor and hospital outpatient visits resulted in antibiotic prescriptions during those years — by age, region and diagnosis.

The researchers found that 30 percent of the estimated 154 million prescriptions for antibiotics written in doctor’s offices and emergency departments during those two years were unnecessary.

For acute respiratory conditions, such as the common cold and the flu, the percentage was even higher: Half of the prescriptions for these illnesses (about 34 million annually) were probably unnecessary, according to the study’s analysis.

Overall, the rate of antibiotic prescription was 506 per 1,000 people per year. But the rate should have been 353 per 1,000 to be appropriate, Lynfield and her colleagues concluded.

The study found some regional differences in those prescription rates. Doctors prescribe antibiotics more frequently in the South (553 per 1,000 people) than in the West (432 per 1,000 people).

The study also showed that antibiotics were prescribed to young children under the age of 2 at a higher rate than any other age group: 1,287 prescriptions per 1,000.

Bringing the rate down

As background information in the CDC study points out, the U.S. saw a decline in antibiotic prescribing during the 1990s and early 2000s, but that downward trend came to a halt by 2010.

In 2015, the White House set a goal of reducing inappropriate outpatient antibiotic use by at least half by 2020. That means that doctors and hospital emergency departments need to reduce their inappropriate prescribing of antibiotics to 15 percent over the next four years. 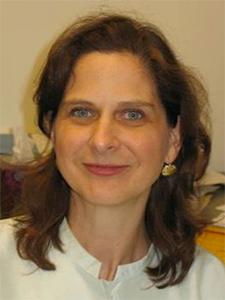 Such a goal is daunting, but not impossible.

“I think we’re making some progress,” said Lynfield. “There are some studies that have shown we are taking small steps, but we have to get better.”

An editorial that accompanies the CDC’s study points out that “significant progress can be made with relatively minor interventions” — ones aimed at patients as well as providers.

One study found, for example, that putting a poster in patient waiting rooms that explains the inappropriateness of antibiotic prescriptions for acute respiratory tract infections was associated with a 20 percent decrease in such prescriptions.

In another study, doctors were asked to document their justification for prescribing antibiotics. They were also sent e-mails that showed how their antibiotic-prescribing habits compared with those of other clinicians. These two interventions prevented, on average, one inappropriate antibiotic prescription for every eight patients seen by each doctor.

Getting smarter about antibiotics

Here in Minnesota, health officials are joining the CDC in asking all residents to “Get Smart” about antibiotics.

Last January the MDH and other state agencies hosted an antibiotic resistant summit that included many different stakeholders, including those from agriculture. The overuse of antibiotics in food-producing animals — where the drugs are fed to farm animals like cows, pigs and poultry not only to prevent disease but also to fatten the animals before they are slaughtered — is a major contributor to the development of deadly antibiotic-resistant “superbugs” in humans. More than half of the antibiotics produced in the U.S. are used for agricultural purposes.

“It’s a very large issue,” said Lynfield. “We are working together across human health, animal health and environmental health to put together a five-year strategic plan for antibiotic stewardship in the state.”

That plan is scheduled to be released in June, she added.

As for what individuals can do to reduce the misuse of antibiotics — and the threat both to themselves and to others of antibiotic-resistant infections — the MDH recommends the following actions:

FMI: The CDC study was published in the Journal of the American Medical Association (JAMA), where it can be downloaded and read in full. To learn more about the MDH’s antimicrobial resistance stewardship efforts, go to the agency’s website.