Earlier this month, two British academics issued a “re-appraisal” of what Jane Austen’s most famous hero, Mr. Fitzwilliam Darcy of “Pride and Prejudice,” would have looked like — in the minds of Austen and her 18th-century contemporaries, that is.

Their conclusion? He would have looked nothing like Colin Firth, the dark-haired, broad-shouldered, square-jawed actor who today is, perhaps, most synonymous with Mr. Darcy, after portraying him in the BBC’s 1995 adaptation of the novel.

According to John Sutherland, a professor of modern English literature at University College London, and Amanda Vickery, a professor of early modern history at Queen Mary University of London, the “real” Darcy would have been “more ballet dancer than beef-cake,” with slim, sloping shoulders, a modest-sized chest and muscular thighs (mainly from horseback riding).

It was also considered “good breeding” (and may actually have been a sign of inbreeding among 18th-century Britain’s upper classes) for wealthy, aristocratic men like Darcy to have a “pointy chin,” a “small mouth” and an “equine long nose,” the scholars add.

Darcy also probably powdered his mid-length hair, they say. As for his skin, it would have been pale (only laborers and military men let their skin get tanned) and smooth. The latter was a sign of health because it meant he had escaped smallpox.

“Handsomeness like beauty rested on health,” Sutherland and Vickery explain.

Austen was famously sparse in her physical description of her best-known hero. All she says about Darcy’s appearance occurs in a brief passage that marks his initial scene in the novel: “Mr. Darcy soon drew the attention of the room by his fine, tall person, handsome features, noble mien, and the report which was in general circulation within five minutes after his entrance, of his having ten thousand [British pounds] a year.”

That has left succeeding generations of readers of “Pride and Prejudice” to paint their own visual portrait of what Mr. Darcy looked like. And each generation has done so based on their period of history’s cultural image of both male health and attractiveness.

Sutherland and Vickery’s description of what the “real” Darcy would have looked like has caused quite a bit of (usually bemused) consternation among many “Pride and Prejudice” devotees. In an article entitled “Leave Mr. Darcy Alone,” Washington Post opinion writer Alexandra Petri writes, “Mr. Darcy appears to be the before picture in an ad for liver supplements. Soon there will be no fictional heart-throbs left.”

To get another opinion on the “real” Mr. Darcy — and how our images of male attractiveness (and, thus, male health) have changed since Jane Austen’s lifetime — I spoke with one of Minnesota’s leading experts on all things Austen: Geri Chavis, a professor of English and Women’s Studies at St. Catherine University, whose specialties include 19th- and early 20th-century British and American literature. An edited version of the conversation follows.

MinnPost: What do you think of this “re-appraisal” of the “real” Mr. Darcy? Is it an accurate picture of what men of that time would have looked like — and what was generally considered healthy and attractive?

Geri Chavis: I have to say that my personal gut reaction as a lover of Jane Austen’s work and her heroes is that it’s off-putting to have this image. But I understand what [Sutherland and Vickery] were doing. Jane Austen is not someone who gives us elaborate physical descriptions for any of her characters. So we have to use our imagination. I’m not sure if she deliberately did that so that readers down the years would use their imagination. Unfortunately, we don’t have a large paper trail on her opinions about her own work. It’s striking that you feel like you know these people [the characters in her books] really well. And yet when you look [at “Pride and Prejudice”] you get this description at the beginning, when Darcy is first being seen, that includes only half his features. 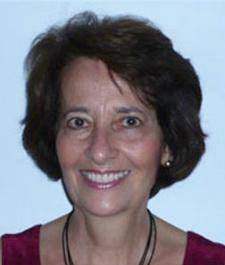 I see the logic that [Sutherland and Vickery] are using. If he’s of a noble family distantly related to royalty he might have the typical features — the long nose, the pointed chin. And [today] we do have a kind of different standard. We like the square jaw better. [They] also say the upper body wouldn’t have been so developed. And I believe [them] on this.  And I do agree that he’s taller than average. [The average height for men during the Regency Period, when Austen was writing, was about 5′ 6″, according to Sutherland and Vickery.] He’s standing out in a crowd. He’s handsome enough for those days. And he’s of noble mien. He carries himself really well. He’s got good posture. He has grace. He’s full of himself. He knows how to walk across the room really well.

MP: And the muscular legs. Would he have had them?

GC: Yes. It was attractive to see that men’s legs were well formed. One of the criticisms of one of the men in “Mansfield Park” [another Austen novel] was that he’s not well formed somehow. This is the Henry Crawford character. He has a lot of charm. He’s able to seduce women. But he evidently has a more slight build. … I guess I always imagined fairly broad shoulders on Darcy, but I have to admit, I’m using my 21st-century thinking for that.

MP: In this latest re-appraisal, it’s suggested that a muscular chest would have been considered a negative thing, for it would have been the physique of a laborer, not a nobleman. Do you agree with that?

MP: And the powdered hair?

GC: I would probably take issue with that, and it’s not because I don’t want to see him with gray hair. I think that even though Austen wrote the first draft [of “Pride and Prejudice”] in 1796, when it was called “First Impressions,” she did rework her material a lot. And she was reworking that book still in 1811. I really doubt that [by then] a man like Darcy — on the young side and single and not in Parliament or trying any cases or doing anything like that — would be powdering his hair or wearing a wig. Even though Darcy could have afforded the tax on powdered hair [that the British Parliament enacted in 1795], I doubt he would do it. After all, he’s going around casually with his friends — to what he considers lower-class balls, for example — and meeting lots of different people.

GC: Jane Austen was very exposed to Gothic heroes and romantic type of heroes and Napoleonic paintings of various figures that have curly hair. Sometimes it’s short-cropped, the Roman look. Sometimes it’s a little wild. I think that without overdoing it, the more natural look in men’s hair — not that far from Colin Firth’s — would have been, with the long sideburns, more in style than powdered hair in the 1790s for a man under 35 and doing his everyday thing. … And then there was the influence of Beau Brummel [a friend of the future King George IV who was known in royal circles for his wit and stylish clothes]. He was the model of the fashionable male in England. Now, Brummel had artificially curled hair, but he was certainly not powdering his hair. And he was shaving on a regular basis and washing more frequently [than most men had done in the past]. He really became the model. Darcy was definitely not foppish and not artificially curling his hair. He was not a Beau Brummel. But he would have certainly known the latest fashion and how to dress.

MP: Austen would have known about Brummel?

GC: Oh, definitely. She read all the latest magazines and was up on the times.

MP:  So you disagree with the image of Darcy with powdered hair, but you agree with the modest chest, sloping shoulders, muscular legs, pointy chin and long nose?

GC: Yes, I do. There was a certain look, and it was long-nosed for certain people who were upper class. There was some inbreeding in the upper echelons. So that could be considered a wealthy look, a noble look.

MP: How did the perception of male attractiveness begin to change after Jane Austen’s death in 1817?

GC: Well, as we move into the 19th century, we get more working-class heroes. I’m writing a book that deals with the  stereotype [in fiction] that men were supposed to protect women. They had to be strong enough to carry women away from danger. You see that stereotype even in “Sense and Sensibility” [another Austen novel].  Jane Austen is actually making fun of it, but Willoughby has to be strong enough to scoop up Marianne without even blinking when she injures her ankle.

MP: So, does any of this matter? Or can we just go on imaging Mr. Darcy however we want?

GC: No, it doesn’t really matter. For we learn about the heroism of [Austen’s] men through what they do, not how they look. They become enormously attractive when they are capable of change, like with Darcy. OK. He’s handsome. He’s an alpha-male. He’s more attractive than the others. But that doesn’t matter when you’re reading the book. Of course, most people are getting their Jane Austen from films these days, and filmmakers will make her characters as attractive as they know how.

MP: And each generation of book readers — or film viewers — will have a different idea of what that that attractiveness would look like.

GC:  Right. But the moral compass that these heroes have, that doesn’t change.

FMI: You can read Sutherland and Vickery’s account of their re-appraisal of what the “real” Mr. Darcy would have looked like online.