For more than four decades, Michael Osterholm has been investigating, studying — and warning us about — our deadliest enemy: infectious disease. Major epidemics — even pandemics — are inevitable, he says, and yet we are woefully unprepared, both nationally and globally, for their personal, social and economic consequences, as our recent experiences with outbreaks of Zika, Ebola, MERS (Middle East respiratory syndrome), yellow fever, dengue fever and influenza have shown.

Part of the reason for that unpreparedness is that many of us, particularly those of us living in the developed world, remain remarkably complacent about the threat of emerging infectious diseases. Even if we accept that the peril exists, we tend to believe the real danger is to “other” people, particularly poorer people living in distant countries. Or we believe that when faced with a major epidemic, our government and the scientific community will devise a solution in time to protect our families and us.

Such complacency is dangerous, says Osterholm, an internationally renowned epidemiologist who is the founding director of the Center for Infectious Disease Research and Policy (CIDRAP) at the University of Minnesota. Our vulnerability to infectious diseases, he stresses, is greater today than it has been in almost any other time in history — and we are all at risk.

In his new book, “Deadliest Enemy: Our War Against Killer Germs,” Osterholm and his co-author, journalist and documentary filmmaker Mark Olshaker, describe — sometimes in frightening detail — just how vulnerable we are. But the book is not all doom and gloom. Osterholm also offers a “battle plan for survival” — a description of how public and private institutions around the world can join forces to create resources, programs and policies that might — just might — ensure “the unthinkable does not become the inevitable.”

In an interview last week, Osterholm talked with MinnPost about his new book and his ongoing campaign to get the world prepared to face our deadliest enemy — before it’s too late. The following is an edited transcript of Part 1 of that interview. It focuses primarily on the current threat of infectious diseases. Solutions to that threat are discussed in Part 2, which will appear on Tuesday.

MinnPost: Why write this book now? 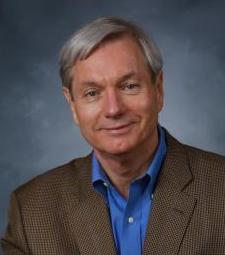 Michael Osterholm: This book was an attempt to explain why infectious diseases in the 21st-century pose such a significant risk, even unlike that of earlier times, when modern technology didn’t give us the tools we have today. But in addition, I wanted to explain what we can do about them in some kind of ranked priority. After 43 years in the business, it’s become very clear to me there’s really been little effort to figure out the diseases that kill us versus those that hurt us versus those that concern us and — finally — versus those that scare us. Sometimes they overlap. Sometimes they don’t.

But if I had to summarize what this book is about, it’s really a father and a grandfather writing to their children and grandchildren about what we must do to change the world that they’re growing up in. And for me, that was the key piece here: “What have I learned?”

MP: You cite many threats from infectious diseases in the book, but you put two at the top of your list.

MO: The two threats that really pose the greatest challenge to the world today in terms of catastrophic outcome are pandemic influenza and antimicrobial resistance, both of which we’re doing very [little] about on a global basis. Pandemic influenza — where a bird virus is transmitted to humans and sufficient genetic changes occur such that humans now transmit it to other humans — is absolutely inevitable. It’s going to happen. The question is how and when and how bad. Influenza pandemics date back to antiquity. We know they occur. The 1918 pandemic was not unique or novel. And over 100 million people died — at a time when the world was one-third the population it is today.

MP: And the other biggest threat?

MP: Why are these and the other threats you describe in detail in your book — the mosquito-borne diseases, for example — so much greater today than even a generation ago?

MO: First of all, we have eliminated oceans, mountain ranges, canyons and political borders as any kind of means of slowing down, let alone stopping, microbial spread. And so you have to assume that anywhere in the world that a microbe exists today, it could exist in your backyard tomorrow. Look no further than the crisis we have today with the issue of mosquito-borne diseases. Aedes aegypti, the mosquito that is the vector for Zika, dengue, yellow fever and chikungunya, arrived in the Americas on the first slave ships from Africa in the 1600s. By the 1930s, this mosquito, which requires very small breeding areas — closed areas of small amounts of water, like in a discarded can or water-holding vessel of some kind — could be found throughout the Americas, including up into the southern part of the United States.

MP: You write about how it was almost eliminated in the U.S.

MO: Great efforts [were undertaken] to try to eradicate that mosquito by eliminating the breeding sites and killing the adults with, at that time, DDT. We almost achieved complete removal of Aedes aegypti out of the Americas by the 1970s. In fact, when I got into the business of infectious diseases, people would often say, “Why would you go into something that’s a horse-and-buggy profession? We don’t need it anymore.” But it turns out that since the 1960s and ‘70s there’s been this incredible proliferation of non-biodegradable materials, like plastics and rubber. The plastic garbage of the world has become the ideal breeding site for Aedes aegypti such that today, in the Americas, the distribution of Aedes aegypti is much greater than it was in the 1930s. And the number of mosquitos is much higher. So here is an example of where the [risk of infectious disease transmission] is at the very worst it’s ever been in all of human history. That’s just one example.

MP: And the situation with tick-borne diseases?

MO: One of the things that people have failed to understand is that fire has played a very important role in habitat around the world. Even in Minnesota. When we talk about the demise of the Minnesota moose population, a very key feature of that is the lack of fire. We’ve taken fire out of the natural forest, which actually had a great deal to do with what animal species lived there. Ticks require mice and other animal species, like white tail deer, as their intermediate species host. And when the habitat changes because of the lack of fire, those animal species proliferate, and so do the ticks.

MP: One thing you mention in the book is that we tend to be bad at understanding the relative risk of these threats. We’re terrified of the Zika virus because of its horrifying birth defects, but we don’t realize that other mosquito-borne diseases are actually killing more people.

MO: Yes. Even when we actually have ways of controlling the disease, like with yellow fever, we can be sitting on top of a potential catastrophic event — as we are right now in Brazil. We have the ability to make a very effective vaccine for yellow fever. The problem is no one wants to spend the money to make it because you can’t make money on it. And so now we’re worried. With yellow fever, up to a third of the people who become clinically ill and develop the illness die. It’s a horrible disease. It was the disease that kept us from building the Panama Canal for decades. It caused huge outbreaks in [the United States] in the 1700s. It literally wiped out large parts of the city of Philadelphia. And even though we have a vaccine for it today, we can’t get it to people because nobody will make it. If yellow fever comes back, it will make dengue and Zika seem like [much lesser] public health problems.

MP: Why are we unable — as individuals and as a society — to focus on infectious diseases until it’s really too late, until there’s, say, a pandemic? 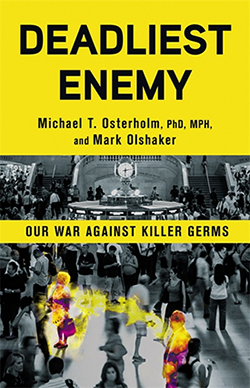 MO: For a couple of generations, we’ve not had the experience — the ravages of infectious diseases — that were [so common in] the pre-public health, pre-vaccine and pre-antibiotic eras. Remember, in Minnesota in 1900 the average life expectancy was 48 years. Today it’s 78 years. So we’ve enjoyed this renaissance of improvement in health, really because of our control of infectious diseases. With electricity we could have running water systems. With running water we could have sewage systems. We could have refrigeration. We could make vaccines. Things like that.

What’s happened, however, is the bugs are coming back for reasons we never anticipated — like the movement of mosquitos around the world. Or take a look at poultry. Right now, we have a pandemic of influenza happening. It’s just that it’s happening in birds. If you look in Asia, Africa, or even in the Americas, if you’re a bird today, you’re in the middle of an influenza pandemic. And we’re seeing unprecedented transmission in birds we’ve never seen before.

What’s changed about the birds of the world? Poultry production is by far the most efficient conversion of energy to protein that we have, and with more than 7 billion people now on the face of the Earth, we need that. Each month 100 million chickens are raised in the peri-urban region of Shanghai just to feed the population of Shanghai. From the time that a chicken is hatched until its breast is on the plate is about 35 days. So every month, 100 million new chickens are born. Each one of those chickens is an ideal test tube to grow an influenza virus.

MP: Yet, widespread denial about these agricultural practices and other human practices associated with the spread of infectious diseases continues, including here in the U.S. People will insist, for example, that a doctor prescribe them an antibiotic even when they have a viral infection, like a bad cold. And few people even think to question how the meat they buy was raised.

MO: Part of it is the fact that the public assumes somebody else will take care of it. Let me give you an example of how that’s not true. We published a paper in 2011 in the Lancet about how flu vaccines don’t work nearly as well as the public health community has led the public to believe. In some cases, they don’t work at all, and their ability to be available for a pandemic is extremely limited worldwide because of the time period it takes to make them and the amount of vaccine we can make. During a pandemic, we’ll be lucky if a few percent of the world would even get a vaccine by the time the pandemic has wiped through the population. And then on top of that we don’t even know how well it would work, and it could be very poor.

Tuesday, Part 2: What can be done to prevent — or, at least, minimize — the threat of emerging infectious diseases?

Why we can’t be complacent about the threat of infectious disease: a Q&A with Michael Osterholm