The number of new cases of hepatitis C nearly tripled between 2010 and 2015, reaching a 15-year high, according to data released late last week by the Centers for Disease Control and Prevention (CDC).

Most of that increase is the result of people sharing needles to inject heroin and other drugs — a direct consequence of the growing opioid epidemic in the U.S., say the CDC researchers.

The report also found that only three states have laws and policies that provide people who inject drugs full access to comprehensive needle exchange programs and to hepatitis C-related treatment and preventive services — two strategies that health officials say are key to reducing the spread of the disease.

Minnesota was not among those states.

“By testing, curing, and preventing hepatitis C, we can protect generations of Americans from needless suffering and death,” said Dr. Jonathan Mermin, director of CDC’s National Center for HIV/AIDS, Viral Hepatitis, STD, and TB Prevention, in a released statement. “We must reach the hardest-hit communities with a range of prevention and treatment services that can diagnose people with hepatitis C and link them to treatment. This wide range of services can also prevent the misuse of prescription drugs and ultimately stop drug use — which can also prevent others from getting hepatitis C in the first place.”

About 3.5 million Americans currently live with hepatitis C. Most are baby boomers (born from 1945 through 1965). They are six times more likely to be infected with hepatitis C than people in other age groups. They are also at much greater risk of dying from the virus.

And it is a deadly virus. Hepatitis C kills at least 20,000 Americans each year — more than 60 other infectious diseases combined, including HIV, tuberculosis and pneumococcal disease, according to the CDC.

Hepatitis C usually spreads when the blood from an infected person enters the body of someone who isn’t infected. The disease often clears up on its own, but if it doesn’t — and if it’s left untreated — it can lead to chronic and life-threatening health problems, including liver damage, liver cancer and liver failure.

The new report found that nationally reported cases of hepatitis C rose from 850 in 2010 to 2,436 in 2015. CDC officials believe, however, that the real number is much, much higher — about 34,000 new infections in 2015 — because in its early stages the disease has few symptoms and therefore usually goes undiagnosed and unreported.

Part of the upward trend in new cases is the result of better methods of detecting and reporting the disease. But most of the increase, say the CDC researchers, is due to the opioid epidemic, which has led to rapidly rising rates of injected-drug use. People who inject illicit drugs frequently share needles, syringes and other equipment, greatly raising the risk of hepatitis C transmission. 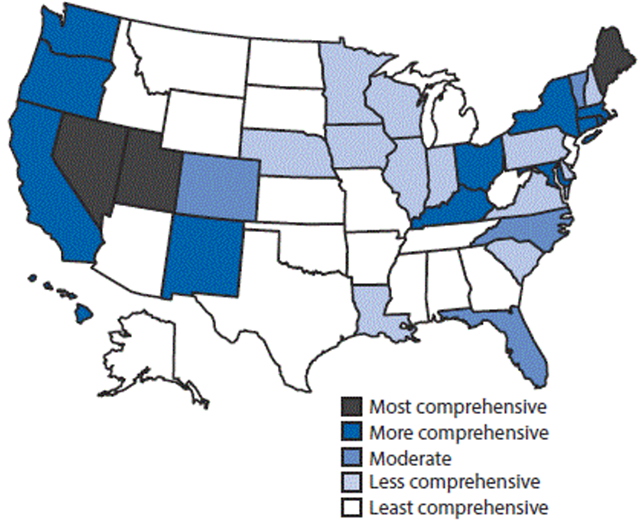 New cases are increasing most rapidly among people aged 20 to 29, the report found. Earlier research has shown, the report adds, that most newly acquired hepatitis C infections are occurring among young, white adults living in nonurban areas in states in the Midwest, New England and Appalachia.

That’s the equivalent of 35 infants a day being exposed to the virus.

The increase among pregnant women was greatest in poor, white rural areas of the country, particularly in Tennessee and West Virginia, the study also found.

As the CDC officials stress, “state laws that increase access to syringe exchange programs and clean needles and syringes, and policies that facilitate access to HCV treatment through state Medicaid programs can reduce HCV transmission risk.”

Yet, when they assessed the laws and policies of all 50 states, the CDC researchers found that only Massachusetts, New Mexico and Washington had both a “comprehensive set of laws and a permissive Medicaid treatment policy that might affect access to both HCV preventive and treatment services for persons who inject drugs.” 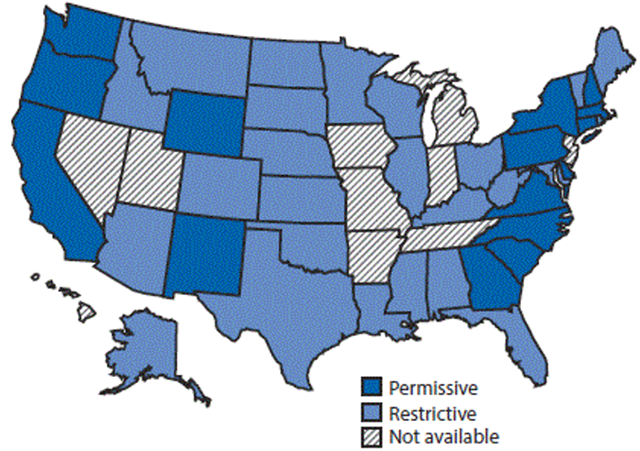 The laws the CDC officials examined were ones that permit needle/syringe exchange programs, exempt needles and syringes from the definition of drug paraphernalia, decriminalize needle/syringe use in authorized exchange programs, protect from prosecution people who tell arresting officers that they have needles/syringes, and allow for the retail sale of needles and syringes without a prescription to people who inject drugs.

The Medicaid policies looked at by the CDC officials were primarily those that restrict access to hepatitis C treatment for injected-drug users according to how long the users have been sober.

The CDC officials put Minnesota in the “less comprehensive” category (the second-lowest category out of five) for its laws and in the “restrictive” category for its Medicaid policies.

FMI: You can read both CDC reports in the May 11 issue of the agency’s Mortality and Morbidity Weekly News (MMWR).