Women who have suffered verbal, emotional or physical abuse are more likely to have their ovaries removed by their mid-40s for reasons unrelated to ovarian cancer than women without a history of abuse, according to a new study from the Mayo Clinic in Rochester.

This finding is troubling, for it suggests that women are undergoing unnecessary surgery that may put their health at risk.

“The ovaries weren’t only invented to make children. They are also an endocrine organ — a kind of gland — that secretes very important hormones,” said Dr. Walter Rocca, a neurologist and epidemiologist at the Mayo Clinic and the study’s senior author, in an interview with MinnPost. “And when you remove these organs, you stop the hormonal production.”

Without the hormones, the aging process accelerates, which, in turn, can lead to a long list of associated health problems, including heart disease, cognitive decline and osteoporosis, he added.

This practice should be discouraged, the Mayo Clinic researchers stress, unless the woman is at genetically high risk of developing ovarian or breast cancer.

For their study, the researchers used data from the Rochester Epidemiology Project, a long-running collaboration of various medical facilities in southern Minnesota and western Wisconsin, including the Mayo Clinic, that have agreed to share their medical records for research. (Rocca is co-director of the project.) The researchers specifically examined the medical records of 128 women younger than 46 who had had undergone oophorectomy in Olmsted County, Minnesota, from 1988 through 2007. These records included any reports the women had made to their doctors of physical, verbal, emotional or sexual abuse.

None of the 128 women had ovarian cancer. Nor were they carriers of BRCA gene variants that put them at high risk for the cancer. Women were also excluded from the study if their medical history did not go back to at least age 15 or if they had a severe intellectual disability that would affect their ability to self-report any adverse childhood experience.

Rocca and his colleagues then compared these women to another group of similarly aged women in the Rochester Epidemiology Project who had not undergone oophorectomy before age 46.

“We found that women who have suffered adverse experiences during childhood or during adulthood tended to develop more gynecological symptoms that then led to the potential for using surgery to take care of the symptoms,” said Rocca.

Specifically, women who reported such experiences were 62 percent more likely to have their ovaries removed than women who had not reported any previous abuse.

The findings held even after the researchers accounted for such factors as lower education, negative marital or reproductive experiences, smoking or substance abuse or a diagnosis of anxiety, depression or an eating disorder.

The study’s overall finding was “discouraging,” said Rocca, for “the women did not have cancer and did not have a genetic marker that puts them at a justifiably higher risk to request the surgery.”

There are several possible reasons — both physical and psychological — why women with a history of abuse undergo more oophorectomies, said Rocca. 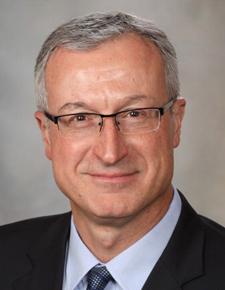 To begin with, they are more likely to experience gynecological symptoms, as other studies have shown. Sometimes, as in the case with sexual abuse, the symptoms are a direct result of physical aspects of the abuse. But they may also be the result of the body’s biological reaction to the stress caused by the abuse.

“If you expose young children to stressful events, the stress changes the way the body responds to [later] stress, perhaps forever,” explained Rocca.

But there is a psychological component as well. Because of their history of being abused, the women may experience gynecological symptoms as being particularly distressing.

The women “are genuinely experiencing some negative symptoms, but unfortunately they are not able to see the symptoms in the context of their overall life, their biography,” said Rocca.

Looking for a ‘definitive solution’

Of the 63 women in the study who underwent an oophorectomy despite not having a specified ovarian indication for the surgery, 26 had no recognized uterine condition, either.

“For these women, idiopathic chronic pelvic pain, abnormal uterine bleeding, or both were the only indication for the extensive surgery,” Rocca and his colleagues write in their study. “Some of these women underwent repeated visits with a variety of medical providers in which they reported multiple symptoms and complaints, and often asked for the surgery as a ‘definitive solution.’ ”

Few of the women linked their gynecological symptoms “with traumatic experiences dating back to childhood or earlier adulthood, possibly because these traumatic events were inaccessible to their memory,” the researchers add. “Conceivably, this inability to retrieve and process their past experiences led some women to believe that their distress could be alleviated by removing their reproductive organs.”

“They almost feel as if these organs were responsible for their unhappiness, for their stress,” said Rocca. “And that is, of course, a very dangerous state of mind because if you find an enemy, you want to remove it.”

The study has several limitations. For example, it involved a small group of women from a particular area of the country. The results might have been different if a larger and more diverse group of women had been included. Also, the adverse experiences were self-reported by the women. Not all women share such information with their physicians, so the study may have underreported the frequency of abusive experiences among its participants.

Still, Rocca and his colleagues believe the findings have important implications.

Women and their physicians need to understand that oophorectomies are “not simple or easy or without consequences,” said Rocca. Physicians should also take the time to talk about those consequences with patients who come to them asking for the surgery, he added.

“Open the conversation and try to limit the inappropriate use of surgery,” Rocca stressed.

As he and his colleagues conclude in their study, “By accepting the woman’s request for surgery in the absence of a pathological indication, the physician may miss an important opportunity to help that woman understand the emotional and mental nature of her current symptoms.”

FMI: The study was published online in the journal BMJ Open, where it can be read in full.