Minnesota’s teen pregnancy and birth rates have reached a historic low, but the rate of sexually transmitted diseases among the state’s teens have taken a troubling upward turn, according to a report released Wednesday by University of Minnesota researchers.

The Adolescent Sexual Health Report, which is issued annually by the University of Minnesota Healthy Youth Development – Prevention Research Center (HYD – PRC), found that the pregnancy rate among adolescents aged 15 to 19 decreased by 11.8 percent and the birth rate fell by 11.3 percent in 2015.

Those are all-time lows. Since 1980, Minnesota’s teen pregnancy rate has dropped by 69 percent, and its teen birth rate has decreased by 63 percent — declines that mirror what is happening nationally.

Yet between 2014 and 2015, the rate of gonorrhea among Minnesota’s teens jumped 40 percent, and the rate of chlamydia rose 15 percent.

Those rates for sexually transmitted infections (STIs) are disproportionately high. Even though teens make up just 7 percent of Minnesota’s population, they account for 28 percent of chlamydia cases and 18 percent of gonorrhea cases, the report points out.

“Young people are using really effective birth control methods and doing a good job of being effective birth control users, and that’s fabulous,” said Jill Farris, director of adolescent sexual health training and education for HYD-PRC, in an interview with MinnPost. “But at the same time, we need to be giving better messaging about continuing to use condoms and barrier methods even when a person is using a long-acting method of birth control, like an IUD or an implant.”

The report, which is based on surveys administered to public school students in grades 9 and 11, identifies several racial and geographic disparities in adolescent sexual health. Although Minnesota’s adolescents of color have experienced the greatest decline in pregnancy and birth rates in recent years (birth rates fell 20 percent among black youth and 17 percent among for Hispanic/Latina youth in 2015 alone), they still have higher rates than white teens.

One minority group — American Indians — saw a slight (less than 1 percent) increase in teen births in 2015.

Most teenagers giving birth in Minnesota, however, are white.

Racial disparities were also found among the STI rates, with youths of color having higher rates of gonorrhea and chlamydia than white teens.

“We also have some pretty stark geographical disparities,” said Farris. Teen pregnancy rates are higher in Greater Minnesota, she pointed out. Indeed, all 10 of the counties with the highest birth rates in 2015 were outside the Twin Cities metropolitan area, with the highest rates in north central and south central areas of the state.

Rates for STIs, however, were higher in 2015 among teens in the metro area.

For the first time, the survey used for the Minnesota Adolescent Sexual Health Report included a question about gender identity. Among the students who took the survey, 2.7 percent identified as transgender and gender non-conforming — a percentage comparable, the study points out, to the percentage of youth nationally with autism spectrum disorders (1.5 percent), food allergies (3.9 percent) and developmental delays (3.7 percent).

The report found that transgender and gender-nonconforming youth were significantly more likely to be involved in risky sexual behaviors and experiences than other youth.

A variety of factors

The explanation for all the disparities identified in the report is “complicated,” said Farris. 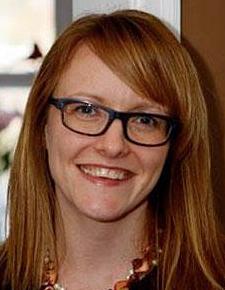 “There are all kinds of different social determinants of health — like poverty and racism and unequal access to health care — that affect pregnancy and birth,” she explained. “In rural Minnesota, I think it’s really tied to access to health care. But it’s also tied to having health care services that are meeting the needs of young people, that are youth-friendly and are places that youth think they can go.”

“I think something similar is happening with our racial and ethnic groups,” she added.

To reduce these disparities, “we need to assure that programs and services meet the unique needs of youth from underserved populations, including those who are LGBTQ, gender non-conforming, from rural areas, homeless, in foster care, in juvenile justice settings, and/or from populations of color,” write Farris and her colleagues in their report.

They also note that Minnesota’s current programs and policies are inadequate for meeting the “distinct needs of adolescent parents and their children.”

As Farris put it: “We need to focus on giving young people the kinds of services that meet their needs.”

FMI: You can read the 2017 Minnesota Adolescent Sexual Health Report online at the HYD – PRC website. It includes individualized sections for each of Minnesota’s 87 counties.