Hate may be a national problem, but the factors that fuel it have regional roots, according to a recent study by a team of geographers at the University of Utah.

Using data provided by the Southern Poverty Law Center, the geographers mapped the counties where hate groups were active in 2014. The center defines hate groups as organizations that “have beliefs or practices that attack or malign an entire class of people, typically for their immutable characteristics.” Activity by those groups includes “marches, rallies, speeches, meetings, leafleting, publishing literature or criminal acts.”

According to the Southern Poverty Law Center’s data, 784 hate groups were active in the United States in 2014. The University of Utah researchers found that 340 counties were home to at least one of those groups that year.

The researchers then used county-level demographic data from the U.S. Census Bureau and other sources to identify underlying socioeconomic and ideological factors that might be fueling the formation of hate groups in those counties.

They found that areas with less ethnic diversity, education and population change, as well as higher levels of poverty and a higher percentage of political conservatives were more likely to have active hate groups.

But they also found regional differences in which factors were driving that hate  — differences that may be linked to an area’s history and culture.

“There is no one specific cause of hate, though generally speaking, it typically stems from fear,” the study’s authors write. “… Fear of change, fear of marginalization, fear of resource loss. These fears are different based on place.”

For example, in the central United States (which includes Minnesota) the study found that economic strain coupled with low educational levels had a stronger association with hate groups than population change.

“This might be because much of the region does not experience high relative levels of incoming population,” say the researchers.

In the Mountain States, however, a lack of ethnic diversity appeared to be more strongly associated with hate groups than economic factors.

“Diversity is more diffuse in the West, which could cause immigrants to be seen more as a threat,” the researchers explain. 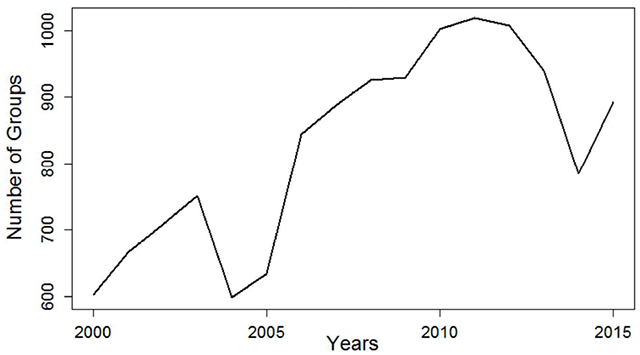 The study also uncovered some interesting place-related interactions between religious participation and hate. In the Northeast and part of the Southeast and Midwest, areas with more religious adherents had lower numbers of hate groups, on a per-capita basis. In other areas of the country, however, especially parts of the central United States and much of the East Coast (including Florida), having more people who participated in an organized religion was associated with a higher number of hate groups per capita.

The researchers note that their study did not distinguish between the type and intensity of religion in the various regions.

A need to understand why fear turns to hate

“There is a lot of uncertainty in the country today, and a lot of change. For those involved in hate group activities, they see their actions as a way to secure the future of their people,” said Richard Medina, the study’s lead author and a professor of geography at the University of Utah, in a released statement. “Unfortunately, that fear turns to hate, and in the worst case, violence.”

“Hate is not a uniform phenomenon,” he adds. “Hopefully this study motivates people to start asking more questions, especially right now. We have a long way to go before we really understand the drivers and patterns of hate in this country.”

As Medina and his co-authors point out in their study, “hate is much more geographically complex than understood publicly and politically.”

“Hate in the United States cannot just be remedied with increase quality or quantity of education, or by raising the minimum wage,” the researchers write. “Fixing the problem requires a much more complete understanding of regional cultures, individual biases, and political responses to social and economic change.”

In November, the FBI reported that 6,121 criminal hate-crime incidents and 7,321 related offenses were recorded by law enforcement agencies in the United States in 2016. The agency also reported that hate crimes spiked that year around the time of the presidential election.

FMI: The study was published in the Annals of the American Association of Geographers, where it can be read in full. To see which hate groups are currently active in Minnesota, go to the Southern Poverty Law Center’s “hate map” on its website.