Anticholinergic drugs continue to be prescribed to millions of older Americans despite the serious risks the drugs pose for people aged 65 and older and despite the existence of safer alternative medications, a new University of Minnesota study has found.

The study, which appears in the Journal of the American Geriatrics Society, also found that psychiatrists and urologists are more likely to prescribe anticholinergic drugs to older people than primary care physicians.

“Anticholinergic medications are still widely prescribed to older adults by different patient specialists,” said Taeho Greg Rhee, the study’s lead author and an adjunct assistant professor in the U of M’s College of Pharmacy, in an interview with MinnPost.

That finding both surprised and troubled Rhee. “These medications should not be prescribed to older adults no matter what,” Rhee said. “Safer alternatives are available.”

Anticholinergic drugs block the release of acetylcholine, a neurotransmitter that plays a role in involuntary muscle contractions. The drugs are used to treat a number of medical conditions, including urinary incontinence, diarrhea, allergies, dizziness, Parkinson’s disease and chronic obstructive pulmonary disorder (COPD). Some medications used to treat depression and anxiety also contain anticholinergic properties, as do several over-the-counter cough and cold medications.

Research has shown that because of physiological changes that occur with aging, anticholinergic drugs can lead to serious side effects in older adults, including confusion, dementia, blurred vision, falls and even death. For this reason, medical guidelines now recommend that doctors avoid 35 different anticholinergic drugs — ones deemed high risk — when treating older patients. 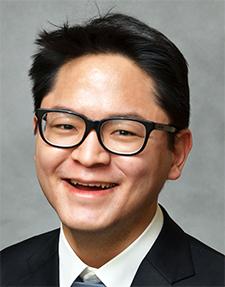 The U of M study was undertaken to see if doctors’ prescribing patterns regarding those 35 high-risk anticholinergic drugs have changed over time. They also wanted to see which physician specialties were most likely to prescribe drugs to their older patients and which drugs were most likely to be among them.

For the study, Rhee and his colleagues analyzed 2006-2015 data from the National Ambulatory Medical Care Survey (NAMCS). The survey collects information on medical services, including medication prescriptions, received by a nationally representative sampling of patients during office visits to physicians.

The researchers looked only at the survey’s 102,806 doctor visits by adults aged 65 and older — and specifically at the prescription patterns for anticholinergic drugs.

Here’s what they found:

The study didn’t investigate why doctors continue to prescribe high-risk anticholinergic drugs to their older patients, despite guidelines recommending against it. Some doctors, Rhee speculated, may prefer to rely on their own judgment about the medications’ safety and effectiveness rather than on the recommendations of their professional peers.

“It could also be that patients want these medications,” Rhee added.

As Rhee and his colleagues point out in their paper, the study comes with several important caveats. Most notably, the data they used included prescriptions made only at office visits. It did not include drugs prescribed at hospital-affiliated clinics and emergency departments.

That limitation may mean, however, that the study’s results underestimate how widely high-risk anticholinergic drugs are being prescribed to older people.

“Fourteen million visits over 10 years — that’s a really large number,” said Rhee. He encourages doctors to become more familiar with the potential adverse effects of anticholinergic drugs and to prescribe safer alternatives to their older patients.

Patients, too, must learn about the risks.

“They should ask about whether the medications being prescribed to them are harmful or not, and how they can avoid any potential side effects,” said Rhee. “And if they notice any side-effect symptoms, they should talk with their providers.”

“There are many safer alternative medications for older adults,” he stressed.

FMI:  You will find an abstract of the study on the website for the Journal of the American Geriatrics Society, but the full study is behind a paywall. The society has also published an online “pocket card” that lists the drugs deemed potentially inappropriate for use in older adults.