A Minnesota-based study made worldwide headlines last week when it reported that opioids are no better than other, safer medications at relieving two of the most common sources of chronic pain: back pain and hip and knee osteoarthritis.

In fact, after following 240 patients at the Minneapolis VA Health Care System for 12 months, the study found that patients taking nonopioid medications reported less pain, on average, than those taking the opioids. They also experienced fewer side effects, such as nausea, drowsiness, constipation, stomach upset and difficulty focusing.

What made this study, which was published in the Journal of the American Medical Association (JAMA), headline-worthy around the globe is that it is the first randomized controlled trial to directly compare the effectiveness of long-term opioid treatment for common sources of chronic pain with other medications that are known to relieve pain. Previous clinical trials either compared opioids with a placebo and/or ended after only a few weeks.

That lack of rigorous research on opioids is stunning, given the fact that doctors have been prescribing opioids to people with chronic pain since the mid-1990s, when pharmaceutical companies launched a heavy marketing blitz to persuade doctors to expand their use of prescription opioids beyond the terminally ill.

To learn more about how the new Minnesota-based study came to be and what its findings may mean for patients struggling with chronic pain, MinnPost spoke with the study’s lead author, Dr. Erin Krebs, a general internist who works at the Minneapolis VA Health Care Center and teaches at the University of Minnesota. An edited version of the conversation follows.

MinnPost: How did you come to suspect that opioids might not be helping your patients with common types of chronic pain?

Erin Krebs: I graduated from med school in 2000, and I finished my internal medicine training in 2003. Those were the years when the advice that practicing physicians were given [regarding pain management] really changed. We started getting a lot of messages from experts and pain organizations that opioids were underprescribed, that we should start using them much more often for a wider variety of health problems.

MP: When did you begin to notice that your patients weren’t always getting the relief that was being advertised for these drugs?

EK: Well, it was clear that we didn’t have a miracle cure for pain. But during my years of training in Minnesota, it was pretty uncommon to see higher-dose, longer-term opioids prescribed for conditions like back pain and arthritis pain. I moved in 2004 to North Carolina, and the practice pattern was much different there. It was more common for patients to be prescribed long-term opioids for back pain, arthritis pain and other common conditions. It was also clear that the patients, in general, did not seem to get better. And it added a lot of complications.

MP: You then went to the medical literature to see what was known about the drugs. What did you find?

MP: So you decided to conduct your own clinical trial. 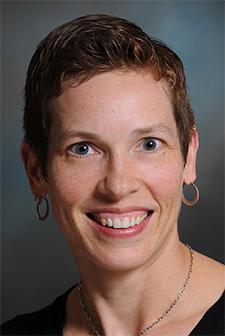 EK: There was a gap [in the research] that was obvious early to me. But this is a more than a million dollar research grant, and you don’t get those right out of med school. (laughs)

MP: You were back in Minnesota by the time you started your study.

MP: Why did you choose to focus the study on chronic back pain and hip and knee osteoarthritis?

EK: Those are the most common problems that lead to long-term use of opioids.

MP:  What did you do in the study?

EK: It’s been reported that we compared opioids to Tylenol, and that is not at all what we did. What we did was to take a variety of different medications and carefully adjust those medications to try to find the best treatment option for each patient. In the opioid arm we used opioid medications. In the nonopioid arm we used a whole bunch of different prescription and nonprescription pain medications. We had a pharmacist follow up with patients monthly to check in on how they responded to each medication change. They then switched medications, adjusted the dose and made changes according to how they responded. So it was really a pretty intensive kind of management approach on both sides. I would hate for people to get the message that Tylenol works better than opioids. That’s not true. In fact almost all the patients in the study had already tried over-the-counter medicines and not gotten good relief.

MP: And your main findings?

EK: The main outcome that we looked at in this study is how pain interferes with life activities or function. We asked a number of questions along the lines of how much did pain interfere with your walking, with your activity, with your work, with your sleep, with your mood? … that kind of thing. And on that scale there was no difference between the two groups. Our second most important outcome was pain intensity, you know, how bad is the pain itself? And on that scale the nonopioid group actually improved more than the opioid group. The third thing was about side effects. We used a checklist of common medication side effects, and we simply counted them up and compared the number between groups. The opioid group had about twice as many side effects as the nonopioid group, even though we tried really hard to manage side effects in the study.

MP: What would you say is the take-home message for patients from your study?

EK:  Even if you’ve tried some nonopioid medications, like some of the over-the-counter medicines, and they haven’t worked for you, opioids are not going to work better. So we really should not, in most cases, go to opioids even if nonopioid medications don’t work. The better approach would be to continue to try different nonopioid medication options, and also to remember, just for context, that the core treatments for these pain conditions are not medications at all.

MP:  And those core treatments are?

EK: Things like exercise, rehabilitation therapy and other treatments. Those are what are strongly recommended for the management of both back pain and arthritis pain. Medications in general are really just helping people get through the day and take the edge off so that they can participate in those more important core therapies.

MP: Opioids have been prescribed for common kinds of chronic pain for two decades, and yet we really haven’t had any long-term high-quality clinical trials that looked at their effectiveness against other kinds of pain medications until your study. Why has it taken so long?

EK: You almost have to go back and say why does research get done? With drugs, research often is done because the FDA requires it to be done. Here that was not the case. Opioids have been around since whenever humans figured out how to extract them from the poppy plant. All of these drugs are variants on that same opium compound. So there’s really, on some level, nothing new with opioids, and, as a result, new trials weren’t required in the way they would be with an entirely new drug compound.

MP: But we’re in the midst of such a serious opioid epidemic. You would think that studies would have been done.

EK: Nobody was really prioritizing back pain or pain in general as a focus for research until recently. It was just not seen as an important priority. So, we were naive about this. When the new products came in with an aggressive marketing approach, many people were willing to believe that they just would be highly effective, more so than anything else we had. And we then ended up in this mess.

MP: Your study has received a lot of publicity. Do you think that opioid prescription practices are going to change?

EK:  Yes. Prescription practices are already changing, and it’s really in reaction to the obvious, serious risks of these drugs. In 2011, we had the first publications that showed that higher-dose, longer-term use of these medications caused higher rates of accidental death in patients. We’re talking about patients taking these medications for pain, not about people abusing the drugs. Simply receiving these prescriptions led to increased death risk. That information changed practice pretty rapidly, actually. I think what [our study] changes is that we now know that these drugs are not only causing death and causing addiction, but they don’t have any additional benefit for [chronic] pain. People are willing to risk even serious harm sometimes if they think they’re going to get more effective pain management. This study suggests that that benefit just isn’t there.

FMI: You’ll find an abstract of the study on the JAMA website.