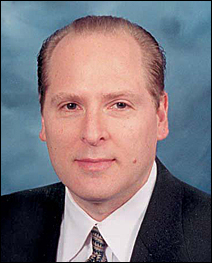 Shortly after noon today, the Minnesota Timberwolves introduced their new president of basketball operations in a room at the Target Center that smelled unusually foul, like a cross between car upholstery and cleaning fluid. Timberwolves employees filled in the back three rows, and no one made a sound when owner Glen Taylor acknowledged their new boss, David Kahn.

About four hours later, over in St. Paul, the Minnesota Wild introduced their new general manager, Chuck Fletcher, in the sun-brightened lobby of the Xcel Energy Center, on a stage bordered by pillars of green, white and red balloons. Wild employees warmly applauded Fletcher, even though he may fire a bunch of them in the coming months.

So before either Kahn or Fletcher said their first words at these dueling press conferences, perceptions already were forming. The franchise in the city named for a saint continued its sainted ways (in the eyes of some of their employees and fans, anyway), while the cursed franchise on the other side of the river remained cursed. Wild owner Craig Leipold got the man he focused on after the first round of interviews, while Taylor settled for a secondary choice who hasn’t been in the NBA since 2002.

(Taylor claimed he never offered the job to anybody else, which may be splitting hairs. Three candidates withdrew their names, according to media reports.)

Clearly, Kahn – a former sportswriter with a law degree who formerly worked at NBA Commissioner David Stern’s old firm, Proskauer Rose — has the most work to do — and the tools to succeed. Kahn has three first-round picks in the June draft at his disposal, salary cap room and an owner supposedly giving him carte blanche to remake the franchise.

He complimented Kevin McHale, whom he may yet fire as coach after meeting with him next week. Kahn said he won’t blow up the front office before the draft and vowed to pick the brains of longtime Wolves staffers to learn how the franchise sank to this point. It will be interesting to hear how he and McHale interact, because McHale, for all his faults as a personnel guy, can sniff out a phony a mile away.

It’s hard to imaging Kahn keeping McHale, who may make the decision easier by quitting on his own. If that happens, some TV entity should grab him as a game or studio analyst.  (Imagine McHale in a TNT gig, ragging on Charles Barkley. Beautiful.)  Kahn claimed he has no Plan B list of coaching candidates, which seems disingenuous. Someone who professes to be as prepared and thorough as Kahn says he is almost certainly has a backup plan, because that’s what being prepared means.

More importantly, Kahn – a salary cap expert whose talent evaluation skills remain to be seen — must quickly convince the Wolves’ depressed fandom that he knows what he’s doing. Frankly, the Wolves are so inept it wouldn’t surprise some of us if they spent all three draft picks on dead people. Kahn talked about finding a “transcendent star” to galvanize the locker room, but he first needs a point guard, more size and a stronger commitment to defense. They can’t afford another Brandon Roy fiasco. Last year, the Wolves played before thousands of empty seats. Field a team that plays hard every night and fans will come back.

While Taylor appeared wan and almost beaten-down, a tanned Leipold firmly set himself as the voice of the beleaguered Wild fan. Without ripping ex-GM Doug Risebrough, Leipold said nothing less than a Stanley Cup contender is acceptable to him anymore. 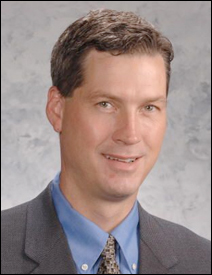 In the Harvard-educated Fletcher, 42, Leipold found a first-time GM committed to a faster, aggressive, physical style based on sound defensive principles – a step up from former Coach Jacques Lemaire’s throttling snoozefest. In a candid moment, Leipold said he heard second-hand that certain free agents dismissed the Wild because they hated Lemaire’s style.

“I like the way he talks – an up-tempo, faster game,” Leipold said of Fletcher. “I think that’s what our fans would like to see.  I do believe his type of game, and the type of coach he’s bringing in, will really make the fans happy.” Leipold hopes that spreads to potential free agents, and perhaps even Marian Gaborik, who was noncommittal the day Lemaire resigned.

“I think we have a better chance to sign him now than we did a week ago,” Leipold said, though adding that will be Fletcher’s call.

Under Risebrough and his haughty Montreal Canadians mafia, the Wild drafted few American collegians and turned up their noses at Minnesota players. The implied message to fans: It’s only the State of Hockey when it’s time to take your money. Fletcher suggested he wouldn’t eliminate players based on geography or schooling but could not guarantee an influx of Minnesotans.

“We have to find the best players,” he said, “and we can’t be worried about where the players are from.”

Here’s a hint: Throw the fans a bone. Bring the best undrafted Minnesota collegian to camp on a tryout. Find someone willing to throw his body around. It shouldn’t be that hard. Getting little things like that right is the smartest way for Fletcher, and Kahn, to ultimately succeed.