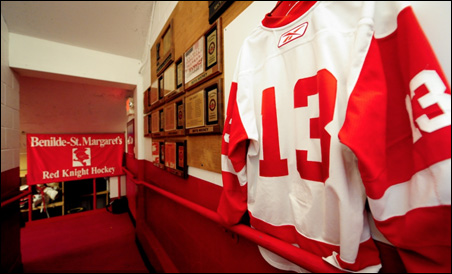 Checking an opponent from behind, whether intentional or accidental, is illegal at all levels of boys’ and men’s ice hockey.

In the youngest age groups where all checking is prohibited, players wear little “Stop” signs on the backs of their jerseys to reinforce the point. And at the checking levels, players who crunch a defenseless opponent in the back can be penalized and ejected from games.

Everyone knows it’s wrong. Yet, in the span of a week here in Minnesota, three incidents of checking from behind in high school games led to two serious injuries and one brawl.

Benilde-St. Margaret High School’s Jack Jablonski suffered a severed spinal cord injury in a junior varsity game and is unlikely to walk again. Jenna Privette of St. Croix Lutheran High in St. Paul remains hospitalized; as of Monday, she could not move her legs or feet. (Body contact is allowed in the women’s game, but not checking.) Last Thursday, 10 players were ejected from a Winona-Owatonna game after a fight triggered by two illegal hits on the same player.

So what’s going on here?

Though injuries this severe are rare, the incidents reflect decades of indifference by coaches, mixed messages by hockey leadership bodies, and poor enforcement of the rules — not only in Minnesota but nationwide.

Alarming youth concussion rate
The alarming rate of concussions among peewee players (ages 11 and 12) in leagues that allow checking, based on a study published in the Journal of the American Medical Association in 2010, prompted USA Hockey, which governs the sport nationally, to eliminate checking in that age group this year and ban hits to the head at all levels. The study found players in checking leagues were three times more likely to suffer injuries and concussions than those in non-checking leagues. [PDF]

Plus, according to USA Hockey officials, the fear of getting crunched by bigger 12-year-olds inhibits the skill development of many peewees. Chief medical director Dr. Michael Stuart — an orthopedic surgeon based at the Mayo Clinic whose son Mark plays for the Winnipeg Jets — said kids that young aren’t mentally equipped to stickhandle and simultaneously protect themselves from a body check. Stuart wasn’t available Monday but talked about it in this podcast. The change requires peewee coaches to teach their players proper checking and body contact skills, so they’re ready for more physical play when they reach the bantam level, for ages 13-14. 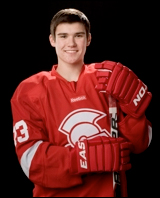 USA Hockey overwhelmingly approved the measure. But it bitterly divided the 27-member board of directors of Minnesota Hockey, our state’s governing body, which decided by one vote to oppose it. According to President Dave Margenau, some board members wanted more time to implement the changes, while others preferred tighter enforcement of existing rules, rather than a bunch of new ones. Still others feared a checking ban would encourage more girls to play peewee with boys, as if that would be some sort of catastrophe.

Coach-in-chief frustrated by decision
That decision frustrated people like Hal Tearse, Minnesota Hockey’s coach-in-chief and the head boys’ coach at Providence Academy in Plymouth. Tearse said a two-year survey of two districts in Minnesota found a higher rate of concussions in peewees than any other age level, jibing with the USA Hockey findings.

Once the measure passed, though, Minnesota Hockey had to go along. On its website Sunday, the organization posted an open letter from Margenau, asking coaches to teach proper techniques and remind their players not to check from behind. Several days earlier, the Minnesota State High School League released a similar statement.

“It’s not about new rules or more memos going out to stop checking from behind,” Tearse said. “It’s a cultural shift involving the adults around the game, to where we’re focusing not only on skill, but sportsmanship, fair play and respect. I’m not sure those are things that get addressed on a regular basis.”

Tearse’s biggest beef is with game officials. Intimidated by screaming coaches and parents, Tearse said many refuse to call penalties on illegal hits. “They probably penalize 10 percent of them, maybe,” he said.

Case in point: To comply with the USA Hockey directive, Minnesota Hockey produced a series of videos on its website, narrated by Tearse, that teach checking and body contact. The videos include examples of both good and illegal checks from last year’s Minnesota Hockey state championships. In one, an official watches a player check an opponent with a high stick, then conk the opponent with the stick again, without calling a thing. Click on the first video, for peewees, and advance to the 1:50 mark. 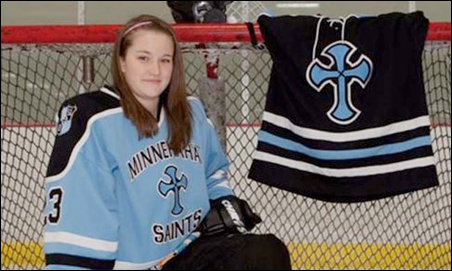 facebook.com
Jenna Privette of St. Croix Lutheran High in St. Paul remains hospitalized; as of Monday, she could not move her legs or feet.

“They’re conditioned by years of experience,” Tearse said of the officials. “When they make the calls, coaches and fans unleash a torrent of disrespect toward them. Then they stand there and say, ‘If that’s the way you want to play, OK. I get paid just the same.’

“Any change has to come from the collective will of coaches, players, officials and league officials. Youth coaches have to do a better job of teaching kids the skills they need to be successful and stay safe.”

Margenau said he hasn’t seen an illegal check go uncalled in the half-dozen or so peewee games he’s seen this season.

That’s a start, anyway. But if you’re a parent of a youth hockey player, past or present, you’ve seen what folks like Tearse are up against — the mentality of shortsighted people who quote “The Code” like the Book of Revelation and bleat that “soccer moms” are trying to legislate contact out of the game.

Hockey at its best is a rugged sport of contact and collisions. There’s a reason that players wear helmets and shoulder pads.

Proper instruction lacking
No one at USA Hockey wants kids playing in bubble wrap. But there’s a right way to check and right way to play, and what we’ve seen in the last week shows that proper instruction has been lacking. Now is the best time to reverse that trend. Teach it properly. Call a penalty whether the player is injured or not. Thankfully, USA Hockey gets it, even if some in Minnesota do not.

Tearse’s term as one of Minnesota’s four district representatives to USA Hockey was up this summer. He ran for re-election but lost, which he attributed to his support for the USA Hockey initiative.

To read more about this issue from USA Hockey, click here.