Members of the Minnesota State High School League are scheduled to vote today on the rights of transgender students to play sports. Update: The MSHSL approved its transgender policy after about an hour of discussion Thursday morning.

A group opposing the league’s draft policy called the Minnesota Child Protection League has sent out mailers and taken out two full-page ads in the Star Tribune and newspapers across the state in attempts to sway the vote, and an entity called the North Star Law and Policy Center created an elaborate graphic toward the same end.

Jazz Jennings, a 14-year-old trans athlete, faced a similar battle for her rights to participate in sports in her home outside of Minnesota, the location of which she and her family will not disclose so as to maintain her safety. Jazz, who was born a boy, ultimately won the right to play sports, and is now a member of her high school’s soccer, tennis, and track teams.

Jazz has written a picture book, “I Am Jazz,” been the subject of a full-length documentary,  appeared in People magazine and on “60 Minutes,” and took time out after school Wednesday to answer a few questions from MinnPost via email.

MinnPost: The Minnesota State High School League is voting on its Trans Athletic Policy Thursday. I’ve contacted you because you’ve become something of a voice for trans high-school students everywhere. In Minnesota, none of the trans kids who want to play sports will speak publicly due in large part to the hate that has been stirred up by ads that have been taken out in the local daily newspaper here, with conservative groups trying to sway the MSHSL into voting against trans high school sports participants. What would you say to all involved, in defense of allowing trans kids to play high school sports?

Jazz Jennings: First of all, I am a girl, and need to be treated just like all other female athletes. I love to play sports. I’ve been an active athlete for as long as I can remember. Like other transgender kids, I face enough discrimination and just want peace and the right to participate in sports on the team that matches my affirmed gender identity, and it is harmful to our health and well-being to keep us from doing so. Close to half of trans youth will try to commit suicide before they are 21. Denying them the right to play the sports they love will only result in perpetuating this horrific statistic. Allowing kids to play on teams in their affirmed gender is the right thing to do. It will help so many kids who are already faced with so many challenges. All kids deserve to be happy, and enjoy themselves recreationally and socially. For me, sports are a big part of this happiness.

MP: Tell me about your experience in your state. How did it feel when you took up the fight, what happened, and how does it feel now? 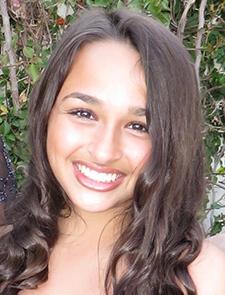 JJ: I was very lucky. I’m still in middle school, but since I go to a K-12 school, I’m allowed to play on varsity teams. My parents and I were pleased to find out that our state high school league has a trans-inclusive policy for athletes. However, when I was only 8, I was banned from playing girls’ travel soccer. My family and I had to fight for over two years to gain the right for me to play. It was horrible. I was told I could compete in games with the boys’ team, or practice with the girls and sit on the bench for the girls’ games. These were very difficult times. I tried playing with the boys, but it was a disaster, it made me feel depressed and I couldn’t enjoy the game I love. I didn’t want to quit soccer, so for the next year I decided to practice with the girls and face the injustice of being forced to sit out the games. I felt like I was being bullied. It was terrible and painful. Finally, when I was 11, the United States Soccer Federation listened and created a trans-inclusive policy for all soccer players of all ages. My family and I celebrated! It was great to be back on the field playing with my friends as the girl that I am.

MP: Have you been inspired by anyone else’s stories, or people who have been faced with overcoming similar struggles?

He was the first openly transgender NCAA Division 1 college athlete. He is a true hero. He stood up for what he felt was right. I’ve had the pleasure of meeting Kye a few times, and consider him a friend and role model for trans youth.

MP: What have been the highlights of your high school sports career?

JJ: My happiest day was when I found out that I was allowed to play varsity girls’ tennis (or any other high school sport) because my state had a trans-inclusive policy. There was a process involved, but it worked with very little delay. It was a much better experience than having to fight to create a policy, as we did with soccer. I lost most of my tennis matches, because it was my first year, but I still loved playing with the team and my friends.

MP: Have you been faced with the kind of ignorance the Minnesota Child Protection League is spreading, from other players, coaches, parents, or elsewhere?

JJ: Yes, I have faced blatant discrimination. However, almost all of my current teammates, their parents and my coaches are all very supportive. It’s upsetting to know that there are still so many prejudiced people who don’t accept others or who are ignorant and quickly jump to conclusions before educating themselves. This is why I share my story in the media. I want to help make sure that other kids won’t have to ever experience all that I’ve had to endure.

MP: How have you handled it?

JJ: It’s been very difficult, but I’ve learned to stay strong. Discrimination motivates me to advocate and stand up for trans-rights.

MP: According to a recent Pew poll, only 8 percent of Americans know someone who is trans. What advice would you give to Minnesota trans kids who want to play sports, but have been afraid to come out?

JJ: Don’t be scared to step out of your shadows and fight for what you believe in. Remember it’s important to be your true and authentic selves, and always know that you are not alone. You deserve to be happy, and have fun on the playing fields with your friends. Don’t let others get to you, or worry about what “people” say. My favorite quote by Dr. Seuss really sums this up: “Be who you are and say what you feel, because those who mind don’t matter and those who matter don’t mind.”

Transgender high-school athlete to MSHSL: ‘All kids deserve to be happy’