Wednesday night at the Target Center, the least recognizable general manager in the Twin Cities stood near the court with the bemused look of someone who just got the punchline to a pal’s inside joke.

Roger Griffith of the Lynx had about as good a week as any top Twin Cities pro executive in the last ten years, pulling off two key trades, the second bringing two-time Olympic gold medalist Sylvia Fowles from Chicago. Griffith fortified a team with the WNBA’s best record into the overwhelming favorite to win its third league title in five years.

That Fowles sat out half the season to force Chicago to trade her here says plenty about the Lynx’s standing as a franchise. What star athlete with no previous local ties demands to come to any Minnesota franchise, ever?

The next afternoon, across I-394 at Target Field, Twins players sat at their lockers before batting practice staring at their smartphones, desperate for a sliver of a rumor that general manager Terry Ryan was adding something to a team falling fast in the American League wild card standings.

Later, a grim Ryan met with eight reporters around a table in the Twins dining room, with the MLB Network’s Kansas City-Toronto broadcast on flat screen TV to his right. In the lower right corner of the screen, a digital clock counted down the hours to Friday afternoon’s trade deadline. Ryan had nothing new to report, and the strain showed on his face.

“I know they’ve done a hell of a job of getting to this point, and we’re in a good position,” said Ryan, in a crisply-pressed blue Oxford shirt, dark slacks and black shoes. “Now it’s my responsibility to help the cause.”

The Spurs of the WNBA

Griffith already did his part with the Lynx. Tall, balding and slightly paunchy, Griffith might be one of the least pretentious pro executives I’ve ever been around. An Augsburg College graduate with a masters in general management from the University of Minnesota, Griffith prefers golf shirts to sportcoats and blends easily into a crowd. He assumes the spotlight reluctantly.

Before the Lynx and Fowles handled the Los Angeles Sparks, 82-76, on Wednesday night, Griffith dismissed a suggestion he had done anything extraordinary. “My 15 minutes are up,” he said. Instead, he credited Coach Cheryl Reeve and stars Seimone Augustus, Lindsay Whalen, Maya Moore and Rebekkah Brunson for establishing the winning culture that attracted Fowles in the first place.

The Lynx are the model for how a championship organization behaves. Their stars are their leaders and hardest workers. The coaches know what they’re doing.  Nothing less than excellence is acceptable, on or off the court. Reeve consults her Core Four players on personnel moves, requires consensus to move forward, and promises never to bring a “knucklehead” (her word) into the group. Change the uniforms and gender, and they’re the San Antonio Spurs.

And when a weakness arises, it’s addressed. The Lynx certainly needed a boost earlier this month when, in quick succession, Augustus and Monica Wright underwent knee surgery and Whalen suffered a debilitating poke in her right eye.  Griffith traded Wright to Seattle for guard Renee Montgomery and second-round draft pick, a deal that came together quickly.

But the Fowles trade was months in the making and required a third team, Atlanta, to get done. If the last couple of weeks taught us anything, it’s that WNBA players can be traded while injured, and the league takes a laissez-faire approach to contact some might view as tampering. Augustus, Fowles’s former LSU teammate, helped recruit her to the Lynx, and Fowles said Reeve kept in touch throughout.

“I know through the whole process, Reeve has gone back and forth,” Fowles said after her  “I’m pretty much kept telling her, `Reeve, it’s not going to happen, you guys should go look at somebody else.’ And she said, `Be patient and everything will work out.’ She kind of gave me hope, that they were still in contact with Chicago and Chicago was still willing to make the trade. It gave me somewhat of a sense of hope, but I really wasn’t looking forward to it when I got that call on Sunday.”

The deal cost the Lynx young forwards Damiris Dantas and Reshanda Gray, plus next year’s first-round pick. (Center Erika de Souza went form Atlanta to Chicago to complete the deal.) It took a big price to land the 6-6 Fowles, a two-time WNBA Defensive Player of the Year with the height and skills to defend Phoenix’s 6-8 Brittney Griner, the league’s most dominant post player.

If Fowles plays to expectations, this ranks as the second-biggest blockbuster of Griffith’s career, behind only the 2010 deal that brought Whalen home from Connecticut.

“I’m just so happy for Roger,” Reeve said. “This is a highlight. I told him it was the biggest trade I’ve been a part of. I know he’s had some big trades, but this is one that met with a great deal of excitement and not criticism. Whalen was up there, but this one was hard. The Whalen one was not hard. We had two teams that were ready. This was hard, grueling, patience, that sort of thing.  We had a really good plan.

“Roger has learned a lot through the years. He deserves so much credit. He’s the architect of this team.”

Not a destination for big-name talent

We can debate the fairness of comparing the WNBA to major-league baseball, but this much we know about trade season: David Price and Troy Tulowitzki weren’t clamoring to come to Minnesota. The Twins are light years behind the Lynx in establishing a championship culture, even with the respected Ryan in the GM’s chair and Hall of Famer Paul Molitor in the dugout. 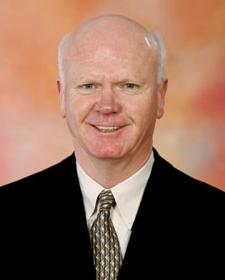 The Twins are winning for the first time in five years, fighting for a wild-card berth, and a few young players show promise. Three-time All-Star Glen Perkins might be the best closer in the American League, recent struggles aside, and slugging second baseman Brian Dozier is a rising star.

But the Twins aren’t yet a destination for big-name talent. That takes more time. Some fans saw Kansas City and Toronto adding major pieces in the last week and demanded something dramatic from Ryan. As each day passed without a deal, the anger mounted. One frustrated fan on Twitter even called Ryan a coward. That’s excessive, but the emotion is understandable. Why can’t the Twins act more like the Lynx?

“We’ve struggled the last 12 games,” Ryan said before the Twins outslugged Seattle, 9-5, on Thursday night. “We have not played good baseball. I’m aware of that. I’m also aware that one correct move by me could help that cause immensely, because it’s going to change maybe that attitude in the clubhouse.

“I don’t want them thinking a white knight’s coming around the corner, because it might not be. But it also is a possibility.  But you don’t have to tinker with this thing too much to get us going back in the right direction.”

UPDATE: Just before Friday’s deadline, Ryan acquired veteran relief pitcher Kevin Jepsen from Tampa Bay for two minor-league pitchers. A fresh arm for a taxed bullpen, but not a white knight by any means.