Gov. Tim Walz said Wednesday he will let his stay-at-home order expire on May 18 but extend many restrictions on public gatherings, including a ban on attending large in-person religious services and eating at restaurants. 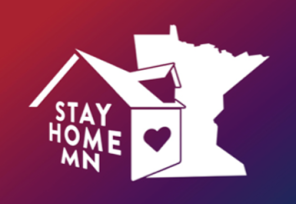 In a televised speech, Walz said Minnesota now has enough supplies of personal protective equipment, ventilators and intensive care hospital beds to handle the state’s predicted peak of COVID-19 cases this summer, but only if residents keep up much of their physical distancing efforts. The state has also expanded its testing capacity.

“We must keep this virus at a simmer, not a boil,” Walz said.

Once the stay-home directive ends, most retail businesses will be allowed to open at half capacity under safety guidelines. Small social gatherings with 10 or fewer people are also permitted after May 18.

Walz first ordered bars and restaurants to close on March 17 and implemented a stay-at-home order on March 27. The governor twice extended that order, which has now been in effect for 47 days. Since the pandemic began, at least 638 Minnesotans have died of COVID-19, a disease that has particularly plagued elderly people who live in long-term care facilities such as nursing homes. The economic fallout from coronavirus — and the state’s response — has led to more than 650,000 Minnesotans applying for unemployment benefits so far.

Here’s what you need to know about what will and won’t be able to open starting next week:

Who can go back to work?

A new executive order signed by Walz on Wednesday says that many businesses once deemed not critical can open as long as they have a plan for safe operation based on health guidelines and operate at half capacity. That includes retail stores and malls, as well as businesses that provide household services like cleaners and piano tuners.

While the state does not need to approve each plan, employers must require people to work from home when possible, establish social distancing procedures, plus hygiene and sanitation controls. For businesses that serve customers indoors, workers and customers need to maintain 6-foot distancing. (The half capacity rule is not about the number of customers served, but the number of people inside a business at a given time. It’s defined in the order as a business maintaining “50 percent of the normal occupant capacity as determined by the fire marshal.”)

Those plans must also be posted in writing for workers at each business and online where physical posting is “impracticable,” the order says. Noncritical businesses have to train workers on the contents of their plans to make sure employees can adhere to it.

Further guidance can be found on the state’s website.

Walz extended a previous order to June 1 that bans in-house dining service, bars, barbershops and salons, though Walz said he would ask his Cabinet members to develop guidance on how to open those businesses once the order expires. Also remaining closed are theaters, gyms and other indoor sports facilities that were shut down in mid-March before the stay-at-home order went into effect.

What about parties or gatherings?

Drive-in gatherings are allowed, as long as people stay in their vehicles and follow health guidelines.

The governor’s order also says that “dispersed and remote camping sites” for use by members of a single household are also allowed, among a range of other outdoor activities and businesses such as small “one-on-one” or “one-on-two” guided fishing tours. The Department of Natural Resources says that includes dispersed camping in state forests, but all camping in state parks remains banned through May 31. The Boundary Waters Canoe Area Wilderness will be open May 18 for overnight and day-use camping.

Walz encouraged people age 65 and older, or with underlying conditions that could put them at high risk of complications from COVID-19, to continue sheltering in place.

What does this mean for telecommuters?

The governor’s new order that eases restrictions on businesses says that any worker who can work from home “must do so.” This order lasts until 11:59 p.m. on May 31.

What rights do workers have?

Another new executive order signed by the governor Wednesday says that employers can’t discriminate or retaliate against workers who complain about COVID-19 safety, or bar them from wearing gloves, masks or other protections a worker “reasonably believes will protect them,” the order says.

Workers also can refuse to work if they reasonably believe they’re in imminent danger of death or serious physical harm, including an unsafe environment that exposes them to COVID-19. Employees can request an inspection from the Department of Labor and Industry if they think the workplace does not meet health and safety standards.

An employee who quits because a business fails to correct safety issues related to the pandemic won’t lose unemployment benefits based on the order. Also, businesses must provide “reasonable accommodations” such as adjusted schedules or using leave for workers with health conditions and are at high risk of a severe COVID-19 case.

What are other Midwest states doing?

Illinois and Michigan, both overseen by Democratic governors, remain shut down under their own stay-at-home orders through most or all of May. Republican governors in Iowa, North Dakota and South Dakota have already lifted many restrictions on businesses and social settings, including restaurants. Democratic Wisconsin Gov. Tony Evers did have a stay-home order set to expire May 26, though the state’s Supreme Court struck the order down on Wednesday.