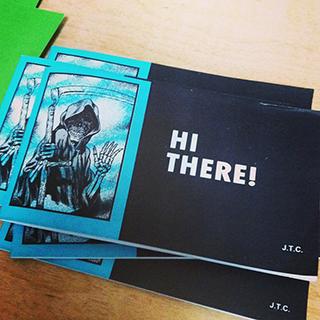 Jack T. Chick, the creator of those horrifying evangelical cartoon booklets found for years in the bus stations, laundromats, video arcades and park benches of America’s cities, died on Sunday at age 92.

For decades, Chick tracts were a small but constant presence on the physical and cultural landscape. Most often, you’d find them placed semi-conspicuously in a public place, inviting you to take it with you and consider the message contained within. Chick tracts were meant to proselytize to average people who’d never pick up a theological text, but would presumably relate to the graphic-heavy approach – they always include a suggested prayer at the end, with steps to take in order to convert to Christianity, or at least Chick’s variety of it. By some measure, Chick was the most successful and widely read theologian of his era. Chick Publications claims to have printed and distributed over 800 million, with some estimates closer to 1 billion. By that metric, he may also be the most successful self-published artist of our time, as well.

Chick’s message wasn’t a particularly peaceful, redemptive brand of Christianity. The tracts are sensational, and pretty grisly – Satanic murders, drug overdoses, false prophets, people writhing in agony in some fiery vision of hell. Chick typically took the most extreme position on any given topic, and the tracts were variously anti-Catholic, anti-gay, anti-Muslim, anti-Mormon, anti-evolution and anti-anything else you can think of. The lurid nature of the illustrations underlined the nature of the philosophy. Chick tracts were not meant to gently instruct or present sober moral arguments. They were designed to shock you into repentance.

The rise of the Chick tract neatly aligns with a lot of other trends in American life in the late 20th century. The world of the Chick tract is one where a shadowy global cabal of hippies, Satanists, Communists, Papists, scientists, new agers and elites conspire to persecute the faithful and institute a new world order, a notion that has existed on the fringes of American political thought since the 1950s (and occasionally bubbled into the mainstream). Chick tracts were pictorial reminders of these currents of thought. They were the sort of thing you’d not necessarily encounter every day, but would turn up regularly on your travels, even if you never tuned into fringe, late night AM radio or picked up a publication of the John Birch Society. “Spiritual warfare” is a concept that turns up a lot in Chick tracts, and the presence of those tracts spread across the urban landscape, laid out by a volunteer army, made that warfare particularly public.

Sometimes they’d turn in a more overt way. Writer Brad Zellar remembers street preachers handing out Chick tracts to students at the U on the Washington Avenue Bridge, typically opposite Larry “Ernest Mann” Johnson. Mann was a Little Falls-bred anti-war and anti-capitalist radical whose Little Free Press publications were a staple of local agit-prop in the ’70s and ’80s. The two parties would duel for hours for the souls of the passing students.

I saw a fair share of Chick tracts growing up, and despite the content, they fascinated me. Growing up as I did at the height of the Satanic panic, the particular tracts focused on the occult and devil worshiping were objects of ridicule and perverse fascination in my peer group. Chick tracts were actually pretty far outside even the evangelical mainstream. Even otherwise conservative Southern Baptists I grew up among, people with no tolerance for heavy metal or role-playing games, became a little squeamish at some of the more excessive Chick publications.

With their fixations on heavy metal and Roman Catholicism, Chick tracts seem now to belong to an earlier chapter of the culture wars. Though I’d seen one on a westbound 94 bus as recently as three years ago, sightings of them in the wild are increasingly rare in the early 21st century. They’ve passed on to collector curiosity and kitsch item. When Icehouse bar and venue opened on Nicollet Avenue in Minneapolis in 2014, they initially used Chick tracts as coasters. One particularly pop-culture-savvy friend I asked about them admitted he really only knew them through comic parodies by the likes of underground cartoonists Johnny Ryan and Daniel Clowes. 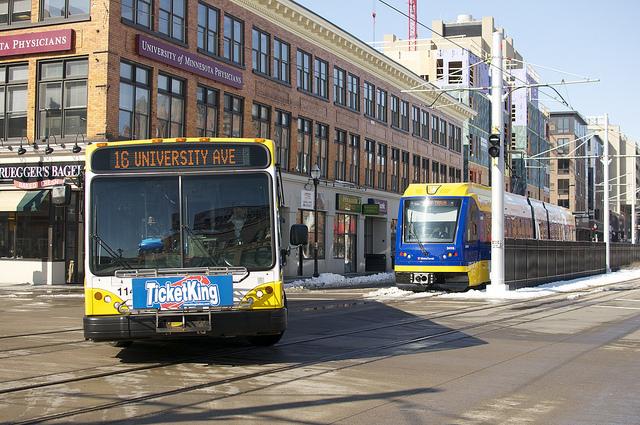 Courtesy of Metro Transit
A bus and train at the U, three places you might find a Chick tract.

In fact, cartoonists often found a perverse admiration in Chick’s work, or at least the distribution models. I checked in with Michael Drivas, who ran Big Brain Comics in downtown Minneapolis for many years. Drivas thought of Chick tracts as a particular product of the pre-Internet era. “What was amazing was that you would just find them around, and try to make sense of them, and have no idea where they came from,” he said. “Like there was a great conspiracy to produce these things and get them to wherever you happened to be. That was way more amazing in my mind then when I knew what it actually was.”

Minneapolis cartoonist and publisher Tom Kaczynski has accumulated a fair number of Chick tracts over the years. “I did find random ones all over the University of Minnesota, just laying around. I’d think, ‘Why are these so interesting?’ I didn’t like the way they were drawn, but they were definitely slightly weird. Once you started looking for them, you would see them all over. I found them on bus benches, and once I found one at First Avenue, like laying on one of the tables. I think it was very influential for mini-comics people – this cheap object that could be left around.”

“It’s the corniness of it, the cartoony humor trying to persuade you into something you may not be persuaded into. It’s like in liberal society, where you’re growing up on Mad magazine, Chick tracts are the polar opposite of that. It’s using the tools of Mad magazine in the completely opposite direction.”

It’s an approach to creation, proselytization and distribution that was incredibly successful for decades, and to some extent, continues to be. The Internet is full of cranks, fanatics and blowhards of every description, even if it is easy to self-select your online communities and tune them out. Chick tracts, though, and their grotesque, apocalyptic visions, will be floating around cities for decades to come.

Chick tracts: Lurid cartoons belong to a 20th-century chapter of the culture wars