A realtor once told me that, in the basement of probably one in every five houses in Minneapolis, you can find a crudely but lovingly constructed homemade sauna dating from the 1970s. They’re probably made with wood panels, and are probably a little (or a lot) mildewed. Basements are invisible to the observer from the street, which means the basement is a place for homeowners to create recreational opportunities you don’t necessarily need your neighbors to know about.

In terms of urban living, especially post-1960 or so, that usually comes down to a few options: workout spaces, saunas, rec and/or rumpus rooms for the kids, or – most critically – rehearsal spaces for teenage bands. Most people think of these types of bands coming out of garages, but anyone who’s played music knows the basement is much better suited for rehearsal purposes than a garage, especially in a cold climate – it’s temperate, it muffles the sound more effectively, and it’s easier to hide whatever else you might be doing when the parents poke their heads through the door from the stop of the stairs to check in.

Any neighborhood with a large number of teenagers and single-family homes hosts a hundred teenage rehearsal spaces in its basements. Such a neighborhood was north Minneapolis in the 1970s.

By the mid-1970s, the north side was home to a burgeoning, homegrown music scene that most famously produced Prince, but also turned out numerous other luminaries. One of them was James Harris III, half of the duo Jimmy Jam and Terry Lewis. Before going on to produce some of the all-time great R&B records, Jimmy Jam was a teenaged prodigy in a group called Mind & Matter. Mind & Matter sounded right at home in the mid-1970s, playing the sort of lush, proto-disco R&B coming out Philadelphia and popularized by groups like The Spinners.

Jam came from a musical family, as well. His father was Cornbread Harris, a pianist who’d been playing in the many north-side jazz, soul and R&B clubs in the 1950s and 1960s. One of the best known of these was the Cozy Bar, located on Plymouth Avenue near what’s now Interstate 94. Jimmy had accompanied his father as a sideman from an early age. (And Cornbread Harris is, at age 89, still playing regular gigs around town all the time.) In a segregated northern city like Minneapolis, the Cozy Bar served as a northernmost way station for touring national acts like Muddy Waters and Junior Parker, playing for the Twin Cities’ growing black population. Minneapolis was a city of redlining and housing covenants, and so many of the musicians stayed not in downtown hotels, which refused service to African-Americans, but in settlement houses like the nearby Phyllis Wheatley House. 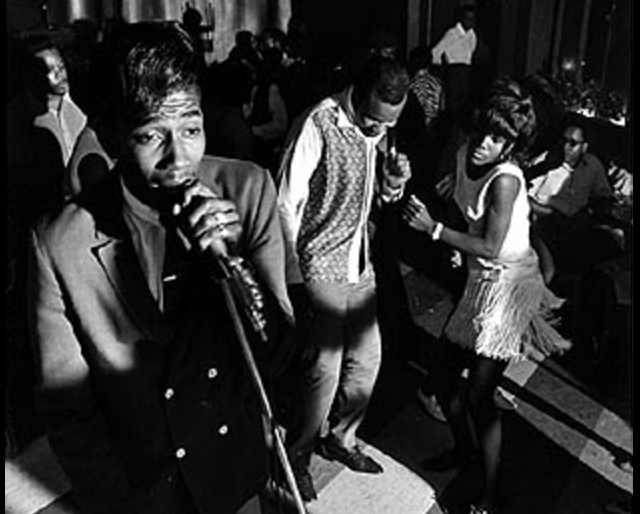 Courtesy of the Minnesota Historical Society
Dancing to the Blazers at the Cozy Bar on Plymouth Avenue in 1968, with Maurice McKennies singing at left.

Mind & Matter would play their final performance at an outdoor youth festival at Phyllis Wheatley in 1980. The group also drew on the many northside institutions that supported the black community in Minneapolis in the 1970s: Jam had received his first musical instrument, a red, black and green bass guitar from The Way, a community youth center on Plymouth Avenue started up in 1966 after the first stirrings of unrest on the northside. He went to school in south Minneapolis, but a number of his bandmates had come up through the music classes and afterschool programs of Lincoln Junior High and North High School (whose third and newest building opened in 1973). Jam’s Mind & Matter co-founder and mentor, Michael Dixon, left the group and secular music behind for gospel in the early 1970s, but the two of them continued to hold writing sessions at First Church of God in Christ on Elmwood Avenue, an elegant brick temple dating from the 1920s that, like several other north-side churches, had once been a synagogue.

The Way in particular had been an important space for black northside teens to socialize, be mentored, learn storytelling, theater and African languages, and to otherwise get involved in the community; in contrast to the older settlement houses, The Way was avowedly nonpaternalistic in its outreach to northside youth, maintaining and attitude of “never do it for, always do it with,” according to its founder, Rev. Rolland Robinson. Part of the program was arts-focused, giving teens a space to form bands and rehearse. 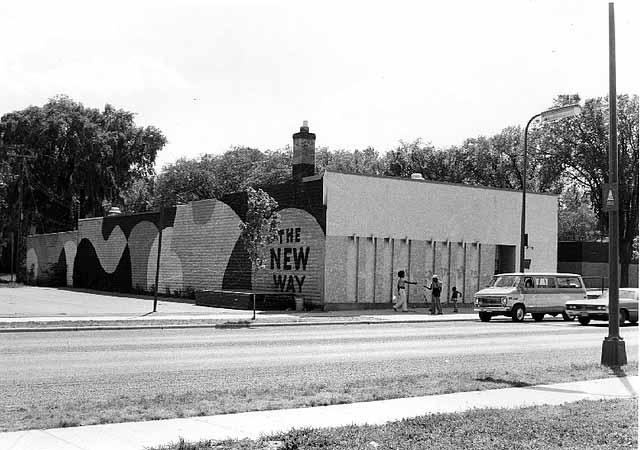 Down in the basement of The Way, there was pool tables, a boxing ring and a rehearsal space. Over the course of the few years The Way was open, numerous north Minneapolis youth picked up instruments and began musical careers, both short- and long-lived, in the basement. One group originating from The Way, called The Family, caught the ear of an A&R man from Motown, only to turn the label down.

Though the organization was funded and staffed by black and white community partners and was supported by the city’s liberal political establishment, it drew a great deal of patently unfair criticism from all corners – both conservative whites and middle-class blacks – after the 1967 unrest on Plymouth Avenue. The Way and a successor organziation, The New Way, existed at 1913 Plymouth for the next decade. On the site today is the Minneapolis Police Department 4th Precinct. As The Way volunteer and longtime KMOJ contributor Mahmoud El-Kati once said, “that’s more than symbolic, that’s erasure.” 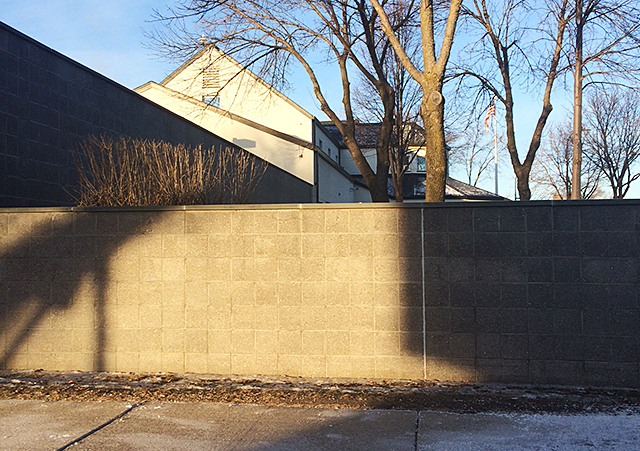 MinnPost photo by Andy Sturdevant
Minneapolis 4th Precinct on Plymouth Avenue, once the site of The Way.

All of this activity coalesced near and around Plymouth Avenue. Groups like Mind & Matter were based in the neighborhood, but were able to meet with some success outside of it – the band’s debut was at the Dyckman Hotel in downtown Minneapolis, and they were featured on a local television program with a performance filmed at Uncle Sam’s, later known as First Avenue – you can see, in the choreographed dancing and call-and-response, a perfect bridge between the elegant Philly soul of the 1970s and the flashy, winking electro-funk of the Minneapolis Sound of the ’80s. A promotional shot from the time shows the band striking a pose in the brutalist wonderland that is Peavey Plaza. 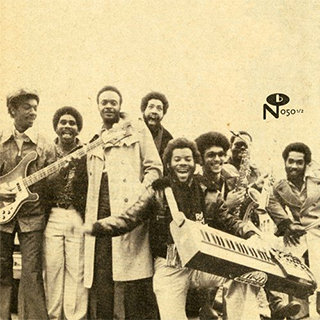 Courtesy of the Numero Group
Mind & Matter, as featured on the cover of the “1514 Oliver
Avenue (Basement)” collection.

It all came back to the north side, though. A collection of Mind & Matter’s demos was released a few years ago by the Numero Group under the name and address of the place where they were recorded: “1514 Oliver Avenue (Basement).” One of the band members’ aunts lived in a small 1940s-era bungalow on Oliver, and the band commandeered the basement as a headquarters, soundproofing the walls with sheets from the band member’s childhood bedroom.

Jam recalled the space in an interview with Dazed magazine when the demo collection came out: “In Minnesota it looked like a classic basement. Concrete floors, nothing glamorous about it. There are usually beams right in places where you wish they weren’t, so when you set your equipment up you can’t quite see anyone. You’d lose track of where the other keyboard player is because he’s hiding behind a beam.” 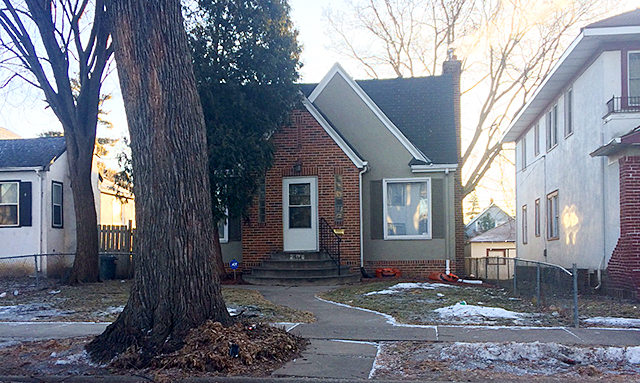 Like basements all over north Minneapolis in the 1970s, and all over the U.S.: “It was the perfect environment, almost like an incubator for creativity.”

Out of the basement: north Minneapolis bands of the ’70s