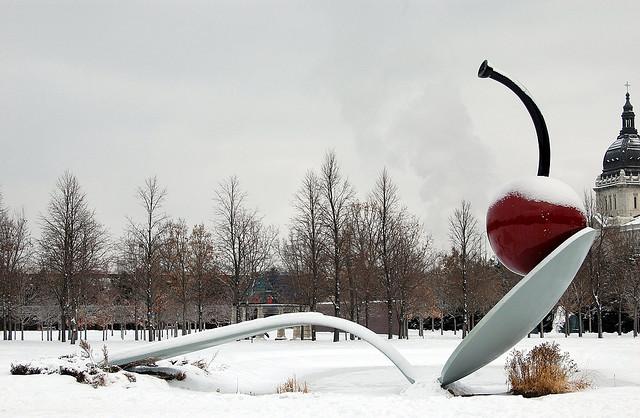 CC/Flickr/Andrew Russeth
Is it time to differentiate the state, and especially the Twin Cities, from the rest of the Midwest?

It may have been the proverbial last straw. We’re talking about #grapegate, of course.

To recap: Prior to Thanksgiving, the New York Times published a 16-page opus in its Food section titled “The United States of Thanksgiving,” celebrating each state’s most popular dish for the holiday. For Minnesota, the Times’ selection was an epic fail. Grape Salad? The outcry was fast and furious.

One reader wrote, “Dear New York Times, What the hell is ‘grape salad’? Signed, All of Minnesota.” NPR started covering the debacle and a Minnesotan wrote on its website, “I have never in my life heard of a ‘grape salad.’ Not at Thanksgiving, not at Christmas, not during a Vikings game, not during the Winter Carnival, not during the State Fair, and not during the greatest state holiday: the annual hockey tournament of the Minnesota State High School League.”

On the Times’ Facebook page, a Twin Cities resident admonished — and warned — “By the way, Times staffers, don’t mistake the mild mannered comments below as gentle disagreement. What you are witnessing here with each additional post is simmering rage and contempt Minnesota-style.”

Minnesota, as all East and West Coasters know, is famous for its emotionally minimalist, anti-drama approach to life’s challenges, along with a refusal to boast about our accomplishments. And for being a blank screen in the national consciousness, fly-over country in other words. Haven’t we had enough already? Of being misunderstood, overlooked, flown over and disparaged? And of being lumped in with all of the rest of the amorphous Midwest?

Fittingly, Grapegate broke hot on the heels of another week-long cri de coeur: A panel discussion at the Walker Art Center — preceded by a lively conversation on MPR and in the comments following a Star Tribune article, both in anticipation of the panel — about Minnesota’s identity and our cultural place in the Midwest, and how both have evolved.

More specifically, discussions revolved around the Twin Cities as the creative capital of the North (a new geographic designation put forth by Eric Dayton while he was on MPR) and the economic engine that will attract the population — particularly millennials — necessary to keep the Twin Cities entrepreneurial, innovative, creative, robust and relevant in the coming years.

The discussions started with “a small simple idea” that Dayton (co-owner of Askov Finlayson and Bachelor Farmer in downtown Minneapolis) put forth: Was it time to differentiate the state, and especially the Twin Cities, from the rest of the Midwest?

Dayton would like us to be called the North. He’s even had knit stocking hats created proclaiming the proposed identity. The hats, available through Askov Finlayson, promptly sold out.

Dayton wasn’t a panelist at the Walker’s presentation, “Midwest? The Past, Present, and Future of Minnesota’s Identity.” But he was a presenter and in the audience, and Askov Finlayson co-presented the discussion. On the panel were Tom Fisher, dean, College of Design, University of Minnesota (who also spoke with Dayton on MPR); Poppy Harlow, CNN correspondent and Minnesota native (the panel’s moderator); Bruce Bildsten, CMO, Faribault Woolen Mills; Andrew Blauvelt, senior curator, Architecture and Design, Walker Art Center; and Christine Fruechte, CEO, Colle + McVoy.

Fruechte launched the discussion by mentioning three things, according to her research, outsiders know about Minnesota: The cold, Prince and Garrison Keillor. Ouch! She then showed promotional videos her firm had created for Explore Minnesota, intended to convey the state as “an authentic experience.” The bucolic adventures of families at Mall of America and weekend cabins, as well as young Minnesota men’s manly outdoor summer pursuits — jumping into lakes, portaging canoes, etc.

Fisher was practically jumping out of his seat. He couldn’t wait to quote creative-class guru and urbanist Richard Florida and delve into the real topic of discussion: What makes a city attractive to the creative class. While the videos were “a great campaign for tourism,” Fisher said, “We’re not all about cabins and woods and summer. We’re an urban state” with most of the population in the Twin Cities, Rochester and Duluth. And a state that’s cold six months out of the year. “But we don’t present ourselves that way, which is a problem for recruiting.” 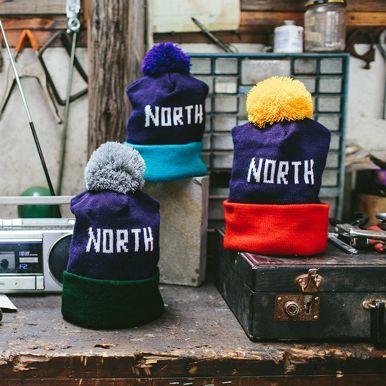 To rectify, or overhaul, our identity, we need to start by owning our cold climate, Fisher said. We also need to recognize that out of the top 20 most-innovative cities in the world, 17 have cold climates, he added, one of them being the Twin Cities (also, CNN Money recently named Minneapolis-St. Paul one of the top 10 cities for innovatively solving urban issues in the U.S.) Cold equals innovation, in other words.

So size (as in comparing the population of the Twin Cities to that of New York or Los Angeles, for instance) isn’t the issue: It’s innovation. From flour milling in the 1800s to Target, 3M, Ecolab, Pentair and the plentiful technology startups, the Twin Cities is nothing if not innovative. By innovatively embracing our cold climate, and embracing our role as capital of the North (as Minnesota lies directly at the center of North America), we’ll successfully differentiate ourselves.

In other words, Fisher said, “We need a new narrative.” Or perhaps a new brand.

“The global trend is about cities, competition between cities,” Blauvelt emphasized. To attract new talent, and continue to fuel the innovation and entrepreneurial spirit at the heart of the Twin Cities and Minnesota’s economy, we need new positioning or branding. We also need “substance behind the branding,” Fisher added.

The genuineness and authenticity of the drive toward the locally made and locally sourced, and a sharing economy and community, is integral to our identity, offered Bildsten. Those factors appeal to millennials, whom cities are clamoring to attract and retain.

We are also an increasingly diverse urban area. And the Twin Cities need to do more to integrate immigrant populations within the fabric of the cities, the panelists agreed, using diversity as an advantage, not as a source of identity isolation or segregation.

Also in our favor: Our standard of living is high, our cultural amenities are world-class, the population’s ethnic diversity is growing and enriching our culture, public transit is happening, we have a multitude of colleges and universities, and parents can send their kids to public schools.

“We portray ourselves as a little bit hick,” Fisher said, “and that’s a problem, because we’re a sophisticated city that portrays itself in old-fashioned ways. We need to benchmark ourselves.” Or as Fisher told MPR, regional identity is important because people “are pouring off the plains into the Twin Cities. We have a much bigger catchment area than just Minnesota. This is about attracting and keeping talent.”

Added Blauvelt, “We need to mobilize to anticipate the future. We don’t have an [identity] crisis, we have a conundrum. Politically and culturally, we are not the Midwest. Currently we’re the blue thing in a sea of red. We can play on that.”

Dayton, who instigated the conversation about identity over drinks with former schoolmate Harlow a year ago, added that, “there’s no master plan here” in terms of where the discussion, or the branding of a new North identity, would go. While he did hint at something in the works, he was quick to clarify that “this is not coming from my Dad’s administration” (he is the son of Minnesota Gov. Mark Dayton). “This is an idea to share.”

In the coming years, Harlow concluded, the Ryder Cup, Final 4 and Superbowl — all sports events — will be held in the Twin Cities. “The world will be tuning in,” Fruechte said. What will they see?

The idea of North, or something else that positions Minnesota and the Twin Cities apart from the larger Midwest into which we’ve been culturally, geographically and politically lumped, “is more honest,” Fisher said. “It’s claiming a part of the country we know, that clearly exists and isn’t defined by someone else’s perspective. There’s a ‘North’ culture here, and we should claim that.”

We are North: repositioning MSP’s national identity for the 21st century