A new national research report [PDF] reveals the catalytic role that libraries and museums are playing in rebuilding troubled neighborhoods. These important “anchor institutions” are helping drive economic, educational and social efforts to raise the standard of living in their surrounding neighborhoods.

Published by the Institute of Museum and Library Services (IMLS) and the Local Initiatives Support Corporation (LISC), the research was recently shared at a meeting of Twin Cities community developers and museum and library professionals. The report captures the ways museums and libraries are leveraging their positions and resources to help fuel successful comprehensive community revitalization. It also offers best practice advice for other institutions.

“Nationally, there’s a movement to look ‘outside-in’ with our communities to understand how the organizational assets of museums and libraries can best be used to meet community needs. In the Twin Cities, we see what can be accomplished when museums and libraries act as true co-creators of community change,” said Dr. Kathryn Matthew, director of the Institute of Museum and Library Services.

The Twin Cities offer ample proof of the report’s findings. One case in point is Payne Avenue’s New Arlington Hills Community Center, run jointly by Saint Paul Parks and Recreation and the Saint Paul Public Library. Offering an array of educational opportunities through its library branch, the Arlington Hills building also houses an affordable recreation center, a state-of-the-art digital learning lab for teens, and free rooms for community use. It serves everyone from toddlers who come for story time to seniors who want computer time to neighborhood groups that need a space to meet.

“Through our collaboration with other organizations, the Arlington Hills Community Center has become so much more than a library and a recreation center,” says Katrina Hartz Taylor, the center’s library manager. “We’ve become a community hub and a center for positive change.”

Arlington Hills opened in 2014, but two other branch libraries had already proved what powerful community renewal forces they can be. In the early 2000s, the renovation of Franklin Library was one of the cornerstones of revitalizing Franklin Avenue in Minneapolis. Later that same decade, St. Paul’s Rondo Community Library opened as the ground floor of an affordable housing complex. That innovative community development project has received national attention for the way it has embraced and served the surrounding community, including many immigrants and entrepreneurs. 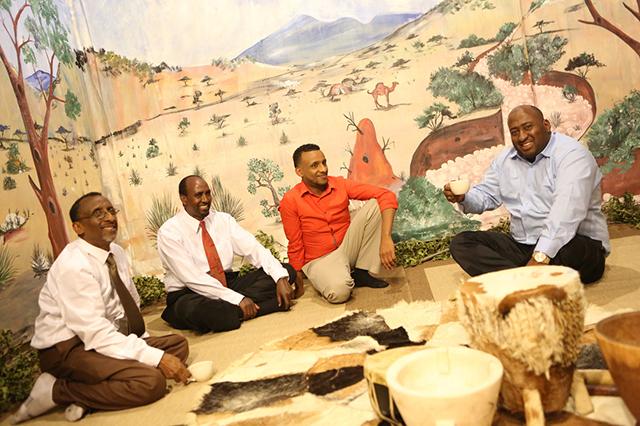 somalimuseum.org
The Somali Museum of Minnesota has become a popular community gathering place.

The Somali Museum of Minnesota on East Lake Street in Minneapolis illustrates how museums can contribute to community vitality. The museum’s art exhibitions and educational programs offer everyone a chance to learn about traditional Somali culture — including young Somalis who have grown up here. The museum has become a popular community gathering place. For instance, a traditional Somali hut was recently imported from Africa and reconstructed as an exhibit as part of a community-wide celebration.

Embracing a range of social purposes

Over the past 20 years, both the role of museums and libraries and the practice of revitalizing communities have undergone major changes. Many libraries and museums have embraced a broader range of social purposes than they did historically, and have invited their patrons to help shape their core activities.

At the same time, community developers have moved toward comprehensiveness — promoting better quality of life across many fields such as housing, health, education, job training, arts and culture, and green space. Comprehensive community development also requires meaningful community engagement to be effective. These two parallel trends have helped pave the way for mutual collaboration.

“It’s great to see how forward-looking and innovative museums, libraries, and community developers are becoming,” says Erik Takeshita, portfolio manager for the Bush Foundation’s Community Creativity programming. “They’re partnering to harness the power of creativity to find new and exciting ways to help every-day people realize their hopes, dreams, and desires for both their families and their communities.”

Andriana Abariotes, executive director of Twin Cities LISC, hopes partnerships among libraries, museums and community developers will continue to flourish across the country and in our own region. “Working with libraries and museums has been a growing and exciting part of community development. We’re thrilled to be working alongside IMLS to bring the inspirational examples in this research report into the national spotlight.”

Museums and libraries as co-creators of change