News
Two Cities
This coverage is made possible by a grant from The Saint Paul Foundation.
Oct. 21, 2011 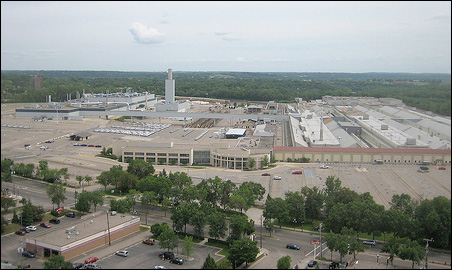 The next step in the Ford Plant saga comes next month when Ford officials will hold a public meeting to outline the end game.

Although it was inevitable, Monday’s announcement that the St. Paul Ford Motor Plant will close for good Dec. 19 brought a strong dose of finality to plant employees, city officials and neighbors in Highland Park who’ve spent the past five years trying to keep the plant alive, or at least delay its closing.

“Even though we’ve known it was coming, finally getting that date makes it real,” said Merritt Clapp-Smith, a senior planner at the city of St. Paul. “It’s an emotional piece of news.”

In addition to the work done to try to persuade Ford to keep the plant up and running, officials kept busy on Plan B and have invested tons of time preparing for the closing and ultimate reuse of the site.

The next step in the Ford Plant saga comes next month when Ford officials will hold a public meeting to outline the end game. They’ll talk about equipment removal and demolition of the buildings as the begin the long process to sell the 125-acre site.

The meeting, billed as “Next Steps After Ford Plant Closure,” is Nov. 9 from 7 to 9 p.m. at the UAW-Ford-MnSCU Training Center Auditorium,  at Ford Parkway and Mount Curve Blvd. in St. Paul.

Ford officials will discuss logistics of the shutdown and site clean up, said Janelle Tummel of the city’s Planning and Economic Development Department.

“The meeting is open to everyone and is geared toward the community, letting people know what to expect next, with specifics on timing,” she said. “People will want to know about the noise level during demolition, how loud and dusty it’s going to be, and how these things will affect the community.”

The fate of the plant site has long been a major issue for city and neighborhood officials; a task force has been meeting to develop guidelines for redevelopment of the property. There are scenarios for redevelopment, and sustainability goals for the site have been developed.

A city website works to put a positive spin on the closing:

While the closure of the plant is a significant loss for the community, the city and the region, it provides an unprecedented redevelopment opportunity in the center of the Twin Cities region, in one of the most beautiful, stable and economically strong neighborhoods of Saint Paul.

And Mayor Chris Coleman’s statement about the closing date said:

“My thoughts are with Ford employees and their families today. Since the first Model T rolled off the line 86 years ago, Ford has impacted the history, character and livelihood of Saint Paul. We are thankful for Ford’s contributions to the city and the community involvement of its employees.

“While we are sad to see their doors close, we are optimistic about the opportunity to use this land to create new businesses and jobs. Through our partnership with Ford and a redevelopment framework in place, we will create new uses for this site that are of the greatest benefit to the region.”