According to Eliot Van Buskirk at Wired, Google TV — which launches in the U.S. this fall — is essentially an interface, blurring the distinctions between programming from cable or satellite providers with search capabilities — Google’s lifeblood. 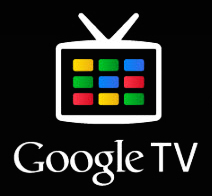 Initially, GTV will be available on a Sony HDTV, a Sony Blu-ray player and a Logitech set-top box, each with its own uniquely powerful remote control with search button.

Van Buskirk reports that Google is working on custom remote control hardware for the Chrome-powered Google TV in conjunction with Sony and Logitech that will likely include a full QWERTY keyboard, a pointing mechanism and television-specific buttons.

Google-powered Android phones (and even iPhones) will also work as Google TV remotes.

Click here to read more of Buskirk’s article, “One screen to rule them all.”

Google plan to add Android apps in early 2011. What apps would you want for GTV? Tell us in the comment section below.