Fierce fighting in the Syrian capital of Damascus today as well as three weekend car bombings and the spread of anti-regime demonstrations in the north signal that that the year-old rebellion will persist despite recent tactical gains by the Syrian military.

Early today, heavy clashes were reported to have broken out in the affluent Mezze neighborhood in west Damascus between members of the rebel Free Syrian Army (FSA) and security forces. Syrian TV said four people died, including three “terrorists” and a member of the security forces. Rami Abdel Rahman of the Syrian Observatory for Human Rights said 18 soldiers or security personnel were killed. Another unverified report said as many as 80 people died in the pre-dawn clashes.

The fighting in the Mezze quarter indicates that the FSA remains unbowed despite recent setbacks and ongoing logistical difficulties. That suggests the confrontation between the Assad regime and the opposition is set to grow more violent in the weeks and months ahead.

“There are seven wonders of the world, yes? If Assad stays in power, that would be the eighth wonder of the world,” says Hakim, a Syrian opposition activist in hiding in north Lebanon who gives only his nom de guerre. “We have to be patient and wait for the regime to go because there is no going back now.”

The work of Al Qaeda?

The twin car bombings in Damascus on Saturday and another in Aleppo on Sunday — which appeared to target buildings containing security offices — killed around 30 people, wounded more than 160, and caused widespread damage.

As with earlier car bomb attacks in the two cities, the Syrian authorities and opposition accused each other of perpetrating them.

Syrian TV showed footage of damage and a bloodied hand print at the scene of the Aleppo bombing.

“The fingerprints [of those behind the attack] are obvious,” it said.

Syrian media outlets blamed Saudi Arabia and Qatar, the two Arab countries most critical of the Assad regime, for the bomb attacks. The most influential Syrian opposition group, the Syrian National Council (SNC), said that the Assad regime perpetrated the attacks “to tell residents that the country is sliding into chaos.”

As with earlier car bombings in Damascus and Aleppo, there was no claim of responsibility for the weekend attacks.

Last month, James Clapper, the US director of national intelligence, told Congress that previous bombings against Syrian security and intelligence buildings bore “all the hallmarks of an Al-Qaeda-like attack.” He warned that the failure of the Syrian political opposition to form a united front could allow Al Qaeda to fill the vacuum.

It is as yet unclear whether Al Qaeda, or like-minded groups, have penetrated Syria in any great numbers.

Al Qaeda’s position on the Syrian uprising, however, has hardened lately.

In July 2011, Ayman al-Zawahiri, the leader of Al Qaeda, said in a videotaped statement that, while he supported the Syrian opposition, his organization was too busy fighting “the raging war with the New Crusades” to come to its assistance.

But by February, his view had changed, possibly in recognition of the rising anger and outrage felt by Sunnis toward the worsening violence in Syria, where the regime is dominated by followers of a Shiite offshoot but the majority of the population — including the rebels — is Sunni. On Feb. 12, Sheikh Zawahiri called on Muslims in Turkey, Iraq, Lebanon, and Jordan to come to the aid of Syrian rebels. A Muslim should help “his brothers in Syria with all he can, with his life, his money, opinion, as well as information,” Zawahiri said in a videotaped statement.

Still, it remains unclear for now whether the recent bomb attacks are the work of Al Qaeda or an affiliated group.

Certainly, the car bombings are of a completely different character than most military operations carried out by the FSA. The FSA, which is composed of some 30 “brigades” of Syrian Army deserters and volunteers, suffers from a shortage of weapons and ammunition and lacks coordination, which limits its ability to confront the well-armed and sizable Syrian Army, analysts say.

Videos posted on YouTube show ad hoc attacks against state targets, such as an anti-tank missile fired at a parked Mig-23 fighter jet at an airbase near Idlib, or a group of FSA fighters mulling attacking a tank near Deraa. But such operations do little to dent the Syrian Army’s campaign to crush the uprising.

Recently, the FSA staged a “tactical retreat” from the Bab Amr quarter of Homs following a three-week siege and bombardment. Other areas of Homs are still under shellfire, according to activists. Following the collapse of Bab Amr, the Army has concentrated its efforts on Idlib Province in the north, where the FSA had taken control of a few precarious pockets of territory. The city of Idlib was reportedly seized by the Army last week.

The military offensive against the FSA has fostered an impression that the Assad regime is beginning to gain the upper hand against the opposition.

“The Syrian regime has shown no sign of collapse,” wrote Ibrahim al-Amine, general manager of Lebanon’s Al-Akhbar newspaper, last week. “Moreover, the regime’s enemies can see it managed to restore control on the ground in many parts of the country, and has dealt powerful blows to its opponents — especially the armed groups which believed in the military overthrow of the regime.” 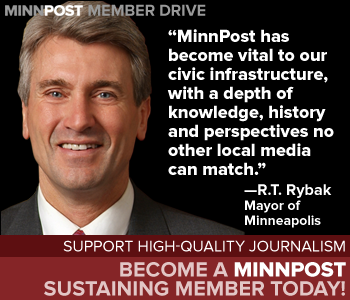 But the rebellion does not by any means appear on the verge of collapse. Anti-regime protests have spread further afield to Raqqa, a city of some 200,000 in north central Syria that saw a three-day strike followed by demonstrations last week.

“The most the Syrian government can do is buy more time,” says Bilal Saab, a Syria expert at the James Martin Center for Nonproliferation Studies in Monterey, Calif. “It can no longer win decisively against an opposition that has nothing to lose and is increasingly determined to take this fight to the end, despite its so far limited capabilities.”