I recently came across a letter written by one of Planned Parenthood’s earliest leaders in Minnesota. It said, “We are fast approaching the time when birth control will no longer be considered a controversial subject.” This would be wonderful news, except the letter was from 1933. 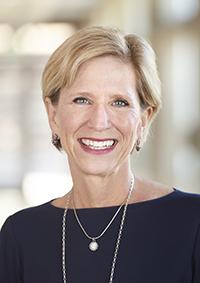 Eighty-five years later – in 2018 – we are somehow still fighting over this fundamental right to health care. Just a few years after the Affordable Care Act guaranteed the right to no-cost birth control, the Trump administration is now threatening to take it away from women. In response, lawmakers in Minnesota introduced the Protect Access to Contraception (PAC) Act, which would protect access to no-cost birth control for 1 million Minnesotans, regardless of what the Trump administration does.

The bill wouldn’t increase our state’s spending or create new requirements for employers or insurance companies. It simply would make sure that Minnesota law protects our access to birth control without out-of-pocket costs, using the same federal requirements we’ve benefited from for the past seven years and which have saved millions of American women millions of dollars every year.

But not one Republican signed on to the bill. They did not hold a single hearing on the bill in either the Minnesota House or Senate. Women should have full access to birth control as a part of their basic health care at no cost, full stop. Study after study shows that birth control benefits women, their families, and our communities. It is an economic issue and an education issue. Birth control is basic health care and should not be a partisan issue.

Republican leaders in Minnesota have turned their backs on the women of this state and, instead, are focused restricting on access to safe and legal abortion. They’ve introduced extreme bills, including legislation that effectively bans abortion. They also want to require our state to sponsor anti-abortion license plates and send the proceeds to “crisis pregnancy centers” that intentionally mislead women about their health care options.

The Legislature is also considering a bill to require doctors to offer patients the option to view an ultrasound before an abortion. Women already have this right and it is not under threat. This bill puts politics where it doesn’t belong: in the middle of the conversation between a doctor and a patient. That’s why every major medical organization – including the Minnesota Medical Association and the Minnesota arm of the American College of Obstetricians and Gynecologists – opposes this legislation.

From the women’s marches to the #MeToo Movement, women and young people are standing up for what they believe in, claiming their voice in our political process like never before. Meanwhile, the current majority in the Minnesota Legislature is disconnected from what Minnesota women and families want and need to thrive.

It’s not 1933 anymore, and lawmakers who ignore the importance of affordable birth control in favor of abortion restrictions do so at their own political risk in November 2018.

Why are we still fighting over access to birth control?