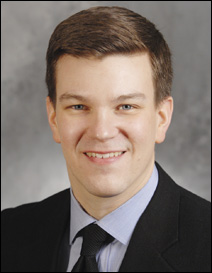 Back in October, state House members began hearing testimony from survivors of the I-35W bridge collapse. At the time, Rep. Ryan Winkler, who was spearheading the notion that the state needed to set up some kind of compensation fund, was relatively optimistic about the logistics.

“We want to keep the process simple,” Winkler told me then, “and get it done quickly.”

We’re a long way from October, two months from the passage of a House bill that laid out plans for a survivor’s fund and more than a month removed from when the Senate passed its own bridge compensation bill. But the two measures differed in significant ways, and that set the stage for several conference committee hearings to try to hash out a compromise on the respective bills. But Thursday, Winkler, DFL-Golden Valley, said those meetings haven’t happened for a couple weeks.

The two proposals are $15 million apart, with the House version setting aside $40 million for a compensation fund, compared to $25 million in the Senate. Also, significantly, the Senate version has a cap of $400,000 for how much individuals can claim, whereas the House bill offers no such limits.

A balanced proposal
Sen. Ron Latz, the chief sponsor of the Senate proposal, has understandably struggled over the cap issue. “This is a balanced, narrowly tailored” proposal, Latz, DFL-St. Louis Park, told his colleagues while the bill was debated March 13 on the Senate floor. “Both sides of the political aisle and the governor’s office have consistently expressed support for the parameters of the bill in front of you.”

It’s true that Latz acceded to the wishes of many senators and Gov. Tim Pawlenty on the cap issue, though Pawlenty later said he would be amenable to waiving the cap in certain tragic cases.

It would appear that Latz and Winkler would be inclined to reach an agreement; both are DFLers from first-ring west metro suburbs, both have law degrees, both have Harvard-educated backgrounds and both sincerely want to help the bridge victims and their families.

Still, “he and I are probably furthest apart,” Winkler said of his Senate counterpart.

But Winkler remains optimistic, and chose his words carefully Thursday. “We should be able to find some compromise,” he said. “The legislative process is sort of like sumo wrestling. There’s a lot of stomping around, and then there’s some sudden movement.”