ProPublica is an independent, non-profit newsroom that produces investigative journalism in the public interest.

I smiled like a proud parent when my faux cherry wood and gold “Top Doctor” plaque arrived in the ProPublica newsroom. 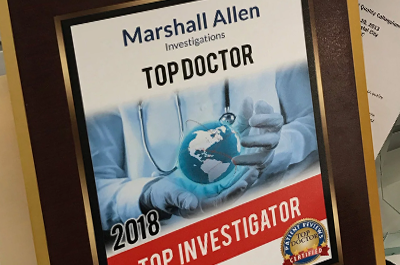 Students in the lowest 20 percent of ZIP codes are still the most represented across the program, but growth among this group has lagged.

By throwing in with the for-profits, traditional schools might be able to capitalize on Republican control of Congress to limit the government’s reach into their own campuses.

In March, the former Vikings, Packers and Saints player agreed to plead guilty or no contest to raping or attempting to rape nine women in four states.

While few would dispute that school staffers should physically restrain children rarely and should tell parents when they can’t avoid doing so, turning this proposition into law has proven difficult.

One of the fastest-growing and more dangerous segments of the U.S. labor market is blue-collar temp work.

While the findings are far from conclusive, the study provides further evidence tying fracking to arsenic contamination.

Ramsey County in Minnesota is among counties nationwide with high concentrations of temporary-help service workers.

They start with the basics, like names, addresses and contact information, and add on demographics. But that’s just the beginning.

From what you tell the canvasser who knocks on your door to what you write in a letter to the editor, your political opinions are being recorded in party databases.

Republican leaders of some states already are saying they are inclined to say thanks, but no thanks.

Booming oil production has brought a flood of toxic waste to North Dakota.

The unfolding legal fight in the state highlights how difficult it is for anyone outside of political professionals to have an impact in redistricting.

The group describes itself as independent but has leadership in common with the Freedom Foundation of Minnesota, with ties to the Koch brothers. The foundation’s head, Annette Meeks, says she has “no involvement” with the group.

Rupert Murdoch’s News International just announced its decision to close News of the World, the paper that’s been accused of hiring private investigators to hack into cell phones and staging a widespread cover-up to conceal it.
We’ve invited two

Long before the rest of the country cared, Minnesota took aim at the pharmaceutical industry.
In 1993 it passed a novel law: If drug companies paid any of the state’s health providers to push their pills, the money had to be publicly reported.
Two

It was a supremely hopeful moment. Although the technology to keep kidney patients alive through dialysis had arrived, it was still unattainable for all but a lucky few.