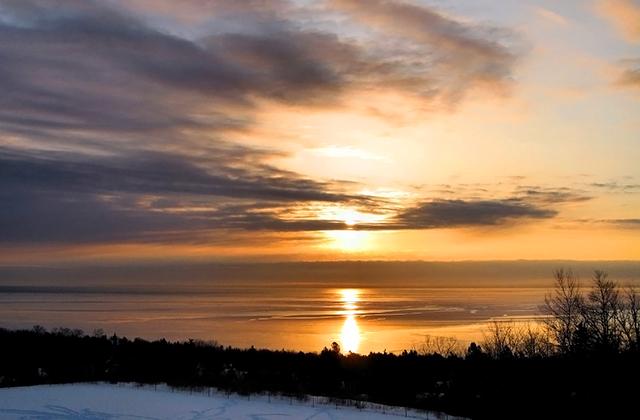 Creative Commons/Sharon Mollerus
Researchers also have found that the rate of heart attacks tend to jump during the first three weekdays after the switch to daylight saving time — particularly for women and for people under the age of 65.

We dutifully turned our clocks ahead Sunday morning for the official start of daylight saving time, as we have in the United States (well, most of it) for the last 49 years (and for brief stretches during World War I and World War II).

Today, most of will be feeling a bit sluggish as our circadian clock adjusts to getting up an hour earlier.

It’s not an adjustment that we do well. Researchers have found slight increases in the risk of traffic accidents and workplace injuries on the Monday after the shift to daylight saving time.

Work productivity also tends to drop on the first Monday after we “spring forward.” In the digital age, that means people will be spending much more time today “cyberloafing,” or using their work computers for personal purposes.

More ominously, researchers also have found that the rate of heart attacks tend to jump during the first three weekdays after the switch to daylight saving time — particularly for women and for people under the age of 65.

“Our data suggest that vulnerable people might benefit from avoiding sudden changes in their biologic rhythms,” note the authors of one such study.

But, of course, we can’t really avoid those sudden changes during the mandatory switch to daylight saving time. You can try going to bed earlier, but until your circadian clock adjusts (and that can take a week), there’s no guarantee you’ll actually fall asleep earlier.

That’s why some people are calling on the federal government to make daylight saving time permanent.

In an article published online last week for Vox, science writer Joseph Stromberg outlines the arguments for year-round daylight saving time. In addition to pointing out the negative health risks associated with the spring shift to daylight saving time, he also explains that there’s no good evidence that the current system of biannually moving our clocks either backward or forward reduces energy use — the key rationalization we started the system in the first place.

But there is some good evidence, he adds, that the extra hour of evening daylight offers financial benefits to the U.S. economy. It gives people more time after work to be out and about — and spending money.

Of course, an extra hour of sunlight in the evening also means people have more time to be outside walking or biking or engaging in other healthful physical activities. But it’s not clear that Americans take advantage of that benefit. A 2014 study found, for example, that children in Europe and Australia — but not those in the United States — spent more time playing outside during daylight saving time.

But what about farmers? Historically, many have been opposed to extending daylight saving time, as Stromberg notes:

Unlike most other workers, farmers can’t easily do some of their work when it’s dark out. This is the original reason why DST is only in effect part of the year — because, due to the late-rising winter sun, year-round DST would mean it’d still be dark out when the clock says farmers should get up to work.

But there are also far fewer farmers than there used to be. In 1918, when daylight saving time went into effect in the US for the first time, farmers made up nearly 30 percent of the US population. Today, that number has dwindled to about 2 percent. So the compromise system we now have means that for 98 percent of the population, DST isn’t in effect during the part of the year when we’d benefit from it most.

Making DST permanent might not be ideal for farmers, but it wouldn’t actually force them to work in the dark. Instead, they’d start working with the sun in the exact same position in the sky, and clocks would display a different digit. …

What’s more, many farmers have come to oppose the actual time shift, rather than DST itself. Dairy farmers, for instance, say the twice-annual shift forces them to move milking times, which can be difficult for cows. Permanent DST would solve this problem, too.

The only real downside to permanent daylight saving time, says Stromberg, is that young children would be forced to go to school in the dark.

But, as he also points out, science has shown us that children would benefit from starting school at a later hour anyway. So maybe we should be changing when our schools are open rather than our clocks twice a year.

You can read Stromberg’s article on the Vox website.

Oh … and be careful out there today.