Leading furniture makers appear to be phasing out their use of toxic flame retardants in their products, but mattress and carpet-padding manufacturers are lagging behind in such efforts, according to a report published this week by a national group of environmental health organizations, including the Minnesota-based public health coalition Healthy Legacy.

“Although a growing number of companies are finding ways to meet flammability standards without using toxic chemicals, there are still several major product makers who either have not made the transition or do not let their customers know what is in their products,” write the authors of the report. “This has to change so people can make smart choices that protect their families and environment.”

“It’s really, really confusing for consumers,” said Healthy Legacy co-director Kathleen Schuler in an interview with MinnPost. “I wish I could give them more concrete information because it’s kind of a wasteland out there. If you don’t want flame retardants in your products, how do you do that?”

There’s good reason to not want flame retardant chemicals in your sofas, mattresses, carpeting and other household products, for they can be easily transferred into the human body through dust. Such migration is particularly problematic for children, who have been found to have very high levels of these chemicals in their bodies.

In addition, researchers have demonstrated that such chemicals can make fires more toxic — a factor that has become a growing concern for firefighters.

For the new report, Schuler and her colleagues identified top-selling manufacturers (38 in all) in three product sectors: home furniture, full-sized mattresses, and carpet padding. They then sought information from those companies on whether they had moved away from using flame retardant chemicals. They gathered this data by conducting online searches, by calling the companies’ customer service phone lines, and, finally, by sending letters to the companies that explained why they wanted the information.

Here are the report’s key findings:

“Recycling is obviously a good thing,” said Schuler. “We don’t want to put it in landfills or incinerate it. But the problem is that if we continue to use different chemicals in the foam and we recycle it, we’re keeping it in our product cycle. So we’re hoping that more and more companies will phase it out of the foam so that when we do recycle it, those chemicals aren’t recycled back into our homes.”

Furniture manufacturers that haven’t shifted away from using chemical flame retardants “should take immediate steps to do so,” write Schuler and her colleagues, and the makers of mattresses and carpet padding “should work with suppliers to assure that all components of their products, including the foam, do not contain chemicals.” 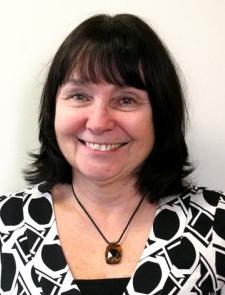 Retailers, too, have a role to play — by working with their suppliers to make sure the products they sell are flame-retardant-free and by posting that information on their websites and in their stores.

Shuler and her colleagues also urge policymakers at all levels of government to “press for more health protective policies that reduce exposure to toxic chemical flame retardants.” At the national level, they urge passage of the “Children and Firefighters Protection Act of 2014,” which has been introduced by Sen. Charles Schumer, D-N.Y.

In the meantime, though, consumers who want to avoid bringing products with flame retardant chemicals into their homes are going to need to do their homework.

“We don’t want people to do huge research projects, but, unfortunately, they still need to do it sometimes,” said Shuler.

Here are some tips from the report:

The organizations behind the report are all part of the Safe Sofas and More campaign, which advocates for nonhazardous fire safety techniques. You can read the report in full online, including its appendices, which list the names of all the manufacturers contacted and whether they use flame retardants in their products. Schuler has also compiled a flame retardant “fact sheet” for consumers.