The Zika virus is the latest mosquito-borne illness to spread across the Western Hemisphere.

On Jan. 15, after doctors in Brazil reported a suspected link between Zika infections in pregnant women and babies being born with microcephaly (a devastating neurological disorder characterized by an abnormally small head and incomplete brain development), the Centers for Disease Control and Prevention (CDC) issued a travel alert for U.S. women who are pregnant or thinking about getting pregnant. They were warned to avoid countries or territories where the Zika virus has been reported: Brazil, Colombia, El Salvador, French Guiana, Guatemala, Haiti, Honduras, Martinique, Mexico, Panama, Paraguay, Suriname, Venezuela, and Puerto Rico. UPDATE: On Friday, the CDC added these additional places to the list: Barbados, Bolivia, Ecuador, Guadeloupe, Guyana, Cape Verde, Samoa and the island of Saint Martin.

Brazilian health officials have announced that they are investigating more than 3,500 cases of microcephaly that have occurred in that country since last spring. In a typical year, the country has about 150 cases.

Concern is also mounting in Brazil that the Zika virus may be triggering cases of Guillain-Barre syndrome, a rare disorder in which the body’s immune system attacks the peripheral nerves, causing sudden muscle weakness that can leave people temporarily unable to move and requiring life support to breathe.

Earlier this week, the Minnesota Department of Health (MDH) joined the CDC in advising doctors to start looking for evidence of the Zika virus in patients who have recently returned with virus-like symptoms from the countries cited in the CDC travel alert.

There is no evidence of Zika-infected mosquitoes on the U.S. mainland, but some scientists are concerned that the insects might arrive soon, perhaps as early as this spring. On Wednesday, the CDC confirmed “a dozen or so” cases of Zika virus among U.S. residents last year, but all involved people who became infected while out of the country. None of those cases was diagnosed in Minnesota, although the state did have a confirmed case of the virus in 2014, according to MDH officials.

So, how concerned should Minnesotans — particularly women of childbearing age — be about Zika? To get an answer to that and other questions about the virus, MinnPost spoke with MDH epidemiologist Dave Neitzel. An edited transcript of that interview follows.

MinnPost: What is Zika?

Dave Neitzel: It’s a virus closely related to a lot of other viruses transmitted by mosquitoes, like West Nile virus and dengue virus. Scientists have known about it for many years now. It’s been seen in Africa, Asia and some of the Pacific islands. But last year it showed up for the first time in the Western Hemisphere, and is now being seen throughout much of South America, Central America, Mexico, and the Caribbean.

MP: What are its key symptoms?

DN: For most people, the Zika virus is asymptomatic. They fight off the virus without showing any symptoms. But for the people who do have symptoms, usually they have fever, rash, joint aches, and some people get what we call conjunctivitis, or pink eye.

MP:  I’ve read that about 80 percent of people show no symptoms, is that correct?

DN:  Yes, and that’s actually very similar to the West Nile virus that we see circulating here in Minnesota. Most people who get West Nile virus are also able to fight it off without showing any symptoms.

MP: Are there any vaccines or treatments for the Zika virus? 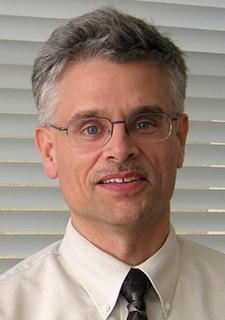 DN: There is no treatment for the virus whatsoever. Doctors may be able to offer some supportive care to reduce the severity of the fever and lesson some of the joint pain, but there’s nothing that directly treats the virus. The virus just goes through the person’s system, and then is gone. Unfortunately, though, humans are the reservoir for the virus. Mosquitoes get the virus from infected humans who are carrying the virus. So the virus circulates from mosquitoes to people and then back to the mosquitoes again.

MP: The complication we’ve been hearing the most about is microcephaly. Why are we only hearing about it now, when the virus has been around for decades?

DN:  When Zika outbreaks have occurred in Africa, Asia and the Pacific islands, the outbreaks have been small and the reported cases have primarily involved relatively mild illness that isn’t life threatening or very severe. But the outbreak that’s currently occurring, especially in Brazil, is large enough — affecting enough people — that we’re starting to see some of the more unusual outcomes that can happen from this virus. Microcephaly is one of these unusual outcomes.

MP:  Do we know for sure that the Zika virus is the cause of the recent increase in the number of cases of microcephaly in Brazil?

DN: In the last week or so the Centers for Disease Control has confirmed the presence of the virus in at least some of these cases. That’s one more step towards confirmation. We’re fairly confident that this is related to the virus infection.

MP: There’s also been concern in Brazil of a connection between the Zika virus and Guillain-Barre syndrome.

DN:  That’s something that needs a bit more study done, but that would certainly not be unexpected. There are probably all sorts of severe outcomes that could happen from this virus, but these are the [two] detected so far.

MP:  Should we be worried about Zika-infected mosquitoes here in Minnesota?

DN:  In Minnesota we have 51 different species of mosquitoes, and about two dozen of those feed on humans. There are two species that have been implicated as potential Zika virus vectors. The main one is Aedes aegypti, the yellow fever mosquito. It’s a tropical mosquito that’s native to the very southern edge of the United States, like southern Texas, Arizona and Florida. It’s not a mosquito that we really see anywhere near Minnesota.

The other mosquito that’s has been implicated as a potential vector of the Zika virus is the Asian tiger mosquito [Aedes albopictus]. It was imported into the United States accidentally back in the mid-1980s in shipments of used tires from Korea and Japan. Asian tiger mosquitoes have become established throughout much of the eastern United States. In Minnesota, there have been infestations of this mosquito since 1991, roughly 15 or so. But they have all been eradicated by the work done by the Metropolitan Mosquito Control District in the Twin Cities, and also maybe by our Minnesota winters, which make it tough for the mosquito eggs to survive the winter.

MP: Has the Zika virus been found in either of these mosquitoes in mainland United States?

DN:  No. Not so far. In Minnesota, we consider the Zika virus to be mainly a risk for travelers. The likelihood that the virus would become established here is low — not impossible, but low.

MP: I’m assuming you concur with the CDC’s recommendation that pregnant women or women considering getting pregnant not travel to places where the virus is known to be actively transmitted.

DN: Yes. Even for anyone else, it would be good to bring along some mosquito repellant and use it when you’re there. Also, stay in dwellings that have good window screens that keep mosquitoes out. The mosquitoes that are doing most of the Zika virus transmission are day-active mosquitoes. They can bite you any time of the day. They are also pretty abundant in urban conditions. They live right in and around people very effectively, and they will come inside buildings to bite people.

MP: The Minnesota Health Department has recently asked doctors in the state to consider testing people for the virus if have recently traveled to the countries in the CDC’s travel alert and are exhibiting symptoms.

DN:  Yes. This week’s MMWR [published by the CDC] has recommendations for testing pregnant women for the Zika virus. If pregnant women are symptomatic, testing is recommended. If they don’t have symptoms, they can be monitored by their physician, such as with ultrasound, to make sure that the fetus is developing correctly.

MP:  There’s been only one documented case of Zika virus in Minnesota, correct?

DN: Yes. It was in 2014, somebody who had been in French Polynesia. That was just a regular Zika case with fever, rash and joint aches. It wasn’t a severe case at all.

MP: It sounds like the bottom line is that nobody in Minnesota should be panicking about this virus. The risk is small.

DN:  Yes. If folks are planning to travel to any of the countries in the Caribbean, Central or South America, or Mexico over the next few months, it would be a good idea to bring along mosquito repellant. And if women are pregnant, they should think about postponing that trip.

MP: Should we be expecting more of these kinds of mosquito-transmitted diseases here in Minnesota in the future?

DN:  In 1999, when West Nile virus was first seen in the United States, that was a real wake-up call to a lot of scientists that the world is a small place, and it’s pretty easy to move around various disease agents, including mosquitoes that can transmit mosquito viruses. We need to think more globally when we think of disease risks.

FMI: You can find more information about the Zika virus on the CDC’s website.

MDH epidemiologist: likelihood of Zika virus showing up in Minnesota is low