Young adults who practice yoga — particularly overweight young adults — are less likely to gain weight over time, according to a new study from the University of Minnesota.

The study’s finding suggests that yoga may be a useful strategy for preventing weight gain.

“Many, many efforts at weight control are counterproductive,” said Dianne Neumark-Sztainer, the study’s lead author and head of the Division of Epidemiology and Community Health at the U of M, in an interview with MinnPost. “We’ve seen in our research, for example, that going on a diet and feeling bad about your body predicts weight gain over time.”

“Yoga is not done for weight control, but it offers people an opportunity to develop a positive relationship with their body,” she added. “It’s a nicer way to approach the body, by treating it with kindness and by engaging in some gentle physical activity.”

Neumark-Sztainer became interested in exploring yoga’s potential for preventing weight-related problems after she injured her back about 10 years ago and rekindled her own yoga practice.

“I felt a lot of changes in my own body, and I started wondering what implications it would have for my particular field of research,” she recalled.

Obesity is, of course a major public health concern. And although obesity is lower in young adults than in older age groups, almost a third (32.3 percent) of Americans aged 20 to 39 were obese in 2014, according to the Centers for Disease Control and Prevention.

For the current study, Neumark-Sztainer and her colleagues analyzed survey responses from 1,830 young adults (mean age 31) who had participated during their teen years in the U of M’s Project EAT (Eating Among Teens and Young Adults), which began surveying Minnesota teens about their dietary and physical activity habits in the late 1990s.

The results revealed that, over five years, young adults who were overweight and who practiced yoga regularly (at least 30 minutes per week) experienced a nonsignificant decrease in their body mass index (BMI). In other words, their BMIs, on average, stayed about the same over the five years.

The young, overweight adults who did not practice yoga, on the other hand, experienced a significant increase in their BMIs.

The difference between the two groups average about two BMI units — or about 10 pounds.

The study is unable to answer why yoga helped with weight maintenance. “But I think it’s working by helping people feel better about themselves, introducing some activity in their lives and changing their eating patterns,” Neumark-Sztainer said.

Yoga appears to be popular among young women, the study found. Two-thirds (66.5 percent) of the study’s nonoverweight young women reported having tried yoga, and more than a quarter (27.2 percent) reported practicing it regularly. 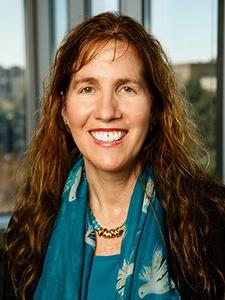 Among overweight young women, almost half (48.9 percent) reported ever doing yoga, and 16.4 percent said they did so regularly.

Yoga is much less popular among men, however. Only 29 percent of the young men in the survey said they had ever tried it, and only 6 percent practiced it regularly.

The study also found that overweight and nonoverweight yoga enthusiasts tended to do the exercises with about the same frequency. But overweight people were more likely to do their downward facing dogs at home rather than in a yoga studio. They were also more likely to prefer “gentle” yoga sequences.

Among all the young yoga practitioners surveyed, reducing stress and getting fit were cited as key reasons for doing the exercises. But the overweight young adults were more likely to also cite weight control and enhanced spirituality as motivators.

The spirituality response “may be because they are doing a gentler practice, which often has a more spiritual quality,” said Neumark-Sztainer.

As Neumark-Sztainer points out, this study has several important limitations. Most notably it is an observational study, so it cannot prove a causal connection between yoga and keeping weight gain at bay. Other factors could explain the results. Indeed, the yoga practitioners in the study tended to have higher educational and income levels, two factors associated with lower BMIs.

But the study’s findings are provocative, particularly since yoga has been found to have a similar effect on weight gain among healthy, middle-aged adults.

Further research is needed, said Neumark-Sztainer, to determine which types of yoga-based interventions would be both acceptable to — and effective for — young overweight adults from different backgrounds. As already noted, only a small percentage of overweight men do yoga regularly. The study found the same is true for overweight African-Americans.

“We’re not trying to convince everyone to do yoga,” said Neumark-Sztainer. “That said, there are things that could be done to make the practice more accessible to populations who would benefit from it.”

Those things includes making yoga classes more affordable and locating them in areas of need, as well as designing them to ensure that people of all sizes and abilities feel welcome.

Some of those efforts are already under way. “There is a stereotypical image of the yoga practitioner who is female, white, thin and highly educated,” said Neumark-Sztainer. “In some ways, that’s probably true, but there is a growing movement in the field of yoga to make it more acceptable and more comfortable for people of different backgrounds.”

FMI: The study was published in the Journal of Physical Activity & Health. You’ll find an abstract of the study on the journal’s website, but the full study is behind a paywall.