Kate Nordstrum is busy getting ready for two babies. One will be her first child, due in mid-May. The other is a new music series the St. Paul Chamber Orchestra plans to launch next fall. She’s been worrying about names for both of them.

In December, the SPCO hired Nordstrum as producer, special projects, about six months after she left the Southern Theater. Before the Southern’s financial implosion last year, she made the West Bank venue a hub for new music by venturing into what you might call No-Name Land, the hard-to-describe territory that lies between musical genres. Looking in one direction, Nordstrum admired the orchestral and chamber music she found in formal concert settings. Turning another way, she felt attracted to the indie music scene at First Avenue and other clubs. “The music I was interested in presenting was between those worlds,” she says. 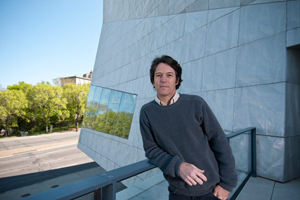 The territory is familiar to Philip Bither, McGuire senior curator, performing arts, at the Walker Art Center. Although he resists labels, he uses “contemporary classical” or “alternative classical” as shorthand for the kind of music Nordstrum is talking about. Bither says it appeals to audiences “who want to check out music that they don’t see in music store racks, or that may not be part of the classical canon.”

Perhaps mindful of an element capable of winding through that varied terrain, Nordstrum has just decided to call the SPCO series “Liquid Music.” She says she chose the name because she’s aiming for “fluidity of concert structure, often with a loose narrative undercurrent.” All of the music will be classical in a broad sense; Nordstrum says she has freedom to stretch the definition.  She also wants it to be accessible.

“When you say ‘new music’ there’s a connotation that it’s difficult or crunchy. You have to try to like it. I’m interested in music that touches the heart.” The fact that she does not have a professional music background is an advantage, as far as Nordstrum is concerned: “I’m trying to put together a project that appeals to laymen as well as aficionados.”

Bither got to know Nordstrum when they worked together on bookings at the Southern. “I’ve admired the choices she’s made,” he says. “She has her ear to the ground with the younger generation of audiences and composers. She’s definitely well informed, passionate, and has a point of view about what she loves and why. Those are all earmarks of a good performing arts curator.” 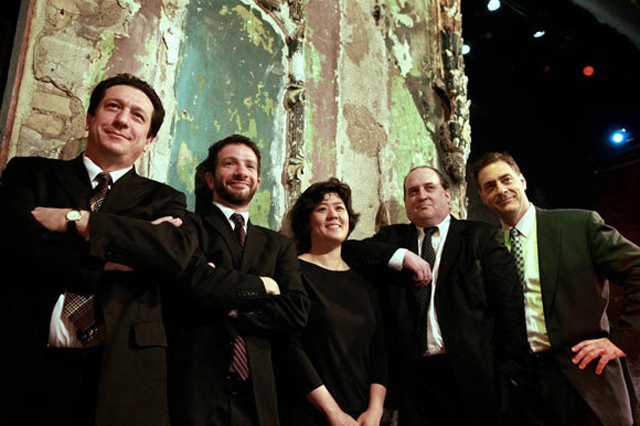 Another Nordstrum fan is the SPCO’s director of artistic planning, Patrick Castillo. When he attended her early programs at the Southern, he recalls being “struck by the catholicity of what she was presenting.” Artists he heard there ranged from Accordo, a local chamber ensemble that Nordstrum helped to create, to composer/performers such as New Yorker Nico Muhly, who are “rooted in classical music but existing in a more nebulous, experimental space. I saw great potential to broaden our audience base,” Castillo says.

To Lincoln Center and Back

Nordstrum’s work at the Southern sprang from a New York source. A native of Wisconsin Rapids, Wis., and a graduate of the U of M’s Carlson School, Nordstrum spent several years on the marketing staff at New York’s Lincoln Center. After returning to the Twin Cities in 2005, she handled marketing at the Southern before taking charge of music programming.

At the time, some of her New York contacts were starting a project called Wordless Music, a performance series exploring commonalities between classical and contemporary instrumental music. The Southern soon became Minnesota headquarters for Wordless Music. When she witnessed the audience reaction, Nordstrum knew she was onto something. “The first two shows were completely sold out. There was so much intensity … people were on the edge of their seats. They were clearly moved by what they were hearing.”

When she left the Southern a year ago, Nordstrum continued with the flow she had established, booking rock, classical and electronic music performers under the banner Kate Nordstrum Projects.  At the same time, says Castillo, the SPCO was talking about ways to “animate” and “reinvigorate” its programming efforts. And he says the SPCO Center, its 250-seat performance/rehearsal space in St. Paul’s historic Hamm Building, was going dark much of the time. As Castillo puts it, “a perfect storm of circumstances” brought them together.

Video and Electronics in the Mix

The plan they assembled last fall will create a new concert series outside of the orchestra’s existing schedule, one that will introduce new artists and new compositions to Twin Cities audiences, showcasing classical music in non-traditional ways — occasionally involving video and electronics. SPCO players will participate in some, but not all, programs. Castillo and Nordstrum also plan to create thematic tie-ins with programming for the orchestra as a whole. More than anything, says Nordstrum, they wanted to avoid making Liquid Music feel like “an island or a rental in the space.”

Although it will be another month before she reveals which musicians she’s bringing in for Liquid Music’s debut season, Nordstrum allows that one project features “an artist I’ve always dreamed of working with … one of the seminal artists of our time, kind of like a godmother.” In another, a former SPCO Artistic Partner will turn a piece by “an up-and-coming vocalist and electronics artist” into a work for chamber ensemble.

The audience Nordstrum has in mind is one that takes music seriously but may not be comfortable with the formality of a concert hall or the noise of a rock club. Because of that, she emphasizes the importance of the venue in “creating a space for art and creativity and imagination.”

Her attitude was shaped by the “dreamy atmosphere” she found at the Southern, where mood lighting and a theatrical setting helped the audience feel comfortable, she says. “Wine is really important too,” she laughs. But she’s not joking. Along with low lights and cabaret seating, the SPCO Center will add a bar at the back. “I want people to let their guard down, relax and just enjoy,” Nordstrum says.

In other words, Nordstrum and the SPCO are out to make classical music more palatable to hipsters, right? Not at all, Nordstrum says.

“What I care about is not the hip factor. I do care about giving artists and audiences more options and access points to classical music. I want to inspire audiences with serious music, not dumbed-down programming like Coldplay for chamber orchestra. Not putting gimmicks into the mix to seem relevant.”

“In a way it’s an extension of the philosophy that informs our orchestral programming,” he says. “I’m a firm believer in juxtaposing disparate stuff, showing how traditions inform one another. It’s all part of a continuum.”

But Will They Come?

From his vantage point across the river, Bither is glad to see more local attention for genre-busting music. But, he admits, “there might have been moments I had some concern. Can all of this non-traditional, non-commercial music work in the Twin Cities?” This past year at the Walker he says he’s been “encouraged about the size of audiences for even the most challenging artists. That said, everyone needs to be careful around the density of programs.”

Liquid Music will directly overlap with only one type of music Bither brings to the Walker. In as many as three concerts during the coming season, Nordstrum says the two organizations plan to collaborate rather than compete — continuing a Walker-SPCO tradition that dates back to the 1970s.

With that new baby due next month, only one more Kate Nordstrum Project is booked for this spring: Accordo’s May 14 concert at Christ Church Lutheran in Minneapolis. After she returns from maternity leave, Nordstrum says she’ll focus on funding for Liquid Music, starting with a renewal of the Augustine Foundation’s current one-year planning grant, and on the debut of the new initiative. For her and for Castillo, the sign of success will be performance spaces filled with new faces.

From what he’s seen since coming to St. Paul in 2010 from the Silicon Valley festival Music@Menlo, Castillo is optimistic that people will buy tickets.

“It’s a broader audience than what I’m accustomed to,” he says. “Other markets aren’t generating as much interest across as broad a community.” He finds Twin Cities listeners to be “very welcoming.” And with the wine flowing at Liquid Music, the welcome may be just a little bit warmer.